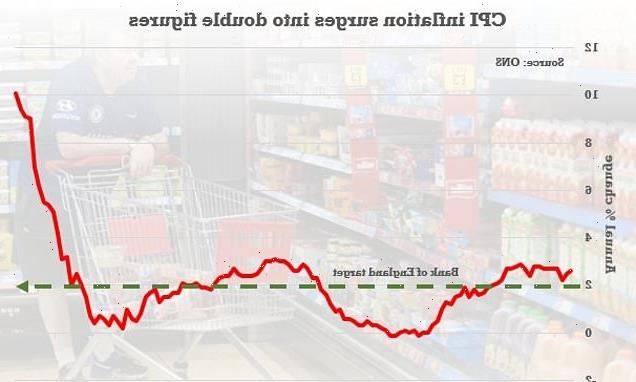 Pain for Britons as inflation rises to 10.1% driven by food prices

More pain for Britons as inflation rises to 10.1% driven by food prices – while pensioners and benefits claimants face missing out on £400 hikes as Truss hints triple lock will be axed in £40bn spending squeeze

Hard-pressed Britons faced 10.1 per cent inflation last month – a 40 year record – as food prices continue to soar as it emerged that millions of pensioners could face an income squeeze of up to £430 next year after Liz Truss ditched her pledge to protect the ‘triple lock’.

The rate of Consumer Price Index inflation rose to 10.1 per cent in September from 9.9 per cent in August, the Office for National Statistics has said.

Last month’s inflation rate was 0.1 per cent higher than expected – and is now eight per cent above the Bank of England’s target of two per cent.

Chancellor Jeremy Hunt said this morning that the Government ‘will prioritise help for the most vulnerable while delivering wider economic stability’.

The CPI inflation figure is usually used as the benchmark to raise benefits and the state pension, but the Government has refused to confirm that payments will keep pace with rising prices.

Mr Hunt said: ‘I understand that families across the country are struggling with rising prices and higher energy bills. This Government will prioritise help for the most vulnerable while delivering wider economic stability and driving long-term growth that will help everyone. 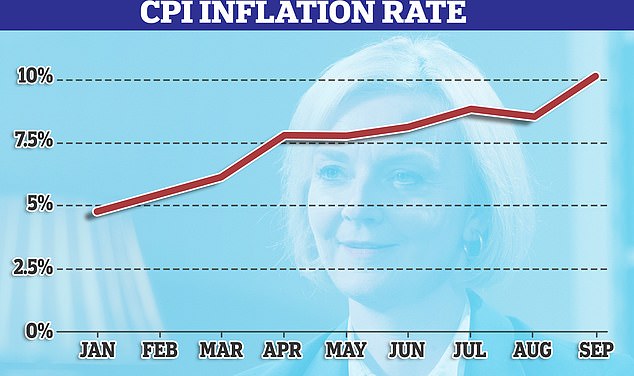 Inflation has rocketed this year.  The rate of Consumer Price Index inflation rose to 10.1% in September from 9.9% in August, the Office for National Statistics has said. Last month’s inflation rate was 0.1% higher than expected. 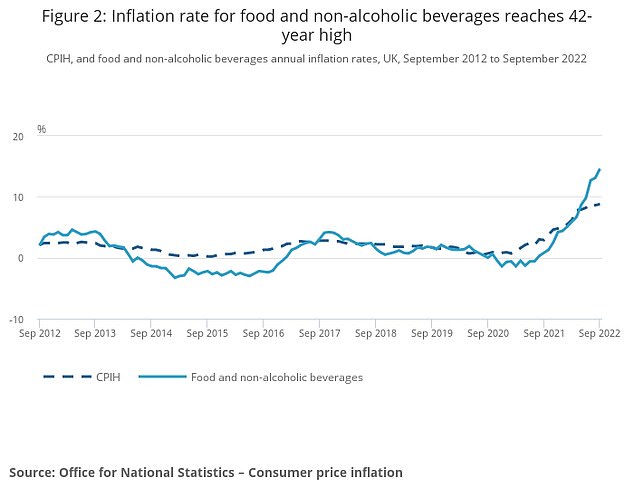 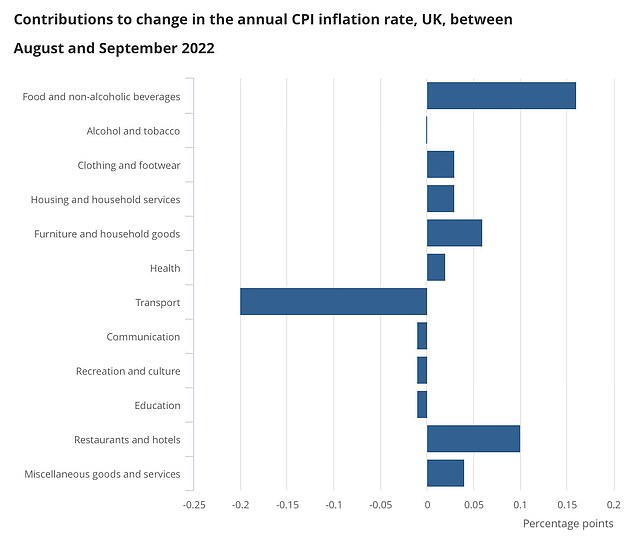 ‘We have acted decisively to protect households and businesses from significant rises in their energy bills this winter, with the Government’s energy price guarantee holding down peak inflation.’

The bad news came after a surprise U-turn – another by the PM – as Downing Street warned she was no longer committed to raising pensions in line with inflation, despite having guaranteed just that only two weeks ago.

‘The rise was driven by further increases across food, which saw its largest annual rise in over 40 years, while hotel prices also increased after falling this time last year.

‘These rises were partially offset by continuing falls in the costs of petrol, with airline prices falling by more than usual for this time of year and second-hand car prices also rising less steeply than the large increases seen last year.

‘While still at a historically high rate, the costs facing businesses are beginning to rise more slowly, with crude oil prices actually falling in September.’