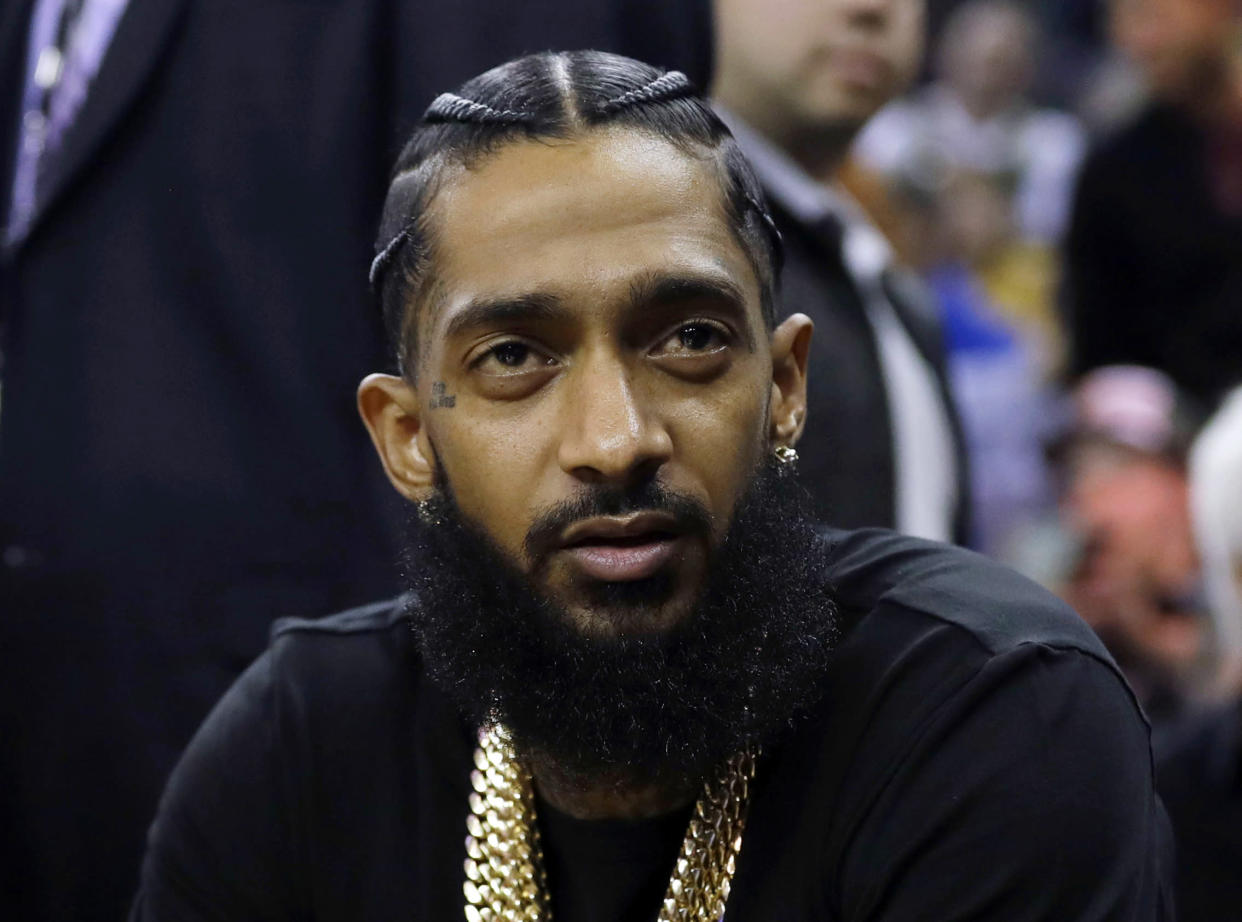 Three years after Grammy-winning rapper, visionary entrepreneur and hometown hero Nipsey Hussle was gunned down in a stunning public slaying outside his South Los Angeles clothing store, his admitted killer was convicted of murder on Wednesday.

A jury of nine women and three men decided Eric Ronald Holder Jr. acted with premeditation when he opened fire on the beloved musician with a black semiautomatic in one hand and a silver revolver in the other during an afternoon ambush at a strip mall parking lot on March 31, 2019.

Whereas an estimated 20,000 fans and music industry elite packed the Staples Center for Hussle’s public memorial – and thousands more mobbed his hearse during its 25-mile procession through the streets of South Los Angeles – Holder was on his own in the courtroom when he learned his fate, save for his public defense team.

In his closing argument last week, Deputy District Attorney John McKinney highlighted the devastating loss at the center of the trial that Hussle’s immediate family chose not to attend. The prosecutor called Hussle “a favorite son” of South Los Angeles who transcended the “pockets of concentrated poverty” and perils of gang life gripping his Hyde Park neighborhood to become an acclaimed recording artist, burgeoning entrepreneur and noted philanthropist.

“He was a father, he was a son, he was a brother, he was a human being,” the prosecutors said, showing jurors a photo of Hussle crouching down to take a photo with a young child just moments before his death.

As soon as the trial kicked off with opening statements June 15, Holder admitted through his public defender, Aaron Jansen, that he fired the 10 or 11 bullets that struck the rapper from the top of his head down to his feet, ripping through his liver and lungs and severing his spine. But Holder, 32, was adamant the deadly attack amounted to only voluntary manslaughter, not premeditated murder. Jansen said his client was acting in the “heat of passion” when he started firing his weapons a “mere nine minutes” after an initial parking lot conversation with Hussle in which the Keys 2 The City rapper mentioned a rumor was circulating that there was “paperwork” on Holder. In gang parlance, “paperwork” means documentation showing someone is a police informant. Janen said his client considered the allegation a “snitch jacket” that threatened his life.

Holder, like Hussle, joined the Rollin’ 60s Neighborhood Crips as a teen, but by 2019, he had become a father, moved to Long Beach, started working at a restaurant and put his gang membership “in the rearview mirror,” Jansen said. When Holder happened upon Hussle the day of the shooting, it was a chance encounter, the lawyer said. Riding shotgun in a female friend’s Chevy Cruze, Holder visited the strip mall because he had a “craving for the famous chili cheese fries” at the Master Burger restaurant a few doors down from Hussle’s store, not because he harbored any animosity, Jansen said.

“Think about Eric’s state of mind at this point. ‘I just came over to say hello, haven’t been around for a while. I’m just waiting for my order to be ready. I’m not involved in that lifestyle anymore. And the famous – the great – Nipsey Hussle is saying that they have paperwork on me. What’s this guy’s angle? Why’s he doing it? Why is he doing it in this public manner?’”

“This is a provocation that stirs up rage and powerful emotions, swirling around the head. Rage that he would do this in public, in the heart of Rollin’ 60s territory, in a complex that he owns, when Eric just came there for food,” Jansen said. “Nipsey Hussle carries a lot of weight,” he continued. “What if he calls you a snitch in a song and names you?”

Jansen called the case “overcharged from the beginning,” saying his client, who was beaten up and slashed with a razor by fellow inmates amid the high-profile trial, was willing to “take responsibility for his actions” and admit to voluntary manslaughter early on in the case. McKinney, meanwhile, scoffed at the suggestion that Hussle provoked his own slaying with the mention of “paperwork.” He urged jurors to reach a verdict of first-degree murder.

“It’s not like he put an ad in the paper. Or, ‘Imagine he might write a song and put in in a song.’ He didn’t do that. (Defense) counsel is trying to make it into something it never was,” McKinney argued Thursday. He said the people who witnessed the “paperwork” conversation – including Hussle’s close friend Herman “Cowboy” Douglas and Holder’s friend-turned-unwitting getaway driver, Bryannita Nicholson – described the parking lot exchange as short and civil, nothing that raised a specter of imminent danger.

“It wasn’t hostile. It didn’t look like a fight was about to happen. No one was agitated,” McKinney said in his closing.

According to McKinney, Holder “had plenty of time” to reflect and “cool down.” He said in the 10 minutes between the initial parking lot conversation and the shooting, Holder rode around the block in Nicholson’s car one and a half times, loaded bullets in the magazine of his semiautomatic, ate some chili cheese fries, donned a shirt, ordered Nicholson to wait for him in an alley, stalked back to the parking lot wielding two loaded guns and unleashed his surprise attack. “There’s plenty of evidence of premeditation and deliberation,” McKinney argued. And either way, “a cold, calculated decision to kill can be reached quickly,” he said.

“I submit to you that the motive for killing Nipsey Hussle had little or nothing to do with the conversation they had; there’s already a pre-existing jealousy,” McKinney told the jury Thursday. “Here you have Nipsey Hussle, who is a successful artist from the same neighborhood, [and] Mr. Holder, who is an unsuccessful rap artist.”

Hussle, born Ermias Asghedom, was a mixtape veteran on a clear upward trajectory when his life was cut short at the age of 33. A month before he died, he attended the 2019 Grammys with his daughter Emani and girlfriend Lauren London, in support of his debut studio album, Victory Lap, which was nominated for best rap album. A year later, he was awarded two posthumous Grammys for his performances of “Racks in the Middle,” and the uplifting track “Higher,” a collaboration with DJ Khaled and John Legend.

London, who welcomed a son with Hussle, told mourners at the rapper’s Staples Center memorial that she’d “never felt this type of pain before.” She then read a heartfelt text message that she’d sent to Hussle two months prior. “I want you to know I feel real joy in my heart when I’m around you,” the message read. “I feel safe around you … Protected. Like a shield over me when you’re around.”

Beyond his music and personally helmed businesses, Hussle also was a prominent investor in Vector 90, a tech incubator and co-working space in the Crenshaw District, and promoter of the Destination Crenshaw project, an outdoor commercial corridor filled with public art installations, pocket parks and newly planted trees running 1.3 miles along Crenshaw Boulevard in South Los Angeles.