Kenneth Petty, husband to rapper Nicki Minaj, has been sentenced to probation and house arrest for failing to register as a sex offender, NBC and CBS Los Angeles report.

Petty is also ordered to pay a $55,000 fine, in addition to spending three years on probation and a year in home detention, according to the local news outlets.

“We appreciate and respect the Court’s decision granting the defense request for probation and home confinement,” Petty’s attorneys Michael Goldstein and Hagop Kuyumjian said in a statement to USA TODAY Wednesday.

USA TODAY has reached out to the United States Attorney’s office and Minaj’s rep for comment and further details. 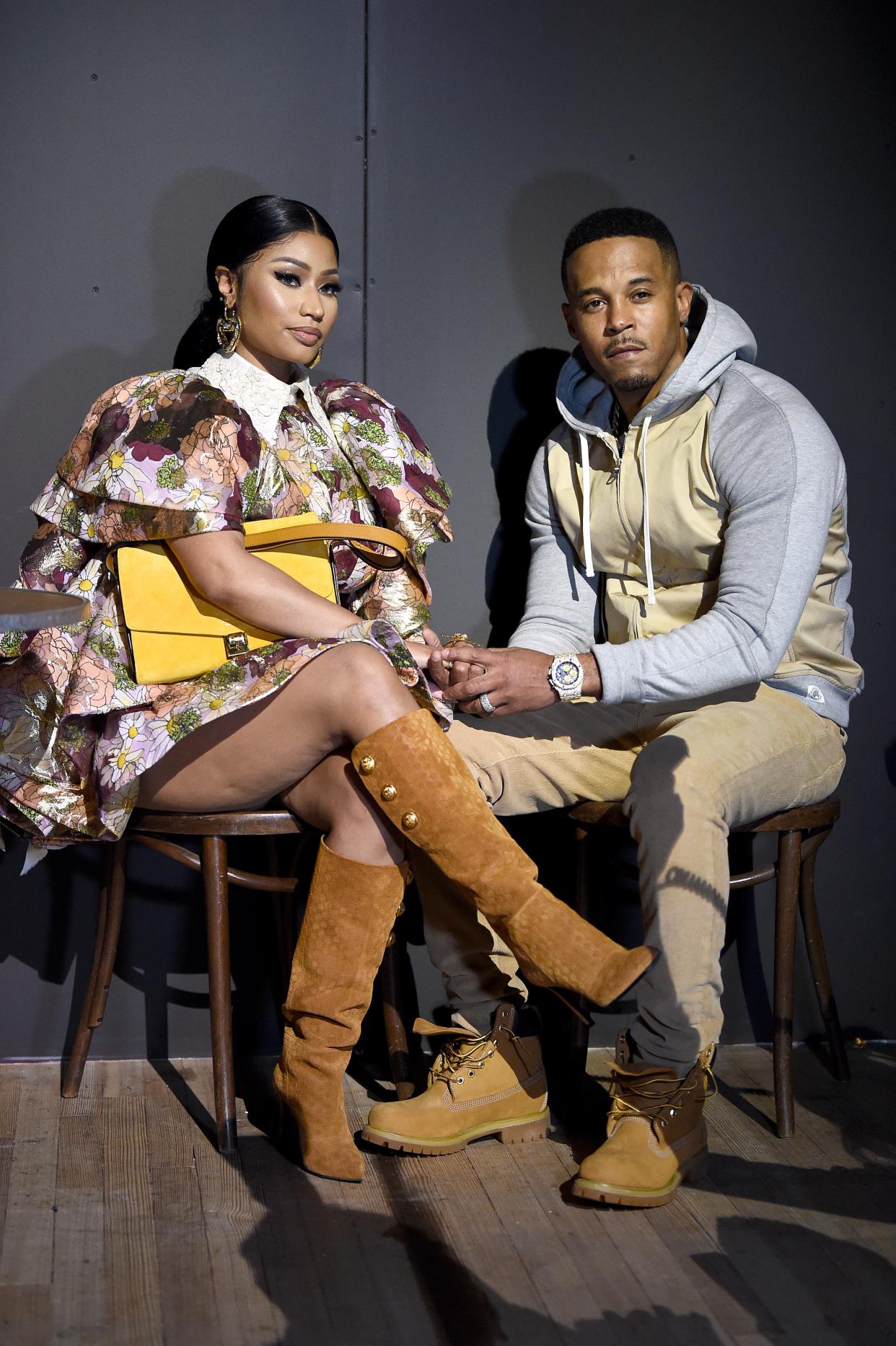 Petty turned himself in to federal custody in March 2020 after failing to register as a sex offender in California, the U.S. Marshals Service confirmed to USA TODAY at the time.

Petty moved to Los Angeles in July 2019 before tying the knot with Minaj in October later that year, but according to court documents, he knowingly failed to register as a sex offender as required by the Sex Offender Registration and Notification Act (SORNA).

According to SORNA, a sex offender is “required to update their registration in each jurisdiction they reside, are employed, or attend school.” Failure to register is considered a federal crime.

In August 2021, Petty accepted a plea deal for failing to register.

Petty convicted of rape in 1995

According to New York State’s Sex Offender Registry, in April 1995, Petty was convicted of attempted first-degree rape in connection with a 1994 assault that occurred when both he and the victim were 16.

He was sentenced to between 18 and 54 months in state prison. According to New York State Department of Corrections records, he served just under four years and was released in January 1999.

The DOC website says Petty went back to prison in 2006 after a first-degree manslaughter conviction and served nearly seven years before being released on parole in May 2013.

In September 2021, Hough, the victim in Petty’s rape case, said during an appearance on “The Real” that she wanted to speak to the public because she’s “tired of being afraid.”

“I feel like the actions that were taken in regards to this whole situation put me in a different type of fear at my age, and it was wrong,” Hough said. t”The only way not to be afraid is to continue to speak up.”

Hough recalled the time she says Petty raped her before school that year. Hough encountered Petty at the bus stop and he put an object in her back and forced her into a nearby house, she said.

“I knew what he wanted,” Hough said. “He pushed me down on the bed, we wrestled for my clothes.”

When Petty’s conviction was publicized on social media years later, Minaj claimed Hough and Petty were in a relationship and that Petty was 15 at the time and that Hough was 16. Co-host Adrienne Bailon asked Hough how Minaj’s claims made her feel.

“It was like reliving it again because it was a lie. It wasn’t true. We both were 16. We were never in a relationship. I just felt woman to woman that was wrong of (Minaj),” Hough said.

Hough filed a lawsuit against Minaj and Petty in the Eastern District of New York in August 2021. In the complaint obtained by USA TODAY, the plaintiff brought several claims against the “Super Bass” rapper and Petty, including witness intimidation, emotional distress, harassment, assault and battery.

Hough’s lawyer Tyrone Blackburn wrote in the filing that Minaj and Petty intimidated her, directly and indirectly, pressuring her to not speak about 1994 rape charges against Petty after the case became public knowledge on social media.

Hough told “The Real” an associate of Minaj and Petty came to her home and put $20,000 in her lap in exchange for silence. Hough declined the offer and said she later received a message from the associate saying she “should’ve taken the money because they are going to put that money on my head.”

In October, Minaj announced her marriage to Petty after one year of dating by sharing an Instagram video of matching “Mr. and Mrs.” mugs and coordinating “Bride” and “Groom” baseball caps. She captioned the video with her new legal name and their official wedding date: “Onika Tanya Maraj-Petty 10•21•19.” They reportedly welcomed their first child together in September 2020.

Minaj has been notoriously private about showing off her and Petty’s 1-year-old son, sharing only glimpses of their child to social media and not even revealing his name to the public.