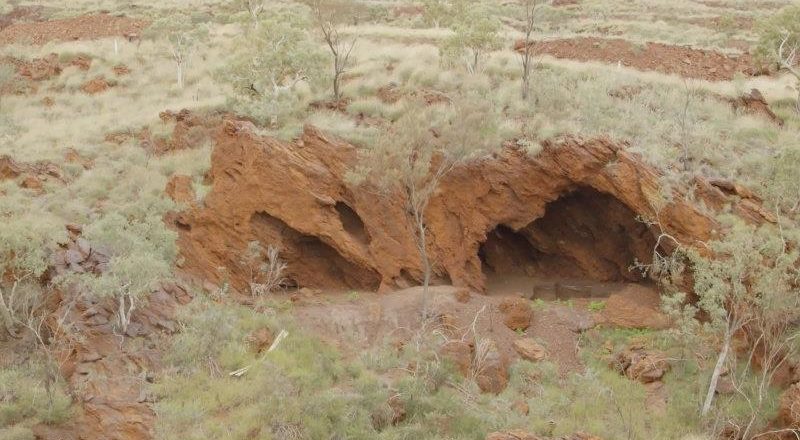 In 2016, developers demolished the 159-year-old Corkman Irish Pub in Carlton. The community was rightly outraged that a piece of Victoria’s history could be torn down without a building or planning permit. They just did it. The state government took the two developers to court, and they were eventually fined $1.1 million and sentenced to 30 days’ jail. For all the penalties, the building is gone.

Now imagine that happening to Melbourne’s Flinders Street Station, or maybe even the Sydney Opera House. It would be inconceivable that such historic and cultural treasures would face the wrecking ball. 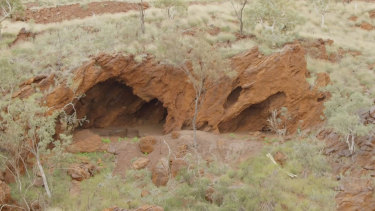 The rock shelters at Juukan Gorge had evidence of continual human occupation tracing back at least 46,000 years, placing them among the most significant archaeological sites in Australia.Credit:PKKP Aboriginal Corporation

And yet, in May last year, Rio Tinto dynamited the 46,000-year-old Juukan Gorge rock shelters in Western Australia as part of the expansion of an iron ore mine. While most Australians may not have heard of the sacred site before its demolition, Juukan Gorge’s significance cannot be overstated, offering a snapshot of Australia’s past that goes far beyond any post-colonial structure or place.

In 2014, an archaeologist found grinding and pounding stones and a 28,000-year-old tool made from bone, each one the oldest example of these technologies known in Australia. Also discovered was a piece of a 4000-year-old plaited-hair belt whose DNA has been linked to today’s Puutu Kunti Kurrama and Pinikura traditional owners. Previous digs had found thousands of artefacts, including grinding stones that were 40,000 years old.

The destruction of the site triggered worldwide condemnation and plunged Australia’s second-largest miner into crisis. While apologies were forthcoming, an uprising by Rio Tinto’s biggest shareholders in Australia and Britain eventually forced the resignations of the company’s chief executive, Jean-Sebastien Jacques, and two of his deputies. Rio’s chairman, Simon Thompson, is expected to step down next year.

For all the apologies and resignations, the real damage is to the First Nations people who have lost a site of enormous significance. And what is unforgivable is that, unlike even a small local pub in Carlton, it was not protected by state or federal laws that should have stopped in its tracks any chance of the destruction happening. That is a disgrace.

This week, a federal inquiry investigating the blasting of the rock shelters has called for national laws to ensure protection of Indigenous heritage and new powers for traditional owners to refuse projects threatening significant sites on their ancestral land. The Senate committee’s recommendations for reforms include making the minister for Indigenous Australians, not the environment minister, responsible for all Aboriginal and Torres Strait Islander heritage matters.

The committee also called for the federal government to legislate for a national framework setting new minimum standards for states’ and territories’ cultural heritage protections in line with international best practice, giving the Commonwealth the power to override decisions made by the states. Traditional owners would also be given “primary decision-making power” regarding their cultural heritage and the ability to refuse development applications for projects that could affect significant sites.

The West Australian Chamber of Minerals and Energy’s director of policy and advocacy, Rob Carruthers, was quick to respond, saying the states should remain the primary regulator and that “any proposal to strengthen federal oversight on Aboriginal heritage matters would not deliver improvements”.

The question has to be asked: how could it get any worse? One of Australia’s most significant sacred sites was destroyed so Rio Tinto could access 8 million tonnes of iron ore, a small fraction of its exports from that region.

This cannot happen again. And it cannot be left to the states or mining companies to have the last say on what is an acceptable level of protection of Indigenous cultural sites. We have witnessed the disastrous result of that system. It is time to put responsibility for protecting Indigenous heritage in the hands of those who have most to lose.