Parts of the South are under tornado warning and watch less than one week after a deadly tornado outbreak hit the region.

The National Weather Service has issued several tornado warnings for parts of eastern Texas, Louisiana and Arkansas, with strong winds expected throughout the latter states, as well as parts of western Mississippi.

AccuWeather says roughly 3 million residents reside in the area under the tornado watch, and moderate risk of severe thunderstorms is likely to stretch from east Texas to Kentucky.

The possible tornados come just days after at least nine people were killed in Alabama and Georgia as the Federal Emergency Management Agency said at least 35 possible tornado touchdowns were reported across the Southeast.

Here’s what to know about the possible tornados in the South: 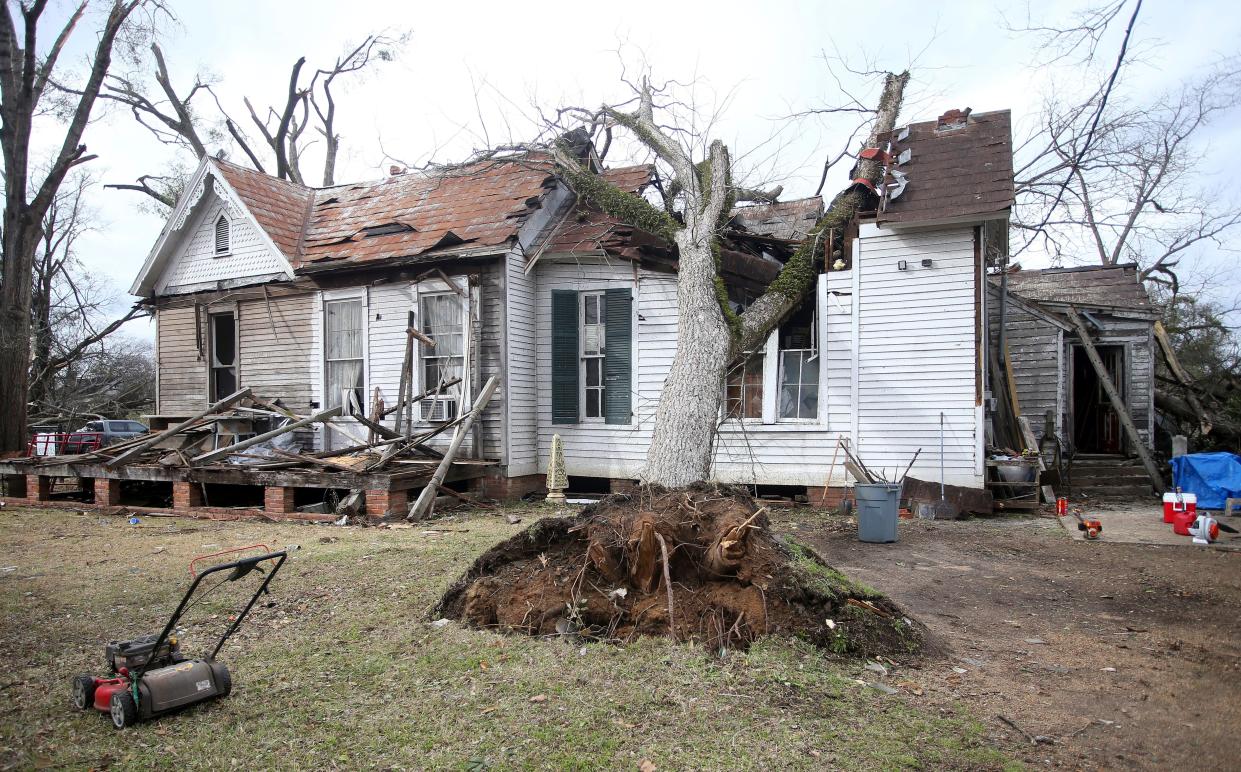 The following areas are under tornado warning, according to the NWS as of 12:23 p.m. CT:

Officials advise people in the regions take cover and move to the basement or interior room on the lowest floor of a sturdy building.

“Flying debris will be dangerous to those caught without shelter. Mobile homes will be damaged or destroyed. Damage to roofs, windows, and vehicles will occur. Tree damage is likely,” the NWS said in an alert.

Pretty sure we just had a tornado move through the Waldo Community here in south Arkansas.

Local residents are fine, but shaken up. #[email protected]@NWSShreveportpic.twitter.com/DplbksB2Pz

Here’s which counties are under tornado watch:

What is the difference between tornado warning vs. tornado watch?

A tornado watch can be issued hours before a severe storm arrives and is intended to let residents know about the potential for a tornado in their area so they can prepare.