A young woman who was charged over a fatal crash in Melbourne’s west has been refused bail after a magistrate found there was too great a risk of her driving again if released without support in place.

Alisha Jane Fagan, 21, cried uncontrollably when told she had to stay in custody over allegations she failed to give way at a Sunshine West intersection early last Thursday and crashed into Sedat Hassan’s car. Hassan, a 69-year-old grandfather, died at the scene. 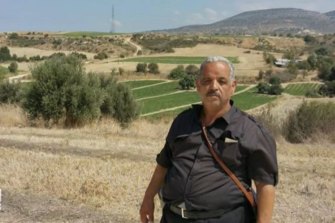 Sedat Hassan died in the crash in Sunshine West.Credit:Nine News

However, Fagan could be released on bail as soon as her lawyers and family can organise a stay at a residential detox and rehabilitation centre where she will get treatment for alcohol and mental health problems.

She faced Melbourne Magistrates’ Court on a video link from custody on Tuesday. She cried and rocked back and forth when magistrate John Hardy refused her application for bail.

“Ms Fagan, I am really sorry,” Hardy told her. “I can see you’re really distressed. It’s the last thing I want to do.”

The magistrate said Fagan’s recent history on the road – which includes allegations that over the past 10 months she had driven while her licence was suspended, been pursued by police and sped at more than 30km/h over the limit – meant “the risk of releasing her is too high”. 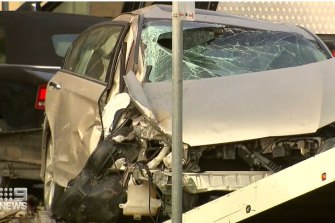 The charges stemming from Thursday’s crash, which include dangerous driving causing death, had “catapulted your circumstances into a different league”, Hardy told her.

Fagan’s lawyers are hopeful a bed at a residential rehabilitation centre will become available within a fortnight.

Hardy said he was not prepared to release the young woman into the care of her father and stepmother in Ballarat without a support program behind her, but he would hear a renewed application once there was a support program in place.

When her link was unmuted, Fagan told the magistrate: “I don’t want to be here. I want to be the person I wanted to be when I was younger.”

“Love you, Dad,” she tearfully called out to her father and other family members watching on a link.

Hassan’s son was also watching on a separate link.

Hardy earlier found there were exceptional circumstances justifying bail because Fagan is a young Indigenous woman who faced a long delay before her case was finalised. The magistrate said if Fagan chose to contest the case, it might not be heard by a County Court jury until well into 2024 because of the backlog of cases in the courts.

But Hardy found Fagan was unable to clear the second hurdle of posing an unacceptable risk of driving if released without a support program, and she therefore posed a danger to the public.

Fagan faces a string of other charges over her driving dating back to August last year. She is due before another magistrate on those matters next week.

Police allege that about 12.45am last Thursday, Fagan was driving three passengers in her white Audi when she failed to give way and hit Hassan’s gold Honda at the intersection of Links and Glengala roads. The impact forced both vehicles into two parked cars.

Fagan told the court last Friday she stayed with the critically injured Hassan, even though her passengers fled, and tried to help him.

But police allege Fagan denied to officers that she was the driver and gave a false name and address. Another woman, believed to be a passenger, later contacted police and reported that Fagan was behind the wheel.

Detective Senior Constable Jason Barry-Bassett told the court on Tuesday investigators had obtained CCTV footage from earlier that morning that showed Fagan exiting and then getting back into the Audi via the driver’s door in the half hour before the crash, while the car was stationary.

However, the detective conceded it was difficult to identify people inside the car when the doors were closed.

Police allege Fagan was carrying a kitchen knife in her handbag after the crash in Sunshine West and that she was also in possession of the drug Xanax. She is separately accused of assaulting an emergency worker on Anzac Day, while she was on bail for other offences.