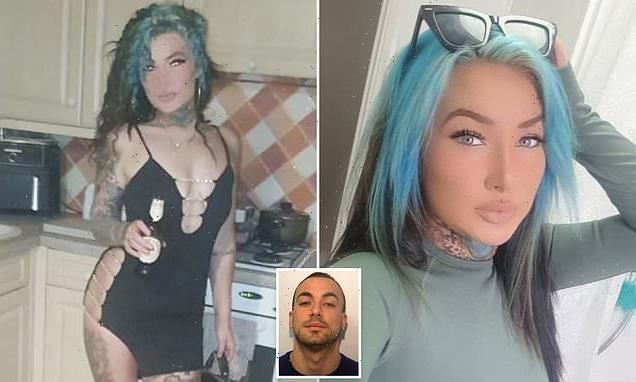 Mother-of-one got £1,900 in dirty money from contract hit on drug lord

Mother-of-one admits receiving almost £1,900 in dirty money from contract hit after her jailed half-brother was paid to slash the face of drug baron behind bars

A mental health worker handled nearly £1,900 of dirty money for a contract hit to slash an underworld Mr Big behind bars.

During an exchange of frantic calls after the assault Moody told Rayne she could keep £500 of the cash but she was ordered to pay the rest to a close family friend. Describing the hit, he told her: ‘I have done them proud, I have done it for them.’

Rayne was arrested after police quizzed 37-year-old Moody over the attack in the exercise yard at Manchester prison and became suspicious of his account that the money had been paid to Rayne over the sale of a watch.

A court heard former nightclub bouncer Zammit, 39, from Salford who is serving a nine year and four-month sentence after he was convicted in 2014 of running a drugs gang refused to be treated for his injuries or take any questions over the assault.

He even instructed police to turn the body worn cameras off – but was heard to threaten retaliation on Moody and his family. 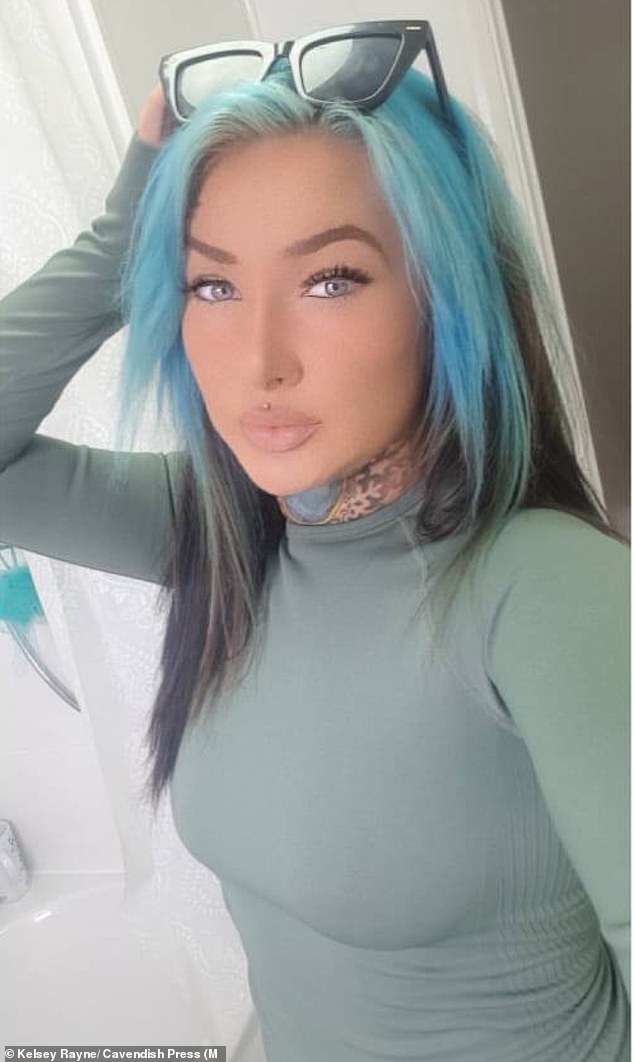 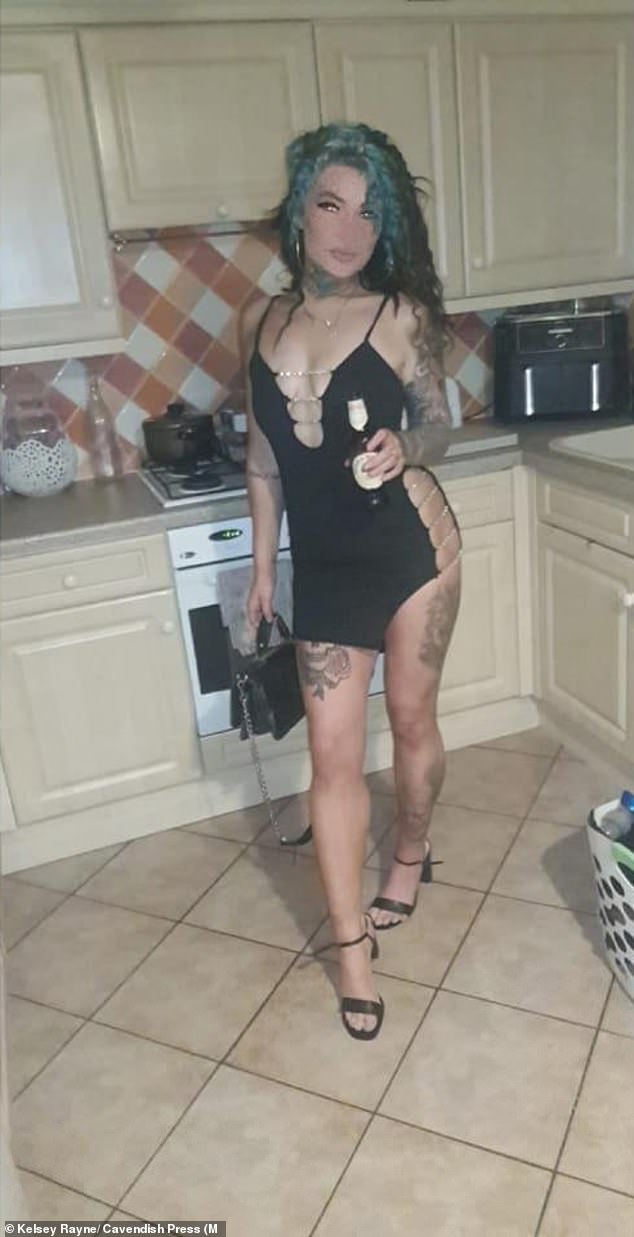 Rayne, from Sunderland, admitted acquiring criminal property and got a suspended jail term 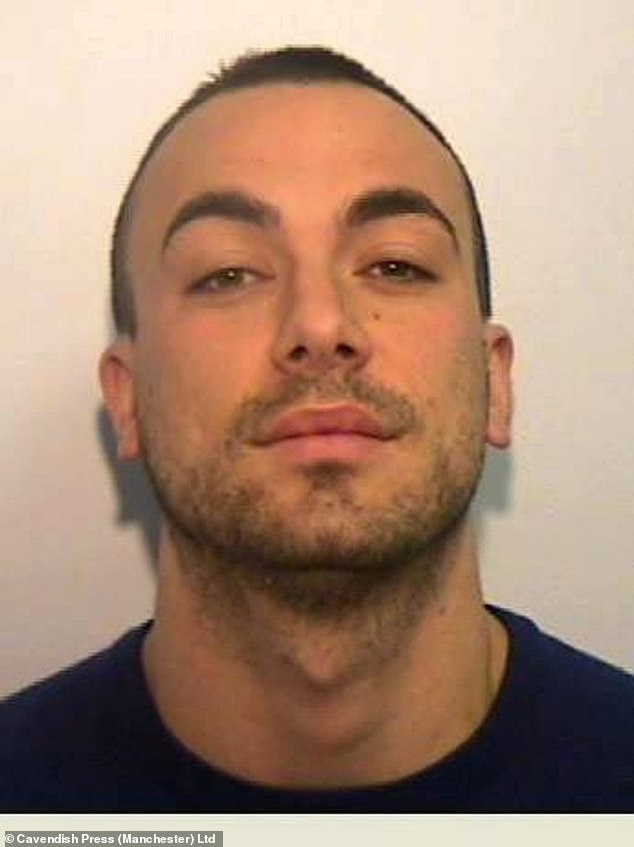 Christopher Zammit, 39, from Salford is serving a nine year and four-month sentence after he was convicted in 2014 of running a drugs gang

At Manchester Crown Court, Rayne, of Millfield, Sunderland admitted acquiring criminal property and wept as she was given a suspended jail term. Lifer Moody who is now incarcerated at Lowdham Grange jail, Nottingham will face a court hearing later after being charged with causing grievous bodily harm.

The inmate who was locked up in 2005 for public protection after robbing three university students at knifepoint had previously been accused of attacking a convicted Al Qaeda terrorist with boiling hot oil in another suspected hit at Frankland Prison, Durham, in 2007 but charges against him were dropped.

Geoff Whelan, prosecuting said: ‘On April 12, 2020, Gary Moody attacked Christopher Zammit during his permitted exercise time. Zammit is a well known criminal from the Salford area and Moody approached him from behind and slashed his face with a razor blade.

‘Zammit later refused to be treated or take any questions from the police, he even instructed them to turn the body worn camera off when talking to him. He did, however, threaten retaliation on Moody and his family.

‘On April 17 2020, Moody made a call to his half sister, the defendant, where he informed her that he was expecting to be paid for a job that he had done, namely the attack on Zammit.

‘He then said that the money he was owed would be paid into her account and that she should expect it soon. The next day Moody called the defendant again and asked her if the money had come into her account but it had not, he then gave her a phone number to call. He told her to tell them that he is wondering what is happening and that he just wants his money. 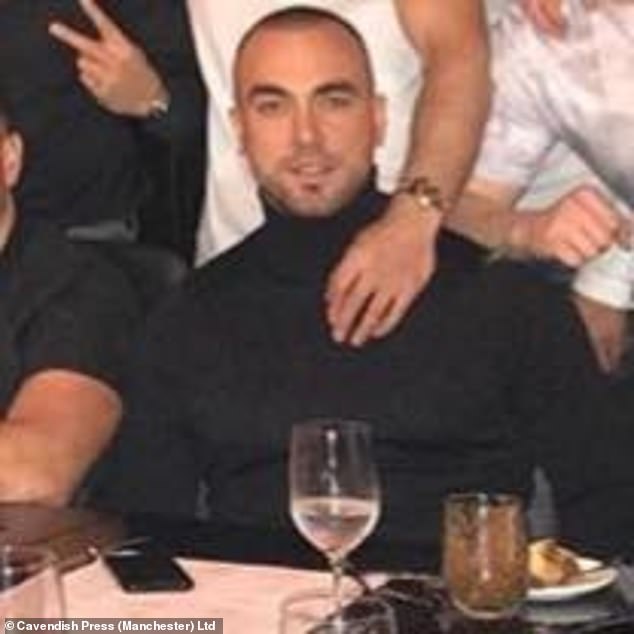 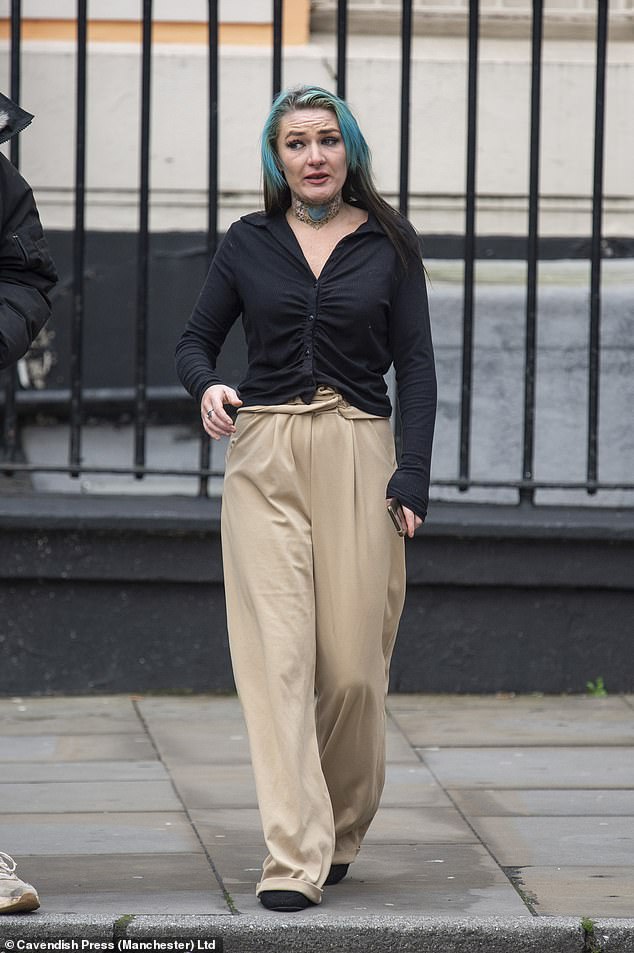 Pictured outside Manchester Crown Court – Kelsey Rayne, a mother of one

‘Phone call evidence also showed that he said: ‘I have done them proud, I have done it for them,’ to this Rayne replied: ‘that is what you done it for..’ She later made contact with the number she was given but received no response. Moody then gave her another number to contact and told her to tell them he was in segregation and that failure to pay your debts gives people a bad name.

‘Soon after, £900 was paid into Rayne’s account however, the defendant had been instructed that she was to be expecting more. On the 23rd of April, a further £1000 was paid into her account.

‘Moody told her that she could keep £500 of it was hers to keep and was told to send the remaining half to a friend. The defendant said she could not talk about money when she was around her partner because it would have scared him.

‘Later that day, Moody called Rayne and gave her a false story of how he acquired the money and reminded her to send it onto a friend. He began to get frustrated with her due to the lack of progress with the payment and threatened her and her partner. He also told Rayne about how he could hurt people if he had no other income.

‘An investigation linked Moody with the GBH and led to his questioning by the police. In interview, he told the police that the money paid to his family was in relation to the sale of a watch. ‘

Rayne was later bought in for questioning by Greater Manchester Police. She told them how she was desperate for the money and said she was in an abusive relationship at the time and thought the money could set her up for life in separate private accommodation with her nine year old son. She has no previous convictions.

In mitigation her counsel Brendan O’Leary, said: ‘She has continued to demonstrate genuine remorse and this was clearly out of character for her. The defendant was in an abusive relationship and was controlled by her ex-partner.

‘She was desperate to get out of this so she could make the best life for her nine-year-old son and her. She felt she needed the money so she could put a deposit down for a rented property. It was because of all this that she got involved.

‘When she initially got involved with Mr Moody, she was 25 and didn’t know at the onset what the plan was. She only became aware that it related to a bloody assault later on. She describes her arrest for this offence as a turning point in her life. She now lives in private accommodation and currently splits the parental duties 50/50 with her child’s father.’

Rayne was given six months jail suspended for 18 month and was. ordered to complete ten rehabilitation activity days and 60 hours of unpaid work. Judge Suzanne Goddard KC told her: ‘This is a very serious matter indeed, and I do not accept that you did not have any idea what was going on at the beginning.

‘However, it is clear that you are a very decent person who works hard when you can. I am sure that this has been a very salutary lesson for you and I hope you do not succumb to temptation like this in the future.’

Zammit was originally jailed for five years for the 2004 manslaughter of innocent businessman Frank Buckley, 47, who was kicked and stamped on outside a bar during a family night out.

In 2014 he was convicted of being the ringleader of a Salford gang that plotted to flood the streets with high-purity cocaine and potent ‘skunk’ cannabis after £570,490 worth of the narcotics were seized following a major covert operation.