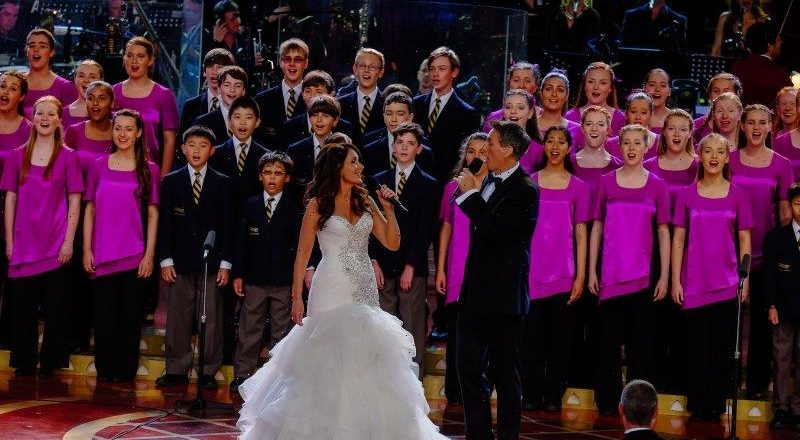 Last weekend, carols rose from the voices of singers in the local park, heralding the lead-in to Christmas. In this festive time of year, the sky, the ceiling, the rafters of churches and the Sidney Myer Music Bowl will be coloured with a choral kaleidoscope. For in the song is the spirit.

In the carolling and the jingling, there is one song that while being a transport of the season is also a vehicle for the conscience and a mystical fusion of spirituality and concern at human suffering. 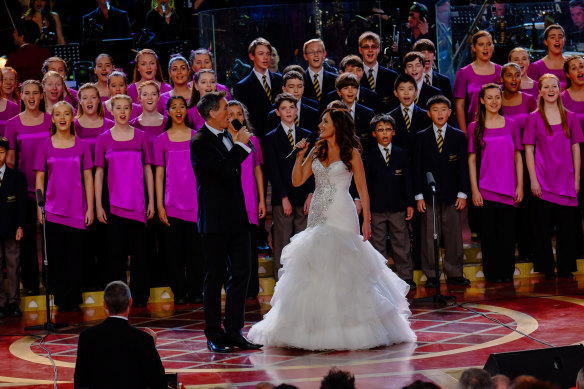 Marina Prior and David Hobson performing at Carols By Candlelight in the Sidney Myer Music Bowl. Credit:Luis Ascui

It Came Upon the Midnight Clear was written as a poem by Edward Sears, a Unitarian minister from Massachusetts, in 1849. It is a Christmas staple. There are many versions, from a faux cocktail jazz piano one by Frank Sinatra, and middle-of-the-road by Anne Murray and Josh Groban, to high dignity by the Choir of King’s College, Cambridge, and the Gaelic air of Celtic Woman.

It’s easy and entirely understandable among the tinselled tonsils of the hour to just get swept away in the moment, but Midnight Clear, when stripped back to its elemental structure, has a different force to it than most other carols. It is a lamp and starlight in the darkness.

The Canadian songwriter Bruce Cockburn, a Christian, has tapped into that with his version from his Christmas album of 20 years ago.

Sears wrote the poem at a time of conflict, which suffused his melancholic mind.

And man, at war with man, hears not
The love-song which they bring:
O hush the noise, ye men of strife,
And hear the angels sing.

Cockburn’s acoustic version, with keening fiddle and harmonics, goes deep into this and yet is able to bring out a note of hope. He took inspiration from another singer, Sam Phillips, who by “her clever and simple device of shifting the song to a minor key enhanced the poignantly thoughtful words in a way that made me wish I’d thought of it”.

At the time of the Christmas release, Cockburn said of carols at this time of year: “We’re certainly discouraged from hearing what we’re listening to because we’re inundated with this, you know, the elevator-music version of all these songs. And they become, at best, tiresome, and at worst you don’t want to hear another note of that stuff if you hear too much of that kind of thing. But it becomes the unconscious accompaniment to your stressed-out Christmas shopping.

“The songs with spiritual significance often have a really profound level of writing and really profound things to say, and we miss that. We even miss it in church, where we shouldn’t be missing it, you know. A song like It Came Upon the Midnight Clear, I never appreciated how good a song that is and what it actually talked about until I was learning it for the record.”

Is there a greater wonder of the world than that the voice of one can travel through the centuries and settle within us, and move us? This is the spirit in the song.