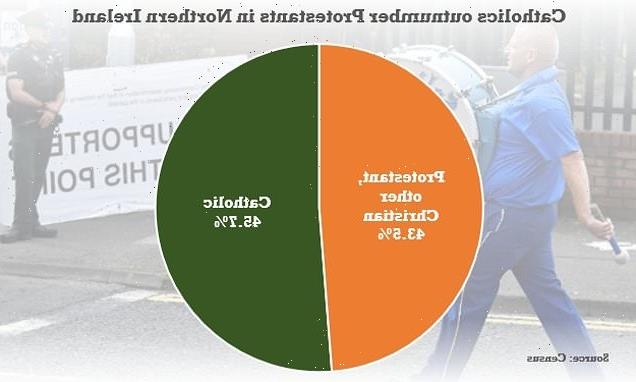 More Catholics than Protestants in NI for first time since partition

Northern Ireland has more Catholics than Protestants for the first time since partition of the island, census finds

Northern Ireland has more Catholics than Protestants for the first time since partition of the island, figures showed today.

The latest census shows the balance in the province has tipped over the past decade, with 45.7 per cent saying they are either Catholic or brought up Catholic.

Protestants and other Christian faiths made up 43.5 per cent of the population when the research was carried out in 2021.

The findings underline the continuing demographic shift, after 48 per cent of the population was recorded as being either Protestant or brought up Protestant in 2011.

At that time the Catholic population stood at 45 per cent.

Sinn Fein seized on the results to renew its push for Irish unification, boasting that ‘historic change is happening’.

Northern Ireland had a significant Protestant majority when it was established in 1921 as part of the partition of Ireland.

Part of the change appears to be due to rising levels of secularism, with 9.3 per cent of the population saying they belonged to no religion – up from 5.6 per cent in 2011. 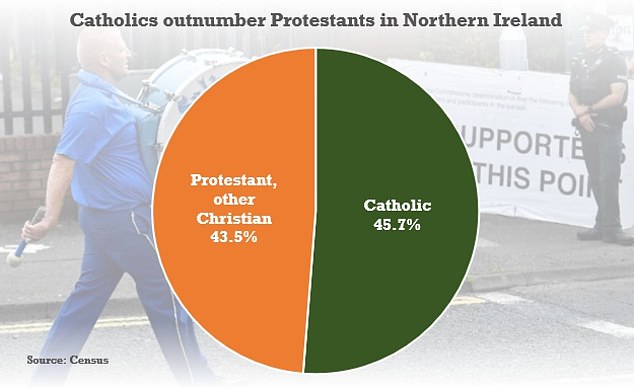 The latest census shows the balance in the province has tipped over the past decade, with 45.7 per cent saying they are either Catholic or brought up Catholic

The publication of the census traditionally prompts debate over what the figures mean for the constitutional future of Northern Ireland.

Some may draw a link between the religious breakdown and public opinion on the potential reunification of Ireland.

Others view religious affiliation as a crude metric to measure sentiment on the constitutional question, insisting that being a Protestant or Catholic does not necessarily translate into unionist or nationalist politics.

In that respect, more emphasis may be placed on the census figures on national identity.

Census 2021 showed that 31.9 per cent said they were ‘British-only’ and 8 per cent deemed themselves ‘British and Northern Irish’.

The proportion of the population that said they were ‘Irish-only’ was 29.1 per cent while those identifying as ‘Northern Irish-only’ was 19.8 per cent.

‘Today’s census results are another clear indication that historic change is happening across this island and of the diversity of society which enriches us all,’ he said.

‘There is no doubt change is under way and irreversible. How that change is shaped moving forward requires maturity to take the challenges which face our society.

‘We can all be part of shaping a better future – new constitutional future and a new Ireland.

‘But we must prepare for it. The Irish government should establish a citizens’ assembly to plan for the possibility of a unity referendum.

‘A period of planning is critical. That planning, and dialogue, and engagement needs to happen now, and it must include people from all backgrounds and communities.

‘The partition of Ireland has been a failure. We can build a better future together, for every person who lives on this island.’

The Census found a 63.5 per cent increase in the number of people in Northern Ireland who hold an Irish passport.

Many are believed to have sought Irish passports to retain EU rights after Brexit.

The number of people holding a UK passport in Northern Ireland was one million in the latest census, down from 1.07 million in 2011.

Under the terms of the 1998 Good Friday Agreement peace deal, the constitutional status of Northern Ireland can be changed only with the consent of its population.

A Northern Ireland secretary is obliged to call a referendum on Irish unity if they believe there has been a shift in public opinion that would indicate a majority in favour of constitutional change.

However, the 1998 peace accord provided no detail on what criteria should be used to make this call.

The figures on religion and national identity are part of the second round of data being published from Census 2021.

The first tranche of figures, published in May, related to population and household numbers.

They showed that Northern Ireland’s population had risen to a record of more than 1.9 million. 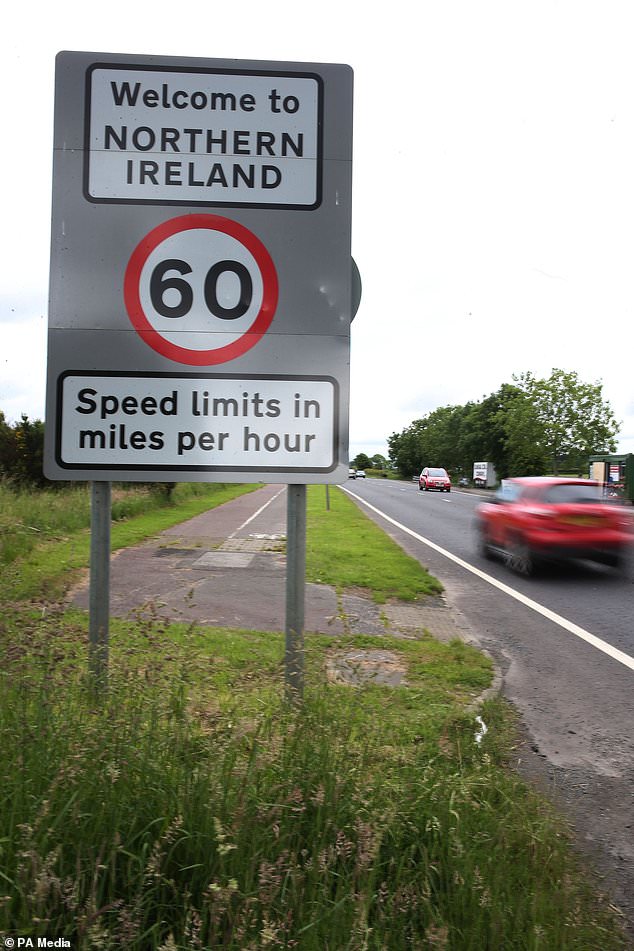 The border between Northern Ireland and Ireland