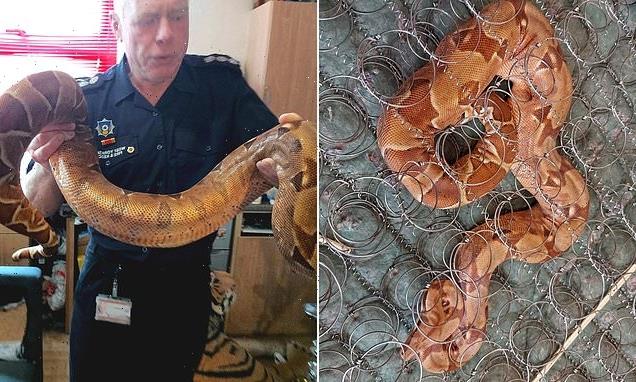 Ssssstuck! Sid the 6ft-long boa constrictor escapes its tank and becomes wedged between his owner’s bedsprings

A snake lover called in fire crews after his massive orange boa constrictor escaped and became got stuck between his bedsprings.

Bizarre photos from the incident show the six-foot long snake, named Sid, trapped in the base of a double mattress.

Luckily a team from West Yorkshire Fire and Rescue service (WYFRS) answered the call and safely retrieved the runaway serpent without causing him any injury.

The team’s technical rescue officer, Ronnie, couldn’t resist posing for a photo with the snake before handing him back to his thankful owner.

A spokesperson for the service said: ‘Animal rescues at WYFRS come in all shapes and Ssssss’sizes’ 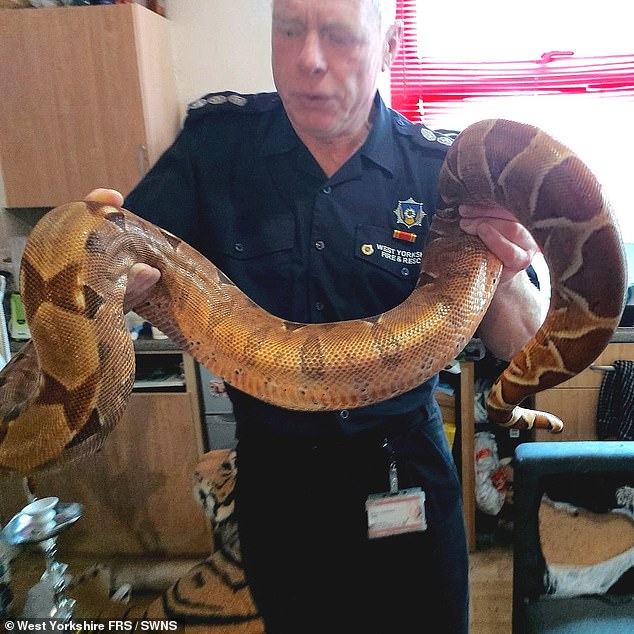 The team’s technical rescue officer, Ronnie, couldn’t resist posing for a photo with the snake before handing him back to his thankful owner 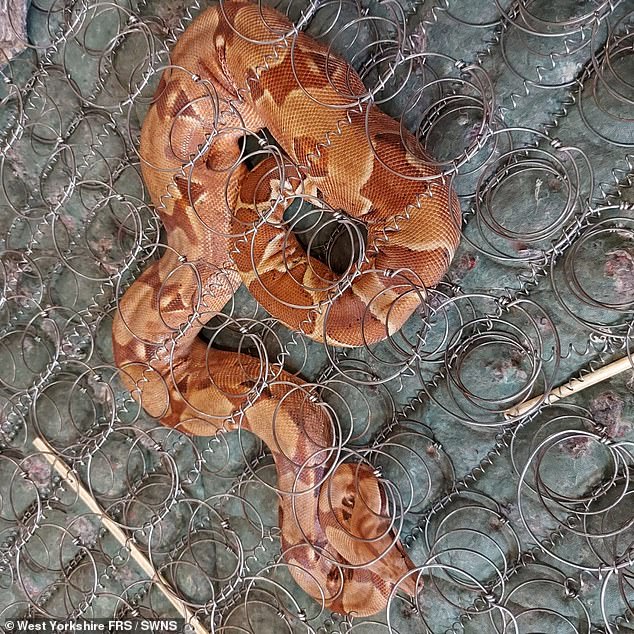 The six-foot long snake, named Sid, ended up trapped in the base of a double mattress after escaping from his tank

‘Technical Rescue Officer Ronnie had a slippery situation to attend last week when Sid the boa constrictor escaped, and got stuck in his owner’s bed springs!

‘Luckily for Sid, Ronnie was up for the job and rescued the snake safely and, even convinced him for a Sss’selfie.’

Those on social media were quick to voice their delight at the fire crew’s actions along with their horror at the idea of finding a snake in the bottom of their bed.

One wrote: ‘Would love to join the Fire Service… floods, fires, famine, I think I could brave them. Ssssnakes though? Nope, think I’ll be a milk-person.’

Another shared their admiration for the rescuers, saying: ‘Wow!! Above and beyond!!!’

While a further social media user joked about the photo: ‘This is the moment you realise your boa is sizing you up for a nice meal.’