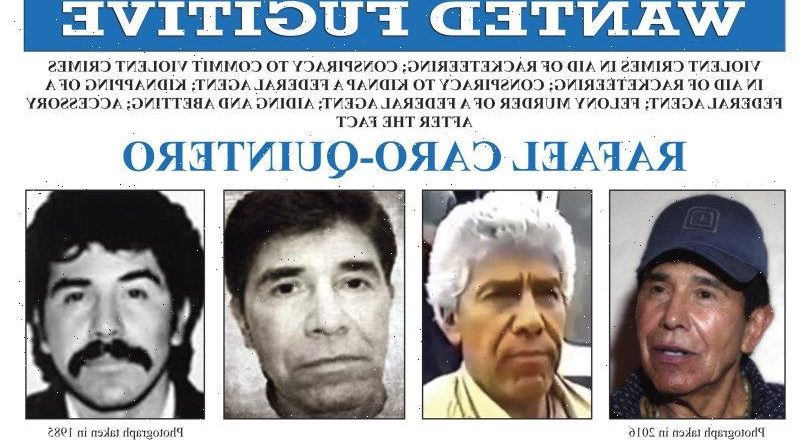 Mexico City: Infamous drug lord Rafael Caro Quintero, who was behind the killing of a US DEA agent in 1985, was captured Friday by Mexican forces nearly a decade after walking out of a Mexican prison and returning to drug trafficking, according to the Mexico’s navy.

Caro Quintero was arrested after a search dog named “Max” found him hiding in brush in the town of San Simon in Sinaloa state during a joint operation by the navy and Attorney General’s Office, a navy statement said. The site was in the mountains near Sinaloa’s border with the northern border state of Chihuahua.

Mexico’s national arrest registry listed the time of Caro Quintero’s arrest as around midday. There were two pending arrest orders for him as well as an extradition request from the US government. 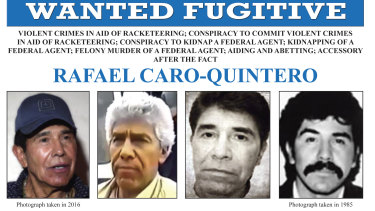 The wanted poster for Rafael Caro-Quintero, who was behind the killing of a UUS DEA agent in 1985. Caro-Quintero has been captured by Mexican forces nearly a decade after walking out of a Mexican prison. Credit:FBI

A navy Blackhawk helicopter carrying 15 people crashed near the coastal city of Los Mochis during the operation, killing 14 of those aboard, the navy statement said. The available information indicated it suffered an “accident,” the cause of which had not yet been determined, the statement said.

Caro Quintero had walked free in 2013 after 28 years in prison when a court overturned his 40-year sentence for the 1985 kidnapping and killing of US Drug Enforcement Administration agent Enrique “Kiki” Camarena. The brutal murder marked a low point in US-Mexico relations.

Caro Quintero, the former leader of the Guadalajara cartel, had since returned to drug trafficking and unleashed bloody turf battles in the northern Mexico border state of Sonora.

President Andrés Manuel López Obrador has maintained that he is not interested in detaining drug lords and prefers to avoid violence.

But the arrest came just days after López Obrador met with US President Joe Biden in the White House.

There had been tensions between the Mexican government and the DEA after Mexico enacted a law limiting the US agency’s operations. But recently, the DEA’s new head in Mexico received a visa, which the US officials marked as a sign of progress in the relationship. 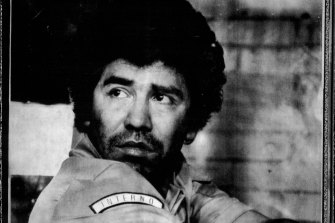 Shortly before Caro Quintero’s arrest Friday, US Ambassador Ken Salazar told a gathering of reporters there had been progress in the security relationship.

“I have been in meetings with the foreign minister and with the security cabinet, along with all our agencies that have included the new head of the DEA sitting at my right hand,” Salazar said. “So if we weren’t welcome here in Mexico that wouldn’t happen.”

An appeals court overturned Caro Quintero’s verdict in 2013, but the Supreme Court upheld the sentence. It was too late by then; Caro Quintero was spirited off in a waiting vehicle.

Caro Quintero was one of the primary suppliers of heroin, cocaine, and marijuana to the United States in the late 1970s. He blamed Camarena for a raid on a marijuana plantation in 1984. In 1985, Camarena was kidnapped in Guadalajara, allegedly on orders from Caro Quintero. His tortured body was found a month later.

Late Friday, US Attorney General Merrick Garland expressed the US government’s deep gratitude to Mexican authorities for Caro Quintero’s arrest and offered condolences for the Mexican military personnel who died in the helicopter crash.

“There is no hiding place for anyone who kidnaps, tortures, and murders American law enforcement,” he said in a statement. “Today’s arrest is the culmination of tireless work by DEA and their Mexican partners to bring Caro-Quintero to justice for his alleged crimes, including the torture and execution of DEA Special Agent Enrique ‘Kiki’ Camarena. We will be seeking his immediate extradition to the United States so he can be tried for these crimes in the very justice system Special Agent Camarena died defending.”

Mike Vigil, the DEA’s former chief of international operations, said Caro Quintero was believed to have been operating independently most recently, though there had been rumours he was back with the Sinaloa cartel.

Caro Quintero was from Badiraguato, Sinaloa, the same area as Joaquin “El Chapo” Guzman, the former Sinaloa cartel leader now serving a life sentence in the United States. He eventually became one of the “godfathers” of Mexican drug trafficking.

Vigil said he was surprised by Caro Quintero’s arrest, considering López Obrador’s stated disinterest in going after drug cartel leaders, but he added that the DEA would never stop looking for someone who killed an agent.

“We didn’t see a lot of effort (to capture Caro Quintero) in the last several years, especially when (López Obrador) came in and immediately started to dismantle a lot of the infrastructure and the bilateral relationships between the US and Mexico relative to drug trafficking,” Vigil said.

After seeing Caro Quintero walk out of a Mexican prison once already, Vigil said he hopes the government won’t risk a repeat — Guzman twice escaped from Mexican maximum security prisons — and would agree to a likely US extradition request.

In Sonora, one of the state’s hit hardest by Caro Quintero’s efforts to reclaim his territory, there was a hope his arrest could help.

“I believe in Sonora, in general, there could be calm, and yes, relief for us, because I believe the disappearances will diminish,” said Cecilia Duarte, an activist with a team of volunteer searchers in Sonora who look for the clandestine graves of the disappeared. Some activists have been threatened and even killed in Sonora amid Caro Quintero’s turf wars with the sons of “El Chapo.”

But, Duarte said, Caro Quintero “is only part (of the conflict), the conflict doesn’t end.”