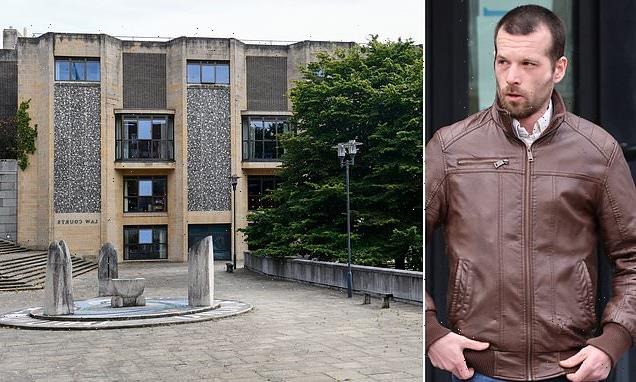 A father has been jailed for three years and eight months for causing the death of his baby son by shaking him ‘back and forth like whiplash’ because he was ‘tired and frustrated’ when his son would not stop crying.

Matthew Banks was sentenced at Winchester Crown Court after pleading guilty to the manslaughter of Leo Banks who died more than two years after suffering the ‘catastrophic’ brain injury.

Sentencing the 34-year-old, the judge, Mrs Justice Cutts, said: ‘This is a tragic case. This case is aggravated by the vulnerability of Leo by reason of his young age.’

Jennifer Knight KC, prosecuting, told the court that the defendant had been looking after his one-month-old son through the night in December 2017 and ‘forcefully’ shook him when he was attempting to wind him while feeding him.

She said that when Leo’s mother, Hannah Hawdon, woke up in the morning at their home in Chichester, West Sussex, she found her son seriously ill.

He was taken to hospital where tests and a MRI scan found he had suffered a ‘large volume subdural haemorrhage and a brain laceration’.

Ms Knight said: ‘The constellation of injuries could only be explained by a traumatic episode that occurred at the time of his collapse.’ 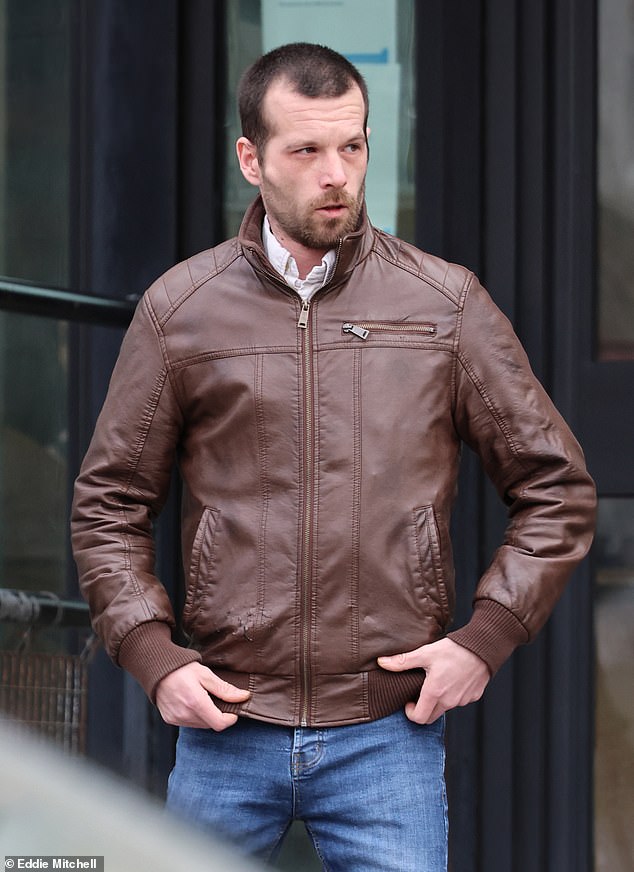 Matthew Banks, pictured, of Chichester, West Sussex was jailed for three years and eight months after he admitted the manslaughter of his baby son Leo, who he shook ‘back and forth like whiplash’ because the infant would not stop crying 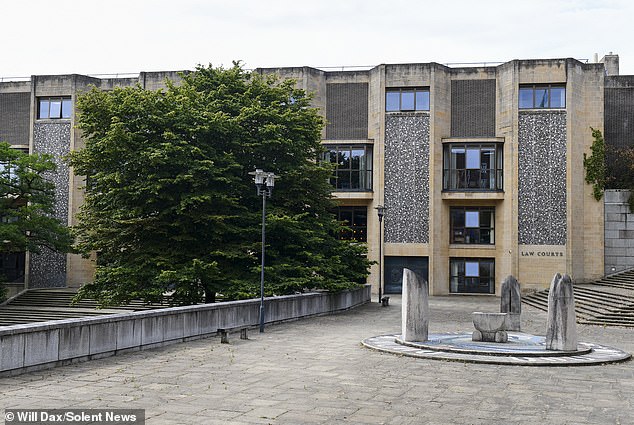 Winchester Crown Court, pictured, Leo suffered massive brain damage following the incident in 2017 but was released from hospital to receive continuing care until his death in February 2020. Banks admitted to the baby’s mother Hannah Hawdon that he had shaken their son causing the injury

Leo was stabilised and later released from hospital into the care of his family while continuing to receive specialist treatment for the head injury and related serious illness until his death in February 2020.

Ms Knight said that about four weeks after the fatal incident, Banks admitted to Ms Hawdon that he had shaken the baby before making further admissions to other relatives and a social worker.

She said that Banks had said that ‘he may have shaken Leo while winding him, he was crying so much that he wasn’t breathing properly, and he had shaken him to shock him into breathing’.

She added that he said that ‘it was an accident and he did it out of frustration and tiredness’.

In a victim impact statement read to court, Ms Hawdon said that until Banks admitted causing the fatal injury she had lived under the suspicion that she had harmed Leo which made her ‘feel sick to the stomach’.

She added: ‘I will never get over losing my child, no mother should go through what I have gone through. My life was turned upside down by this.

‘I will never forgive Matthew for what he has done to Leo.’

Rebecca Upton, defending Banks, said: ‘He was described as being a loving and caring father and a very supportive partner and who was providing, along with Miss Hawdon, a good home to Leo.’

She added that he was remorseful and wished to say to his previous partner and family that ‘he has betrayed them and he will never forgive himself. He never meant to hurt Leo and understands he will not be forgiven.’

Detective Constable Owen Watkins, of Sussex Police, said: ‘This is a heart-breaking case that has resulted in the tragic and untimely death of an innocent two-year-old boy.

‘Matthew Banks was one of the people trusted to look after and care for Leo, but instead his actions caused injuries that Leo was sadly unable to recover from.’