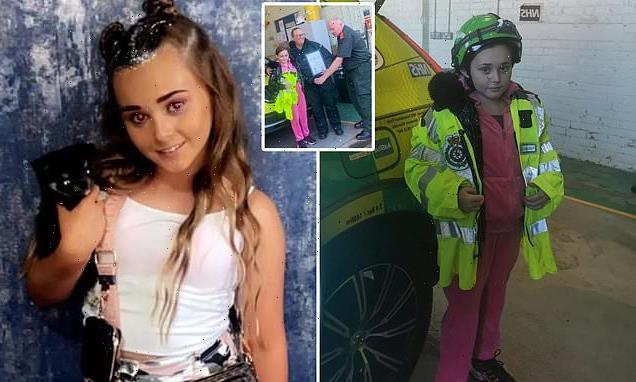 ‘We will never forget her attitude and sass’: Tragedy as family pay tribute to ‘beautiful little diva’, 11, with dreams of becoming a paramedic who died weeks after she was diagnosed with a brain tumour

A ‘beautiful little diva’ who dreamed of one day becoming a paramedic has tragically died just six weeks after learning she had a brain tumour.

Evie-Leigh Cormack’s family are shattered by her sudden death after she developed severe headaches, double vision and a loss of balance.

The 11-year-old died this week in Newcastle’s RVI Hospital. She’d been diagnosed with DIPG (diffuse intrinsic pontine glioma), an aggressive form of childhood brain cancer for which there is no effective treatment and no chance of survival.

Her mum Perri-Leigh Littler, 29, and dad Matthew Cormack, 31, said Evie was ‘known for being a little diva’ and doted on her siblings, 10-year-old Lillie and four-year-old  Matthew. 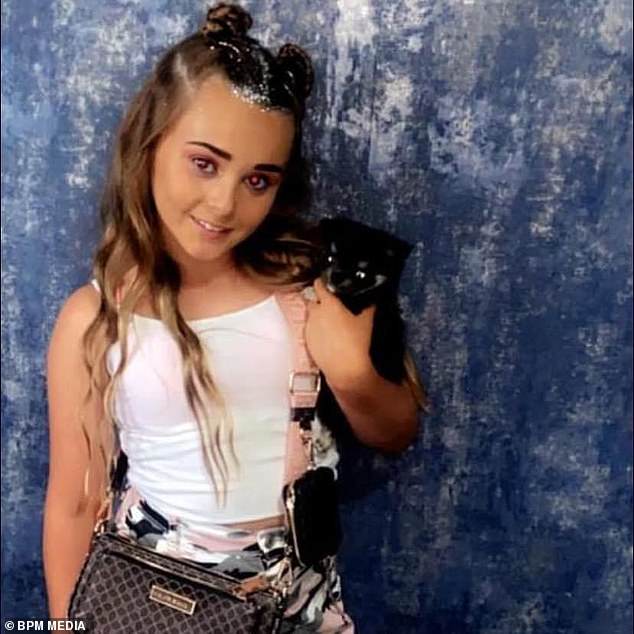 Evie-Leigh Cormack’s family are shattered by her sudden death after she developed severe headaches, double vision and a loss of balance 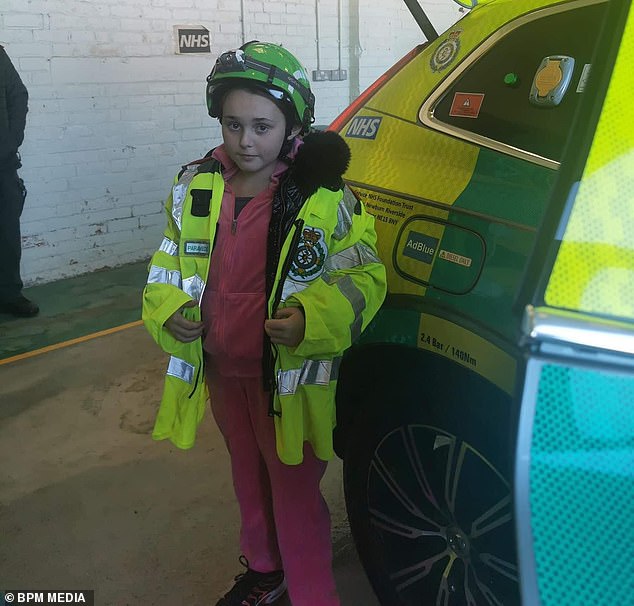 Her parents said of the trip: ‘She was so pleased… This definitely made her mind up with the career path she wanted to take. She was always a kid that would be there to help anyone’

‘She used to love being a mother figure to her brother Matthew and was a perfect role model for her younger sister Lillie,’ they said.

‘She loved to keep her mam and dad on their toes with her attitude and her sass, something that made Evie stand out and something her family and friends would never change for the world and certainly will never forget.

‘She was a really bright kid who really got stuck in, her motivation to start secondary school was to get the best grades to enable her to become a paramedic when she left school.’

Her devastated parents revealed just weeks before her death Evie spent the day with emergency services learning about the trade.

‘She was so pleased… This definitely made her mind up with the career path she wanted to take. She was always a kid that would be there to help anyone.

‘Evie was known for being a little diva, always dancing around doing TikTok’s.’

Her parents said their daughter, who loved shopping, cinema and caring for the family’s five dogs, visited her friends at her new school at Hartlepool’s Dyke House Academy before her death.

In a bid to offer practical support to the youngster’s family, friends at Hartlepool St Francis FC, where Evie’s uncle is a coach, have set up a fundraising page to ease worries of funeral costs.

Donations have flooded in and in just a couple of days the total is over £6,297.