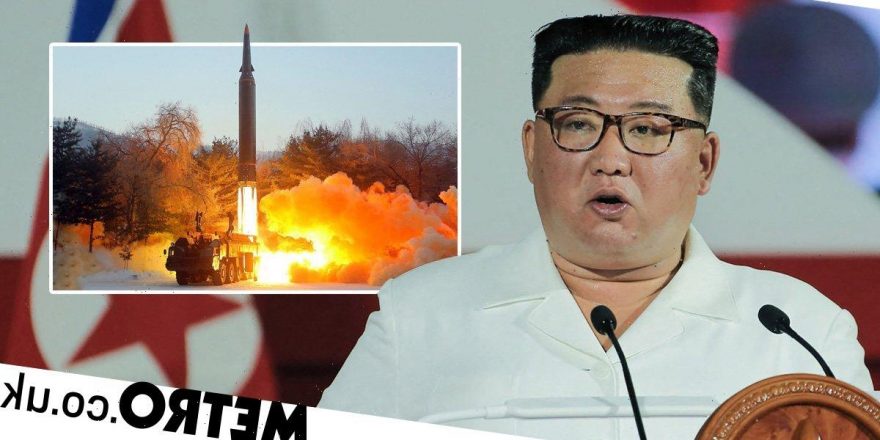 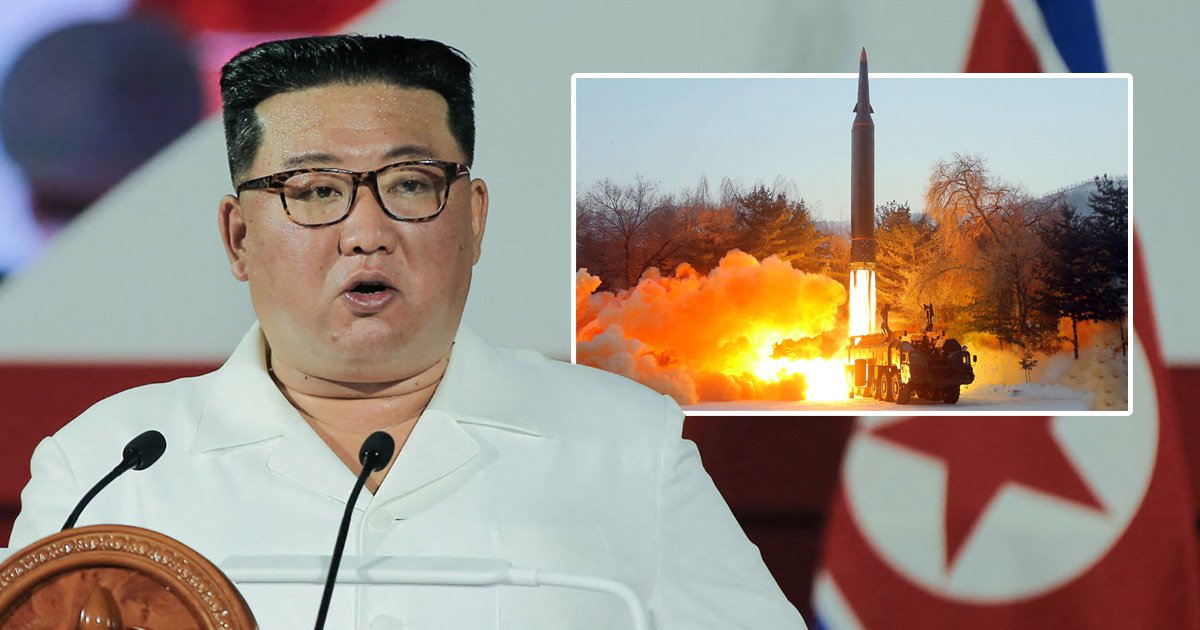 Kim Jong Un has threatened to use nuclear weapons if the tensions with South Korea and the USA escalate into a war.

The North Korean leader, known for his provocative statements, claimed his regime’s ‘nuclear war deterrent’ is ready and would ‘annihilate’ its neighbour.

Tensions have been simmering in the region after a host of missile launches and military exercises from both sides.

But Kim’s latest intervention – in a speech to war veterans marking the 69th anniversary of the Korean War ending – takes the rhetoric up a notch.

He said: ‘Our armed forces are completely prepared to respond to any crisis, and our country’s nuclear war deterrent is also ready to mobilise its absolute power dutifully, exactly and swiftly in accordance with its mission,’ the official Korean Central News Agency (KCNA) reported.

Wednesday’s speech was supposedly intended to boost internal unity in the impoverished country, which has been suffering major economic difficulties and various health scares, including from a Covid outbreak.

Some observers expect North Korea to intensify its threats as South Korea and the US prepare to expand summertime exercises the North views as an invasion rehearsal.

Kim continued: ‘Talking about military action against our nation, which possess absolute weapons that they fear the most, is preposterous and is very dangerous suicidal action.

‘Such a dangerous attempt will be immediately punished by our powerful strength and the [South Korean leader] Yoon Suk Yeol government and his military will be annihilated.’

He accused the United States of ‘demonising’ North Korea to justify its hostile policies.

Kim also called new South Korean President Yoon ‘a confrontation maniac’ who has gone further than past leaders and claimed his conservative government was led by ‘gangsters’.

Since taking office in May, Yoon has strengthen Seoul’s military alliance with the US and bolstered its capacity to neutralise North Korean nuclear threats, including with a pre-emptive strike capability.

South Korea expressed ‘deep regret’ over Kim’s threat and said it maintains a readiness to cope with any provocation by North Korea in ‘a powerful, effective manner’.

This year, Kim has been increasingly threatening rival countries with his advancing nuclear programme. in what some foreign experts say is an attempt to wrest outside concessions and achieve greater domestic unity.

In April, he said North Korea could pre-emptively use nuclear weapons if threatened, saying they would ‘never be confined to the single mission of war deterrent’.

The North Korean military has also test-launched nuclear-capable missiles that place both the US mainland and South Korea within striking distance.

Got a story? Get in touch with our news team by emailing us at [email protected] Or you can submit your videos and pictures here.