All Hail the hot dog king.

The 38-year-old Chestnut’s feat was even more impressive after he arrived at Coney Island on crutches. He said he suffered a ruptured tendon earlier in the year but claimed it wouldn’t affected his ability to defend his title.

Chestnut’s 15th title surpaced Rafael Nadal’s 14 French Open title for the most championships in a single event, per ESPN.

Chestnut didn’t just down hot dogs during the event. Chestnut immediately subdued and threw down a protestor after they ran on stage wearing a Darth Vader mask and bumped into Chestnut.

Sudo, who skipped last year’s contest because she was pregnant, reclaimed her title Monday by eating 40 hot dogs and buns. She gave birth to her son, Max, a few days after last year’s competition. It’s Sudo’s eighth championship since 2014. Sudo, 36, beat 2021 winner Michelle Lesco by 14. 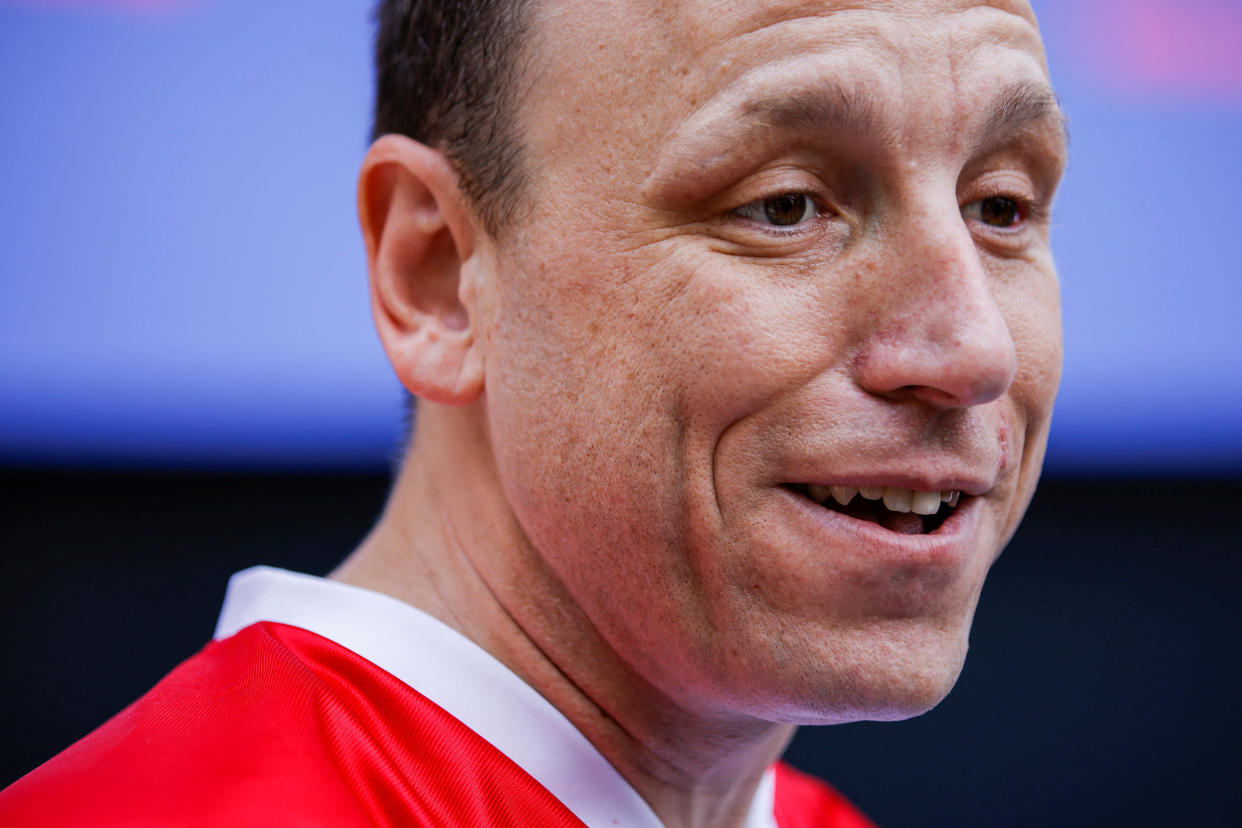