THE people of Japan are no strangers to natural disasters, with hundreds and thousands of having been killed by quakes and tsunamis over the past century.

From the notorious Tohoku earthquake which sparked the Fukushima nuclear disaster to the monstrous Great Kanto quake of 1923, here is our list of some of Japan's deadliest quakes after a tsunami warning was recently lifted from the country. 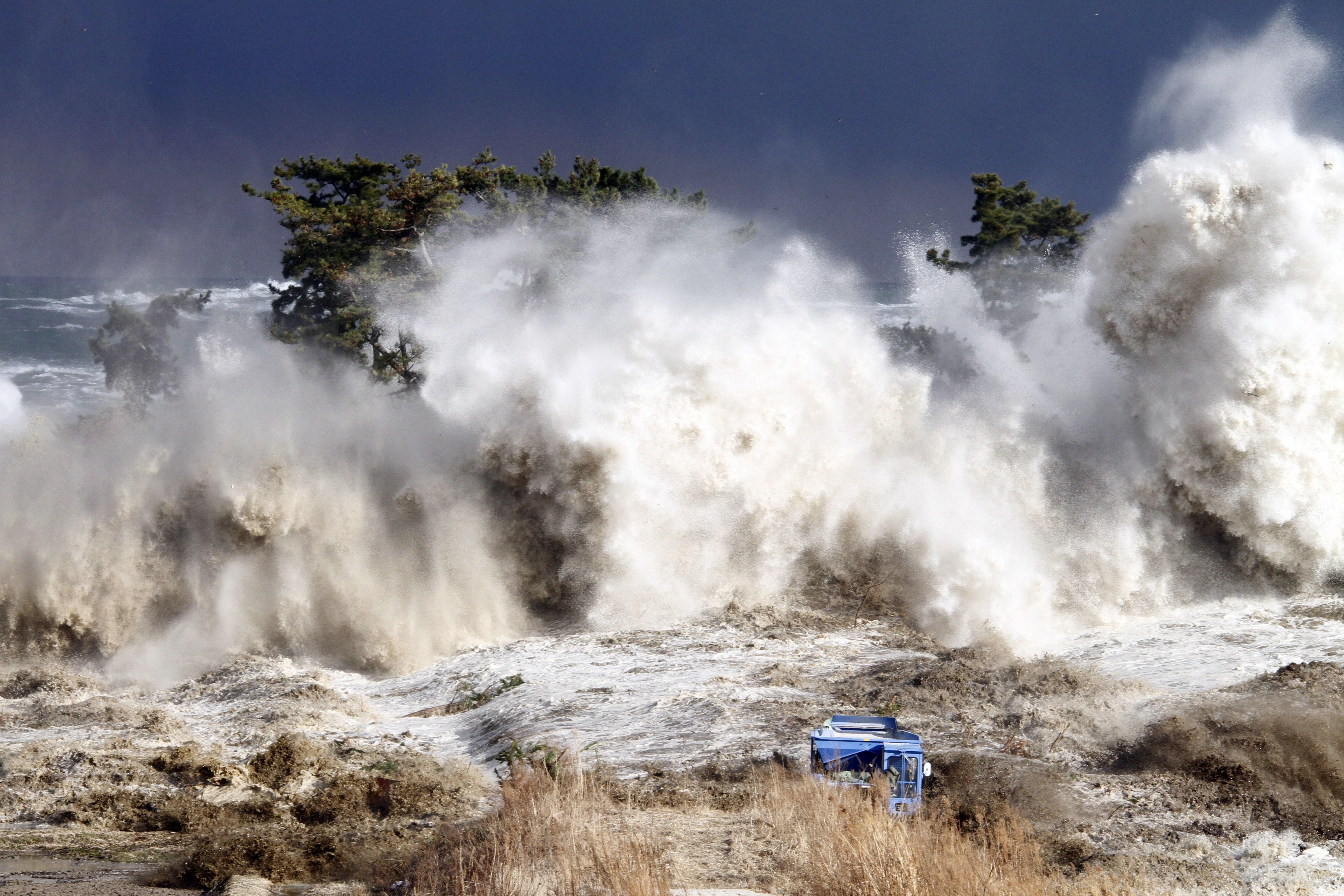 Japan's worst ever earthquake was never actually its largest.

On September 1, 1923 a magnitude 7.9 earthquake struck the Kanto plain on the island of Honshu.

The shaking lasted around ten minutes and devastated the city of Tokyo, which was then home to around two million people.

It also caused widespread damage throughout the Kanto region.

Around 142,800 people were killed – making this quake one of the deadliest of all time.

The Genroku earthquake of 1703 measured 8.0 in magnitude, but the accompanying tsunami managed to kill more than 108,000 people.

Genroku refers to the Japanese era spanning 1688 to 1704 – the quake actually struck in Sagami Bay, about 25 miles southwest of Tokyo. 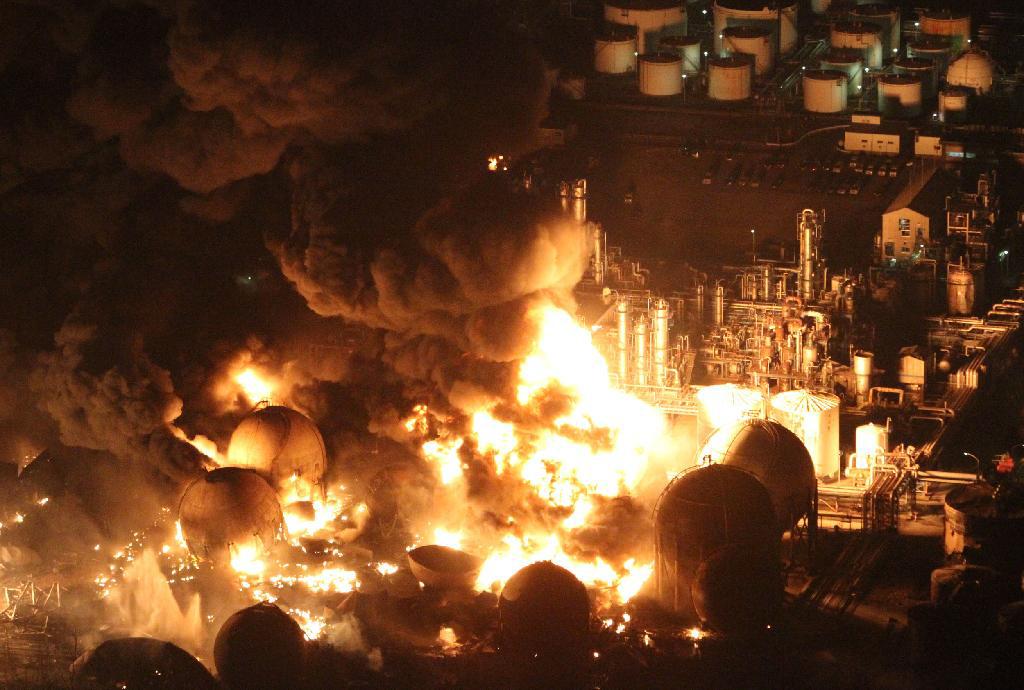 The magnitude 9.0 earthquake also triggered a tsunami, with the deadly combination killing around 29,000 people.

Dozens of nuclear reactors were also heavily damaged by the quake.

The island of Honshu was rocked by at least 50 aftershocks of magnitude 6.0 or more, three were over 7.0 in strength.

This earthquake measured 8.0 magnitude, and struck in the middle of the afternoon on May 12, 2008.

The epicentre was located 50 miles west-northwest of Chengdu, the provincial capital, and had a depth of around 12 miles.

The impact was felt in nearby countries and as far away as both Beijing (930 mi) and Shanghai (1,060 mi) where office buildings swayed.

Official records suggest the earthquake left about 4.8 million people homeless, but unofficial data suggests the figure was as high as 11 million. 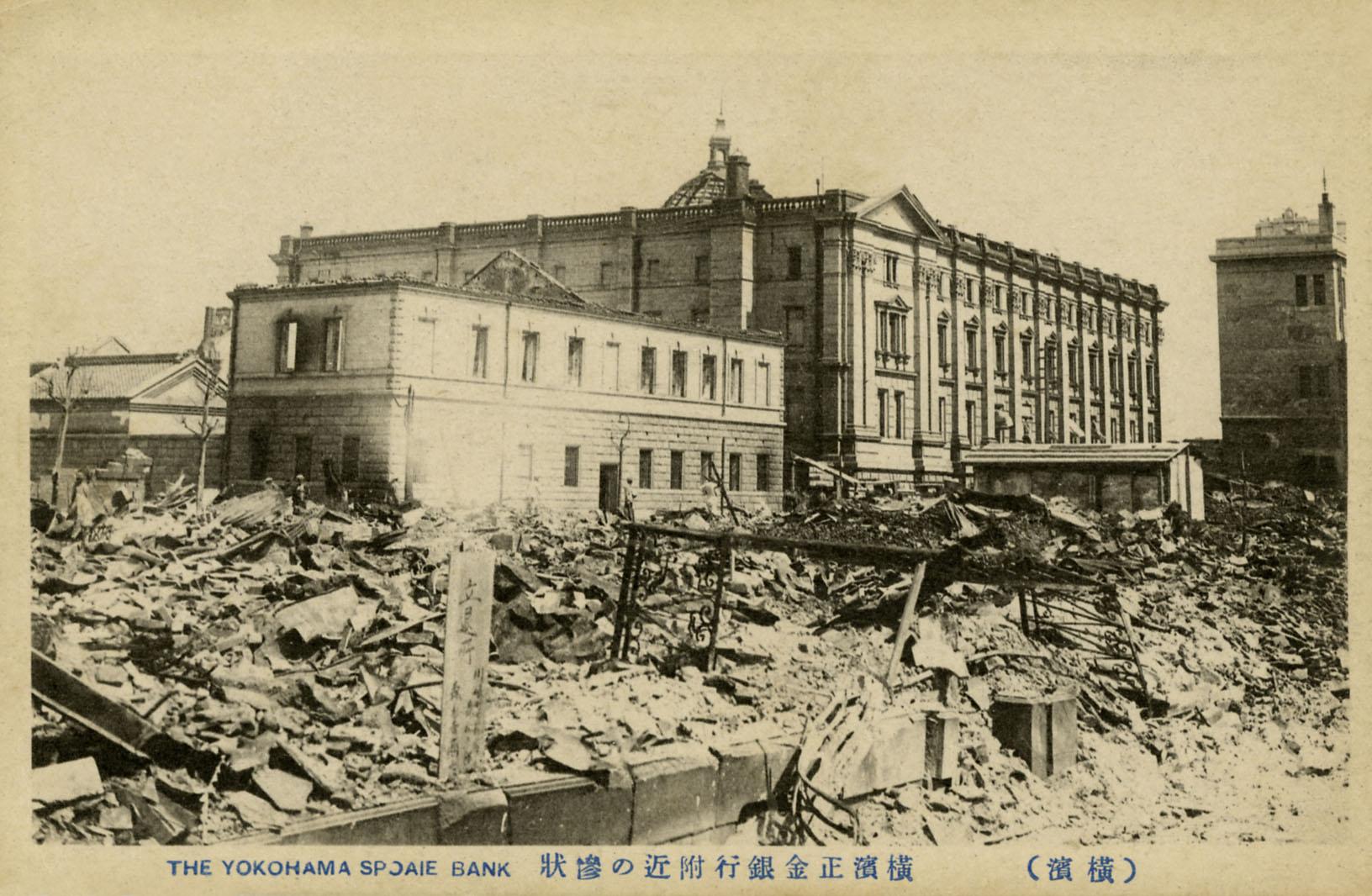 Japan saw a lot of seismic activity during the early 1700s.

On October 28, 1707 a magnitude 8.6 quake killed 5,000 people in the Nankaido and Tokai regions, on the islands of Honshu and Shikoku.

The first tremor struck at around 2pm local time and was the largest quake in Japan until the 2011 Tohoku earthquake and tsunami.

The impact of the tremor ruptured the Nankai fault, the only earthquake known to have done so.

While the earthquake itself was too far off-shore to cause much damage, it triggered a massive tsunami which travelled across the Pacific Ocean to Hawaii and California.

The quake was followed by 76 aftershocks of magnitude 5.0 or greater. 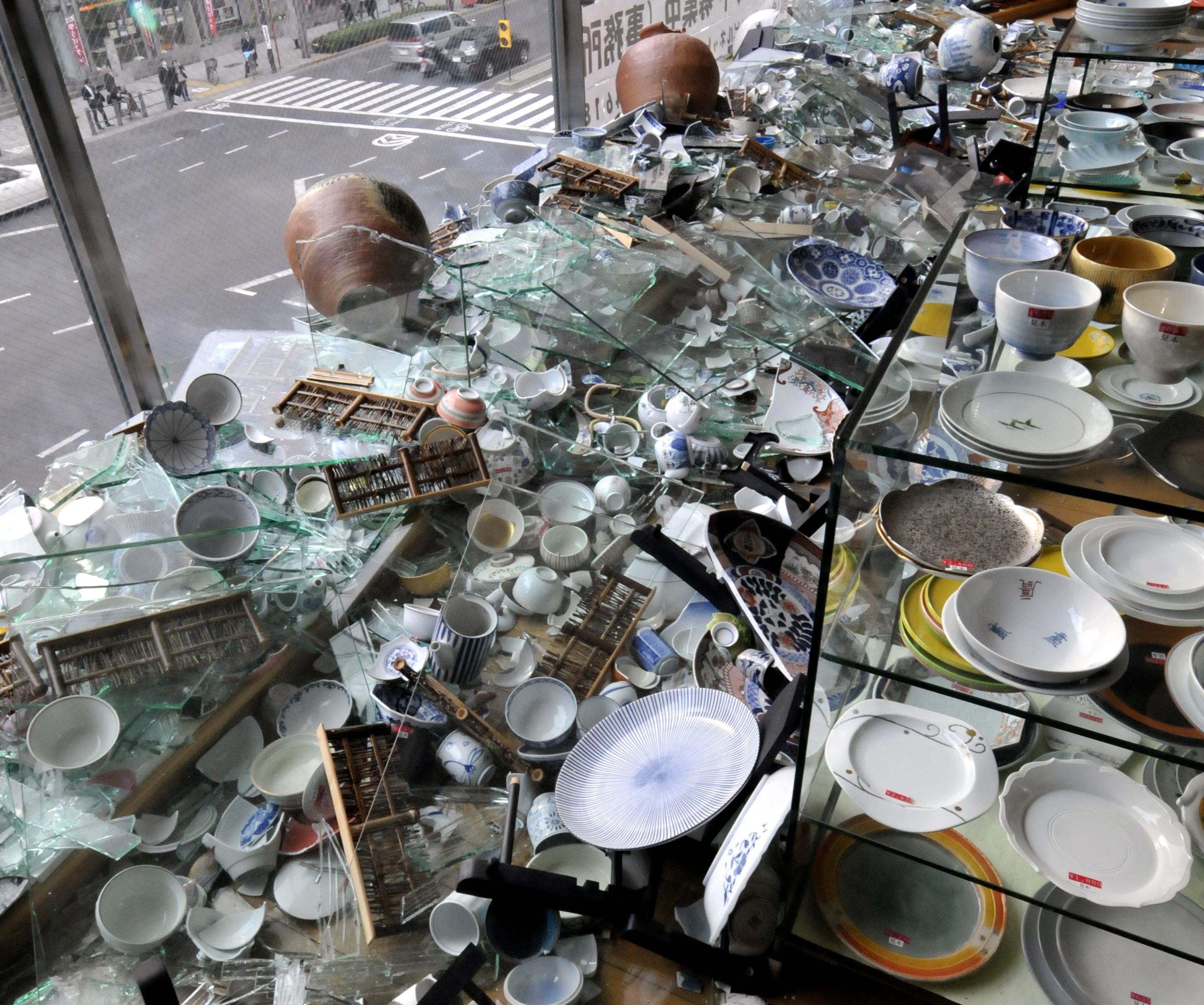 The Ansei-Nankai earthquake measured 8.4 and killed 10,000 people on the island of Kyushu, making it the deadliest quake of its size.

At the time, the quake was blamed on a giant catfish, called Namazu, thrashing in the waters, according to a 2006 article in the Journal of Social History.

Ansei is the name for the Japanese era spanning from 1854 to 1860 and Nankai is the name of the trough where the earthquake ruptured.

An 8.4 magnitude earthquake on March 2, 1933 triggered a tsunami which caused widespread damage to towns on the Sanriku coast of the Tohoku region of Honshu.

While the powerful quake struck about 180 miles offshore, the tsunami it triggered was strong enough to wash away around 3,000 homes. 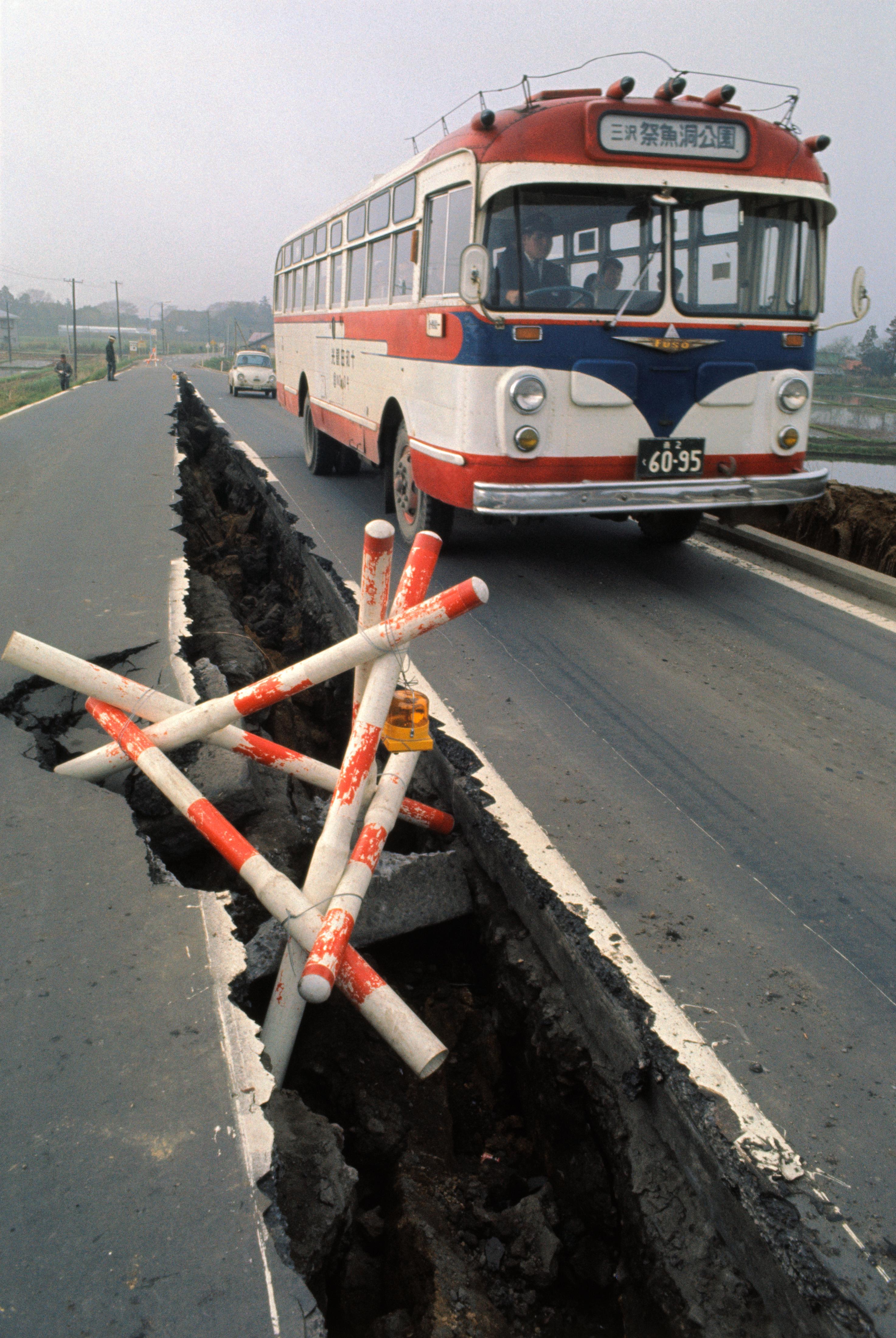 On November 15, 2006 a magnitude 8.4 quake triggered a tsunami that battered Japan's northern coast.

Thankfully, no-one was killed on the sparsely populated islands which are home to about 19,000 people.

The quake ruptured about 19 miles deep, triggering a tsunami that injured one person in Waikiki, Hawaii.

On May 16, 1968 a magnitude 8.2 earthquake struck off the east coast of Honshu, near Misawa, Japan, and was followed by a large tsunami, killing 52 people.

Waves reached 20ft, and caused severe flooding and damage to buildings and infrastructure.

Just after World War II, Japan was hit with more disaster after a magnitude 8.1 earthquake struck Nankaido on December 20, 1946.

It was felt all the way from Northern Honshu to Kyushu in the extreme south.

The quake killed 1,362 people and ruptured in the Nankai Trough, a subduction zone where one tectonic plate slides below another.

More than 36,000 homes were destroyed in southern Honshu alone, and the resulting tsunami wiped out another 2,100 properties.