“It boggles my mind,” he said.

Teo bought the property in Melbourne’s inner-west in 2006, but found out about the new heritage overlay through “pure coincidence” just before Christmas in 2021. 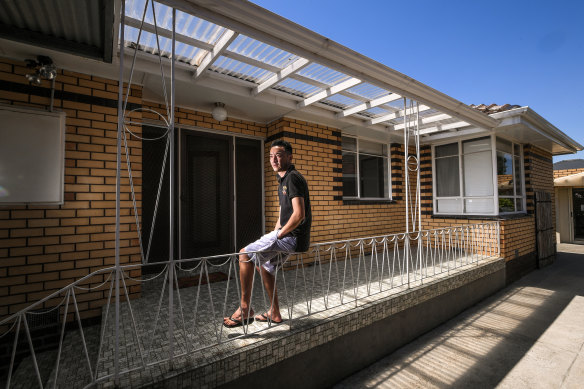 Randall Teo was shocked when his Footscray home was listed for heritage protection.Credit:Justin McManus

By then, he had already signed a $30,000 contract with an architect to proceed with plans to build a larger, four-bedroom home on the property.

Maribyrnong City Council abruptly implemented an interim heritage overlay in December 2021 on about 900 properties across eight precincts in West Footscray and surrounding areas to protect interwar and postwar-period homes.

The interim overlay was extended until November this year, as the council pushes on with its aim to introduce permanent protections.

Most home owners were not aware that councillors had voted at a September 2021 meeting to list their properties for heritage protection until they were sent letters three months later.

Teo’s property is one of 10 on his street that were heritage listed.

He said that six months earlier, the council had advised him that his plans to rebuild did not require a planning permit, just a building permit, which is a faster, cheaper process.

“The most disappointing part is we have been extremely transparent with the council with what we’re wanting to do. But they weren’t forthcoming with saying don’t sign anything because this is coming,” he said.

If the overlay is made permanent, Teo said he would likely need to sell the property because his family had outgrown the home.

However, he said an assessment from a real estate agent shows the property has lost $300,000 in value since becoming heritage protected.

“It’s a struggle emotionally. At the moment, we’re at a standstill,” he said. “I don’t know where else to go from this.”

The precinct overlays were established following a 250-page study the council commissioned from consultants at Heritage Alliance.

“The proposed amendment looks to protect not just properties, but also streetscapes inside neighbourhoods,” Gosling said.

“[The precincts] have been mapped to, as much as practicable, encompass areas with the greatest concentration of contributory properties and intact streetscapes.”

The council’s consultation period in 2022 received about 200 submissions, of which only 33 did not object to the new heritage controls. An online petition against the change received more than 600 signatures.

The matter was referred to an independent planning panel, appointed by the planning minister, to review the submissions. The council and dozens of residents appeared before a hearing late last year.

Cameron Goodison and his wife bought their 1940s two-bedroom weatherboard West Footscray home in August 2021 with plans to add a third bedroom at the front to make room to start a family.

Goodison, a draftsman, said he applied for a building permit the same week that the interim overlay came in. He said he was frustrated by the lack of prior consultation.

“We were pretty angry about it because we had a life plan and now it’s up in the air,” he said.

“When you buy a house, you do all the due diligence – things you’re meant to do – and this can still happen to you.” 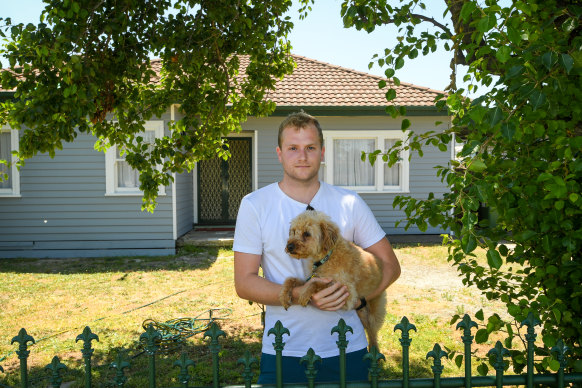 Cameron Goodison bought his home shortly before it was granted heritage protection.Credit:Justin McManus

Goodison believes the heritage precincts should be completely retracted.

The area has a large proportion of young families and Goodison said heritage controls restricted them from expanding or altering small homes because it usually required a planning permit, which was difficult to obtain, and the support of a costly heritage adviser.

The independent planning panel will publish its recommendations in coming weeks, which the council will consider before making a final decision that will be submitted to the minister for approval.

A small number of properties are expected to be removed from the heritage precincts, including some houses on Napoleon Street, West Footscray, due to recent demolitions that affect the streets’ historic character.

Father-of-three Vas Banschikov bought a clinker brick house on Napoleon Street in September 2021 that he planned to knock down to build a larger family home.

The family is now living in a rental while they anxiously await a final decision on the property’s heritage listing.

“It beggars belief why council would do this in an area that … has appeal for growing families,” Banschikov said.

“Each council has to make a careful decision,” he said.

Wight said Victorian-era houses were once considered ugly, much the same way interwar and postwar properties might be now, but it was important to protect buildings from these periods.

He said it was normal for heritage protection to be applied at a precinct level, and the eight areas chosen by Maribyrnong Council appeared to be carefully selected rather than in large, sweeping swathes.