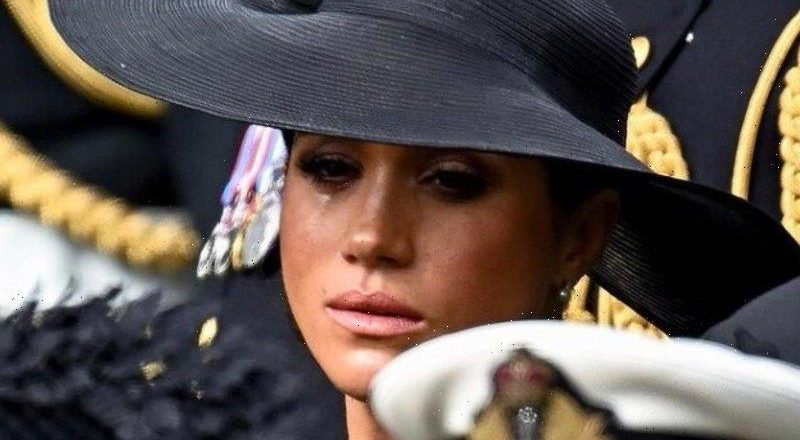 How to mourn when someone you’ve publicly slammed dies

The knives are out, yet again, for Meghan, Duchess of Sussex. But this time, we’re all in the crosshairs by association.

“Oh give me a tissue,” one person wrote on Twitter today, echoing the feelings of countless others, after a photograph of Meghan wiping away a tear after the Queen’s funeral service on Monday, pin-balled around the Internet. “Boo hoo. Was it tears of guilt for the woman you disrespected?” 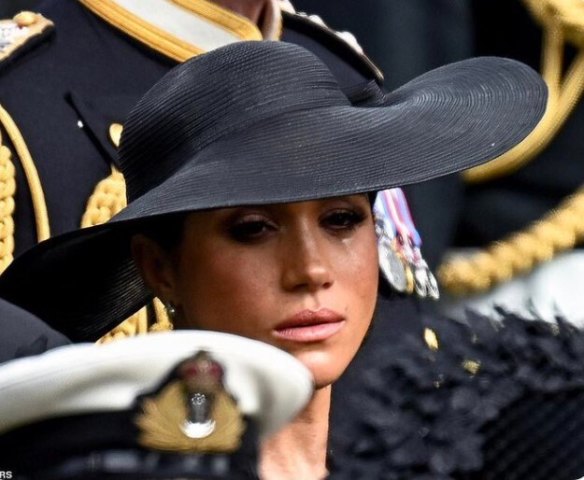 “Criticising others sometimes comes really naturally,” says Dr Meg Elkins, a behavioural and cultural economist at RMIT, of those who have condemned Meghan, pictured at the Queen’s funeral in London, for crying. “It’s often easier than criticising ourselves.”Credit:Twitter

“We can all relate to that,” says Dr Meg Elkins, a behavioural and cultural economist at RMIT’s Behavioural Business Lab.

By this, Elkins means that we’ve all either indulged in Meghan’s perceived social crime – expressing sadness about someone we’ve previously bitched about. Or we’re currently bitching about someone about whom we may – in the deep dark of night – ask ourselves: What am I possibly going to say when they die? How will I show respect to their loved ones without being deemed a stone-cold hypocrite?

We may not be wearing diamond drop earrings, gifted to us by the person we’ve bitched about, when we do it, as Meghan has. And we mightn’t have aired our grievances to Oprah Winfrey on national television in what was later dubbed “the worst royal crisis in 85 years”. (Meghan famously told Winfrey that the unfeeling treatment she received by the royal family left her feeling suicidal. And that some unidentified members of the family were racist and concerned with “how dark” her and Prince Harry’s child would be.)

But it’s a confronting social situation that can nevertheless evoke painful emotions and make anyone question what their values are.

“It’s about re-evaluation,” says Elkins. “There’s always [while someone’s alive] a point of negotiation, you feel like you’ve got some level of, ‘Let me explain to you’. But once they’re passed, there is no explaining. You’re just left with feeling unresolved.”

And, she says, possibly guilt-ridden over your harsh judgment of that person.

“I work with a lot of people who sometimes really struggle with feeling like they’re a hypocrite or inconsistent,” says Tan-Kristanto, director of the Australian Clinical Psychology Association. “It can be really distressing to sort of go, ‘Oh, I consider myself a generous person or a loving person, but then I did this. And what does that mean about me?’

“But we’re allowed to be both,” she says. “We’re allowed to have had difficult interactions and feel unhappy with some of this person’s behaviour and also be really sad or still really care about that person. It’s like with kids, or with your husband, you can be pissed off at him sometimes and you can love him [still].”

To deny ourselves this complexity, she says, is to deny what it means to be human.

“We’re all allowed to have multiple emotions,” says Tan-Kristanto. “This idea that we have to be 100 per cent consistent and therefore be 100 percent committed to this view, that [someone] is all good or all bad, just diminishes who we are and our relationship with people.”

Not to mention the fact that blaming other people for things that go wrong is an inevitable result of being human, says Elkins.

“Humans desire control, it gives us some semblance of security and safety,” she says, adding that this is why we often seek blame elsewhere, for something that has gone wrong.

At the same time, most people also suffer from “over-confidence” in evaluating their own skills or intelligence, making it even easier for us to blame others.

“Almost 80 per cent of people think that they’re better than average drivers,” says Elkins. “So, surely that’s not true because only 50 per cent can be better [than average drivers].” But over-confidence is a protective evolutionary strategy that helps us navigate the world, she says.

“[So] criticising others sometimes comes really naturally,” she says. “It’s often easier than criticising ourselves. When we’re scapegoating someone, in this case, Meghan Markle, it kind of feels empowering.”

She has a suggestion for those who feel, after someone’s died, that they perhaps judged them too harshly to their loved ones. “Perhaps that last moment is to focus on the things that actually went right when they were there for you,” she says. “If you’re talking about mother-in-laws [for instance], you obviously fell in love with their son or daughter. There has to be good things in that person that you [see] reflected back in them, that make you understand where they [your partner] came from.”

Make the most of your health, relationships, fitness and nutrition with our Live Well newsletter. Get it in your inbox every Monday.