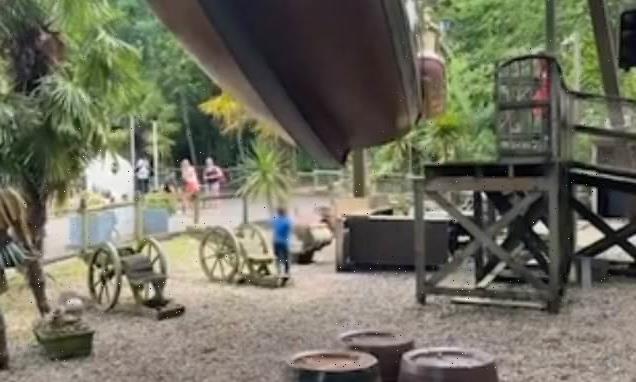 Horrifying moment young boy comes within feet of being injured

A horrifying video shows the moment a little boy was almost wiped out by a boat ride after climbing into the restricted zone beneath it.

At around 3pm on Monday the boy chose to climb the fence to play in the area under the ride in Warrington. 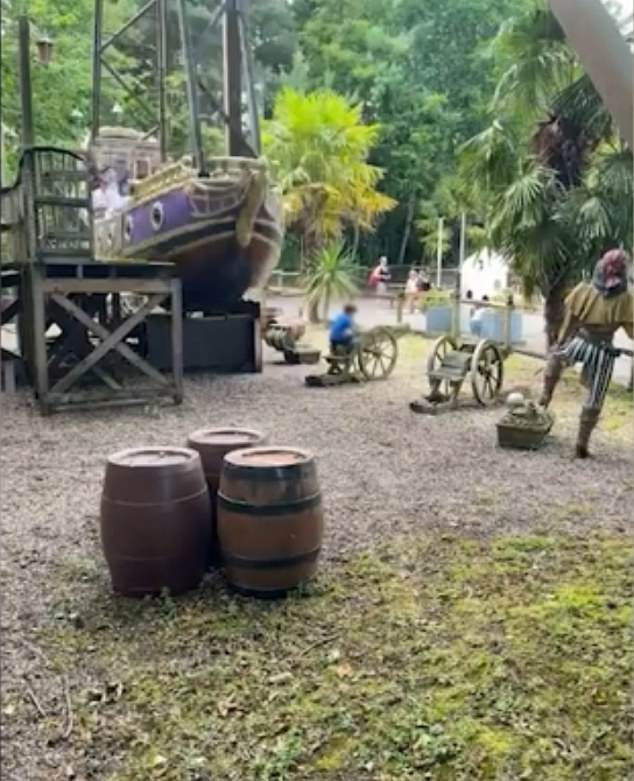 The young boy climbed the fence to climb on the cannons, unaware of the dangerous ride swinging above him 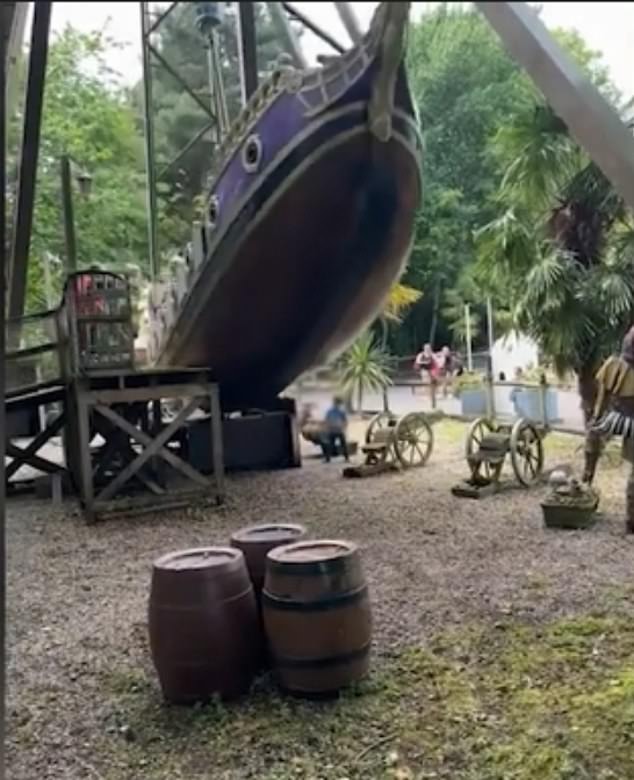 He was eventually grabbed by an adult and taken to safety

Those watching in shock can be heard shouting ‘there’s a kid’ before yelling in terror as the child walks closer to the swinging Pirate Ship ride in Gulliver’s World.

The screams carry on until a man waiitng in the queue jumps in to drag the boy to safety.

The little boy climbed over a fence to sit on one of the wooden cannons, then stood up beneath the giant swinging boat packed full with riders.

As the ride swings back down, he backs away ever so slightly before a man grabs him.

Dad Andy Moore, from Manchester, was among those waiting in the queue with his child when he spotted the boy playing in the gated area.

Mr Moore told the Manchester Evening News that the ride closed for a little while after the incident. 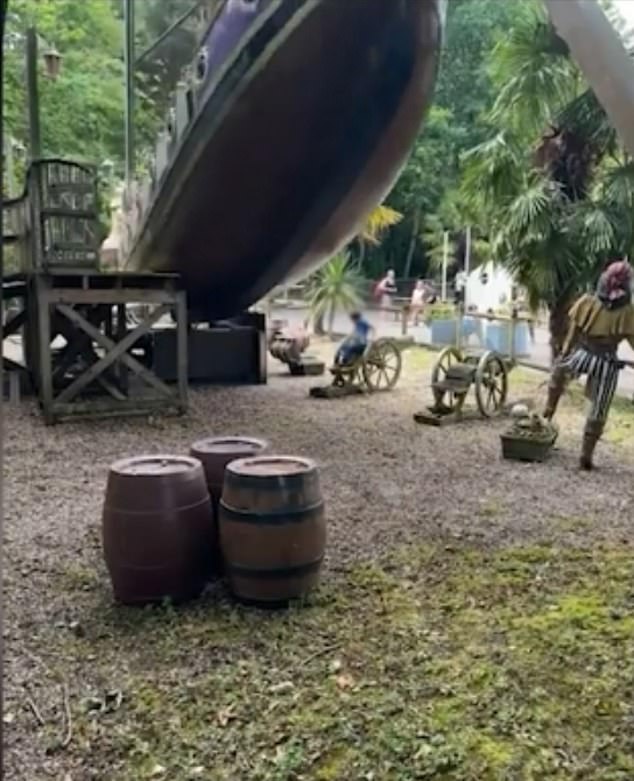 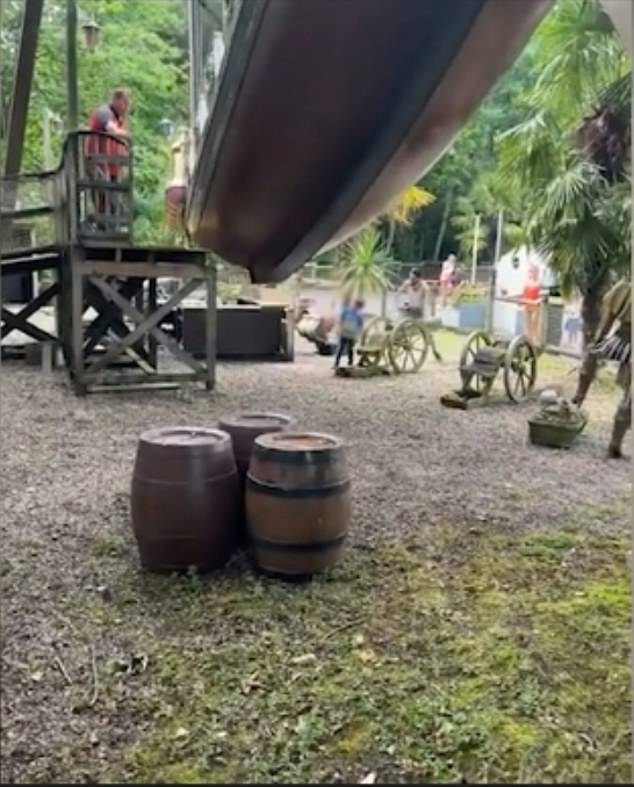 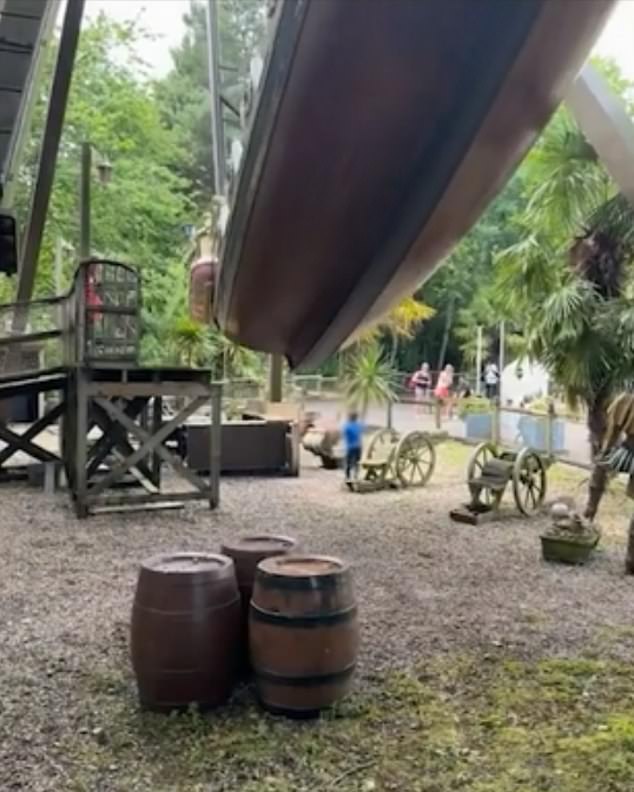 His head was scarily close to the heavy pirate ship ride

‘I was stood in line with my young child and we were taking pics of each ride we went on, when this child climbed the fence and ran towards the ride,’ said Andy.

‘He spent a while playing on the cannons while the pirate ship was in full swing. The staff member hadn’t seen at first but the queueing crowd had.

‘The parent of the child was nowhere to be seen at first. Then the staff member saw what everyone was shouting at and stopped the ride.

‘The child got very close to it and didn’t appear to realise the danger that was involved. A member of the public on the other side jumped over the fence to grab the child. I couldn’t as I didn’t want to leave my young child alone.’ 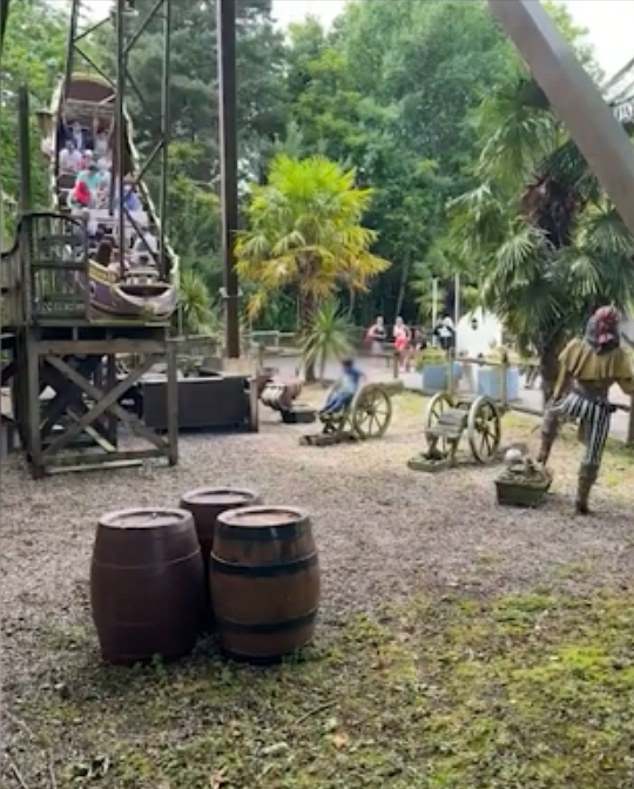 He added: ‘Thankfully there were no injuries. But clearly an issue when a young child of that age can easily climb the fence and enter the ride area. It could have been a lot worse.’

‘The safety of our customers and staff remains our number one priority.’