Travellers arriving in Melbourne from Hong Kong under the Australian government’s new requirement of proof of a negative COVID-19 test have reported a smooth process, but some questioned whether the new rules were needed.

Cathay Pacific flight CX105 landed at Tullamarine at 1.34pm on Thursday after departing Hong Kong the night before, and was among the first flights to arrive after the new rules came into force at 12.01am local time. 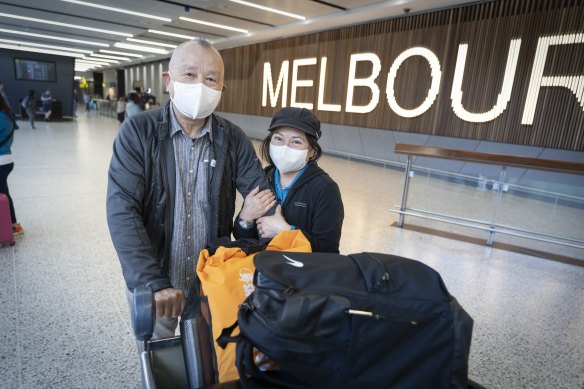 Louis Wong, who returned from Hong Kong after holidaying in his home city for the first time in three years, said pre-flight testing requirement was “a stupid idea”.

“Over there people really abide by the law and everyone wears a mask in a public area,” he said.

“I don’t understand why our government wants to implement this stupid measure because it’s not only affecting people from Hong Kong and China, it is also affecting Australians as we travel.”

The Albanese government now requires travellers from China, Hong Kong and Macau to obtain a negative COVID-19 test within 48 hours of departure and present evidence to airline staff before boarding to be allowed into Australia. The minimum requirement is a negative rapid antigen test supervised by a medical practitioner, but more accurate PCR tests are also accepted.

The number of cases in China have surged as the country moved to abandon its zero-COVID policy, and it will reopen to visitors from Sunday. Hong Kong has already eased many restrictions.

Robert Wilkins, a 68-year-old from the UK who has lived in Hong Kong since the 1980s, said he moved smoothly through Melbourne Airport without being asked for proof of his negative test after he presented evidence upon boarding.

“Everything was as smooth as it could be, actually,” he said. “I had a piece of paper at the [Hong Kong] airport, they put it into the computer and I didn’t hear anything more after that.” 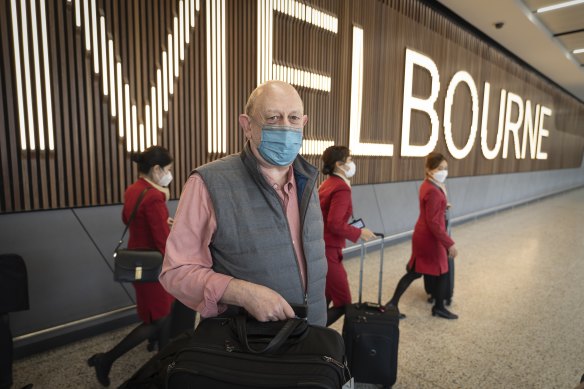 Robert Wilkins at Melbourne Airport on Thursday after arriving from Hong Kong.Credit:Eamon Gallagher

This is the first time Wilkins has left Hong Kong since the pandemic struck three years ago, and he is looking forward to being reunited with his 31-year-old daughter, who is based in Sydney.

“It’ll be a little bit different from FaceTime,” he said.

Wilkins said it was unclear to him what kind of pre-flight test the Australian government required, but he erred on the side of caution and got a PCR test near his Hong Kong office.

“Hong Kong is pretty much back to normal, and it’s such an efficient place,” he said. “I was just a little bit concerned with relatively short notice when it [the announcement] came out on Sunday that all the passengers on my flight would have heard about it. [But], it seemed all OK.”

Federal Health Minister Mark Butler on Thursday declared the screening measures a success and said there had been “no issues identified with compliance with those measures” on any flight from China, Hong Kong or Macau, and that all airlines had co-operated.

Butler stressed that Chinese travellers would face these screening requirements in “most destinations, frankly, around the world”. The United States, UK, Italy, Spain, Japan and South Korea have rolled out similar rules.

Asked why he ignored advice from Kelly that the screening was unnecessary, Butler repeated that it was a precautionary measure and that other recommendations made by the chief health officer – such as testing waste water from planes arriving from China – had been adopted.

Butler hoped the new rule would be a temporary measure and that “we will start to see more sharing of information” as the World Health Organisation pressed China for more real-time data on its latest outbreak.