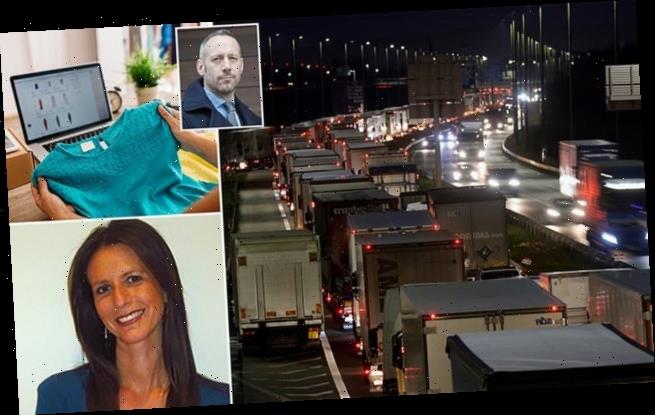 High street retailers and luxury brands are burning or dumping products returned by EU customers due to the cost and trouble of bringing them back into the country – as online shoppers in Britain see prices rise by a third for items from Europe.

The Brexit trade deal has seen many customers rejecting goods that have crossed the UK-EU border after being presented with unexpected customs paperwork and charges when signing for them.

Figures from market data firm Statista found that about 30% of items bought online are returned, meaning large volumes of goods are turned around.

Delivery company DPD asked one British shopper to shell out £77 in duties and charges to release £245 worth of clothes she’d bought from a French website, The Times reported.

The expensive issue has been caused by new rules which came into force on January 1 that require VAT to be collected on delivery for goods over £135.

But in many cases the retailers are unaware that they are charging their customers VAT twice – adding their own local rate only for the Britons to be charged again when their shopping arrive. 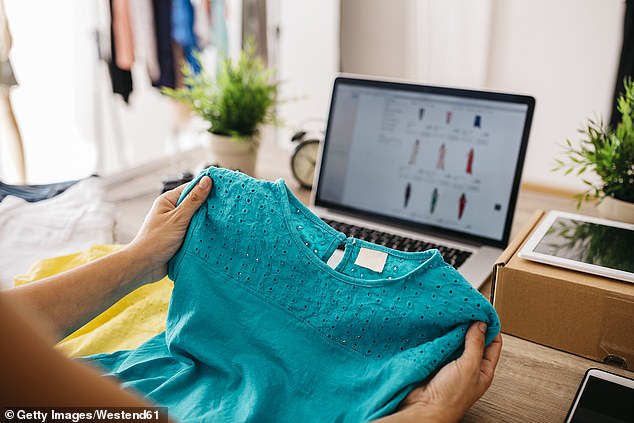 UK Fashion & Textile Association chief Adam Mansell said it was often cheaper for British retailers to dump goods being returned from Europe rather than deal with them.

He told the BBC: ‘It’s part of the ongoing small print of the deal. If you’re in Germany and buying goods from the UK, you as the German customer are the importer bringing goods into the EU.

‘You then have a courier company knocking on the door giving you a customs clearance invoice that you need to pay to receive your goods.’

‘Lots of large businesses don’t have a handle on it, never mind smaller ones.’

The Government said: ‘We have encouraged companies new to dealing with customs declarations to appoint a specialist to deal with import and export declarations on their behalf – and we made more than £80m available to expand the capacity of the customs agents market.

‘The Government will continue to work closely with businesses to ensure they are able to trade effectively under the new rules.’

British customers are also liable to be hit with further duties if the goods originated, even partially, outside the EU. 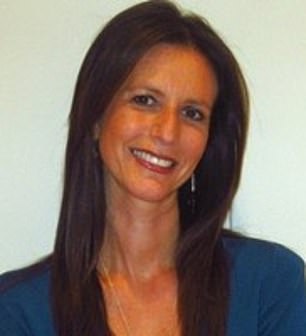 Clothes shopper Louisa Walters, 52, was asked for £77.23 in tax, duties and charges after splashing out more than £240 on two items of clothing from Paris-based Sandro

The delivery companies are then whacking their own additional charges on top – 2.5 per cent of the VAT charge in the case of DHL – to cover their administrative fees.

Clothes shopper Louisa Walters, 52, told The Times she was asked for £77.23 in tax, duties and charges after splashing out more than £240 on two items of clothing from Paris-based Sandro.

The duty suggests the goods, at least partially, originated from outside the EU. It’s not clear if a sales tax was levied on the original order.

Ms Walters said she didn’t even know they were coming from France.

‘DPD offered me two options – pay the fees or return the package. There was no way I was paying £77 so I clicked to not accept the package. I was very disappointed,’ she told the paper.

It is believed that the issues can be ironed out over the next few months as more EU retailers register with HMRC.

But some have pulled the plug on their UK operations altogether in the wake of Brexit.

It comes after it emerged yesterday the EU is demanding that Boris Johnson abandon his plans for a ‘Singapore on Thames’ before they will grease the wheels at the ports. 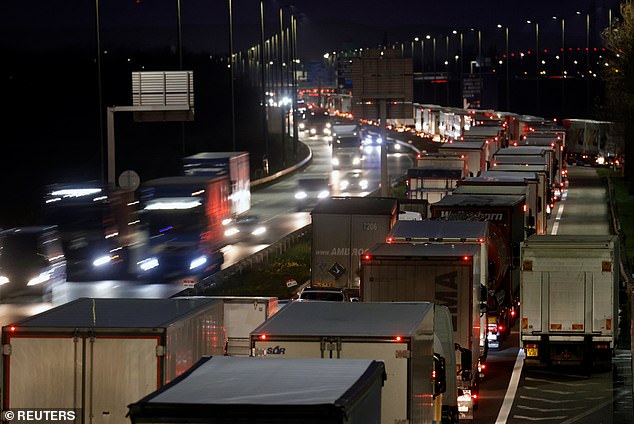 Shoppers hoping to import items from the continent face having to pay more and some are being hit by being charged VAT twice. Pictured: Shoppers browse in Galeries Lafayette department store in Paris on Wednesday

The bloc is said to be open to discussing how to reduce friction, with shoppers complaining of shortages at UK and French supermarkets as post-Brexit red tape has hit supplies in and out of Britain.

It emerged that up to 200 lorries a day are being turned back from UK crossings into the EU because they lack the proper paperwork.

Emma Churchill, the head of the border and protocol delivery group at the Cabinet Office, said between 3 per cent and 8 per cent of HGVs – 100 to 200 vehicles a day –  were being refused permission to enter the continent. 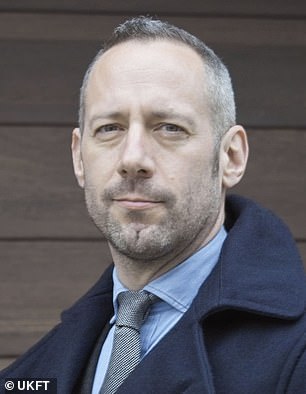 But EU diplomats have suggested that they will make moves to ease problems if Mr Johnson keeps the UK close to rules made in Brussels and ditches any plans to emulate the growth of the Asian trade powerhouse on its doorstep.

Singapore is a low tax economy and shipping fulcrum in Asia and ministers are believed to see its model as a way to reshape the UK after Brexit.

A senior European diplomat told the Times that ‘of course we can in future discuss how to have less friction’, but they added: ‘Discussing further facilitation or ways to reduce friction would depend on what the UK is doing and where they want to go.

‘Initiating that conversation and negotiation will not be made easier if the other side of the table is talking up deregulation or Singapore on the Thames.’

Shoppers in the UK have reported shortages of some items in domestic supermarkets after Britain split from Brussels at the start of the year.

Meanwhile, M&S stores in France have faced supply issues and millions of pounds worth of meat exports from the UK have been left to rot in ports on the continent because of new border rules. 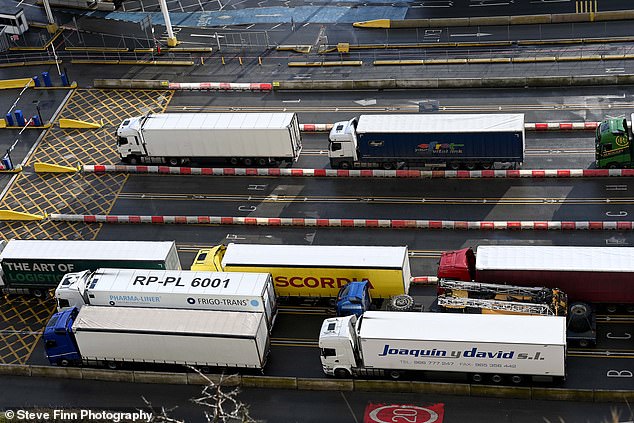 Northern Ireland has also experienced food shortages but ministers have previously been insistent problems were not Brexit-related.

Northern Ireland Minister Brandon Lewis said empty shelves had ‘nothing to do with leaving the EU’ as he blamed the coronavirus crisis.

But Ms Truss, the International Trade Secretary, has now said Brexit is partly to blame, putting her at odds with her Cabinet colleague.

She told ITV’s Peston programme: ‘Well, I think it is down to both of those issues. Of course we were always clear that we are leaving the single market, we are leaving the customs unions, there would be processes to be undertaken.

‘We are now seeing a more rapid flow of goods into Northern Ireland and those supermarket shelves are being stocked.

‘Of course there was always going to be a period of adjustment for businesses but at the same time the benefits of having the trade deal we now have with the EU is we are able to strike trade deals with the rest of the world.’

Her comments were in response to Simon Coveney, the Irish Foreign Minister, who said food shortages in Northern Ireland were ‘clearly a Brexit issue’. 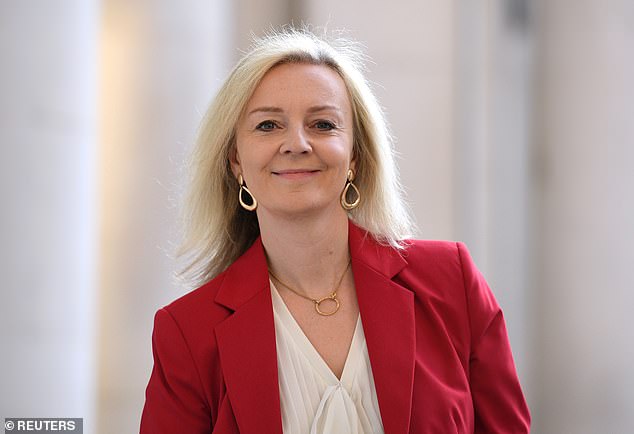 Liz Truss, the International Trade Secretary, said problems in Northern Ireland were ‘down to both’ Brexit and coronavirus

He told the same programme: ‘I don’t think it is only to do with Covid-19 although certainly that doesn’t help but the supermarket shelves were full before Christmas and there are some issues now in terms of supply chains and so that is clearly a Brexit issue.

‘It is part of the reality of the United Kingdom now being outside not only the European Union but of the customs union and the single market as well.

‘That requires a certain amount of checks on goods coming from GB into Northern Ireland and that involves some disruption that I think companies will take some time to get used to and that is what we are seeing at the moment, some companies simply weren’t ready for the change that Brexit brings, it is a very real change.’

Mr Lewis said earlier this week that shortages of some products in the weeks since the post-Brexit transition period ended on December 31 were due to the knock-on effects of UK trade with continental Europe being temporarily halted due to concerns over the new Kent variant of coronavirus.

He told BBC Radio 4’s Today programme: ‘That’s actually something we’ve seen across other parts of the UK as well, nothing to do with leaving the EU, nothing to do with the Northern Irish protocol but actually to do with some of the challenges we saw with Covid at the port of Dover just before Christmas and the impact that had on supply lines coming through.

‘I have to say supermarket supply lines at the moment are in good fettle.’ 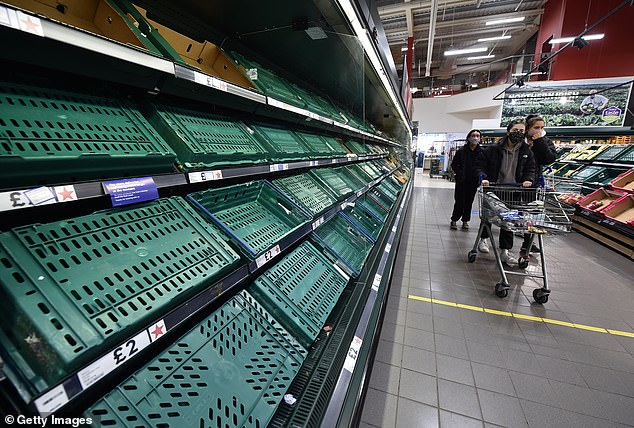 A Whitehall source added: ‘Brandon has been clear that it is important to put these issues in context. There were multiple challenges for businesses trading across the UK, including Northern Ireland, over Christmas and into the New Year.

‘That wasn’t unique to Northern Ireland and was unrelated to the Protocol. Those challenges included staff shortages due to coronavirus, NI being at the end of the supply chain and the issues we saw at Dover before Christmas.

‘This was compounded by a period of adjustment as businesses adapted to new processes for trade from GB to NI. The flow of goods under the Protocol is now smooth overall and individual issues are being addressed quickly by relevant departments.’ 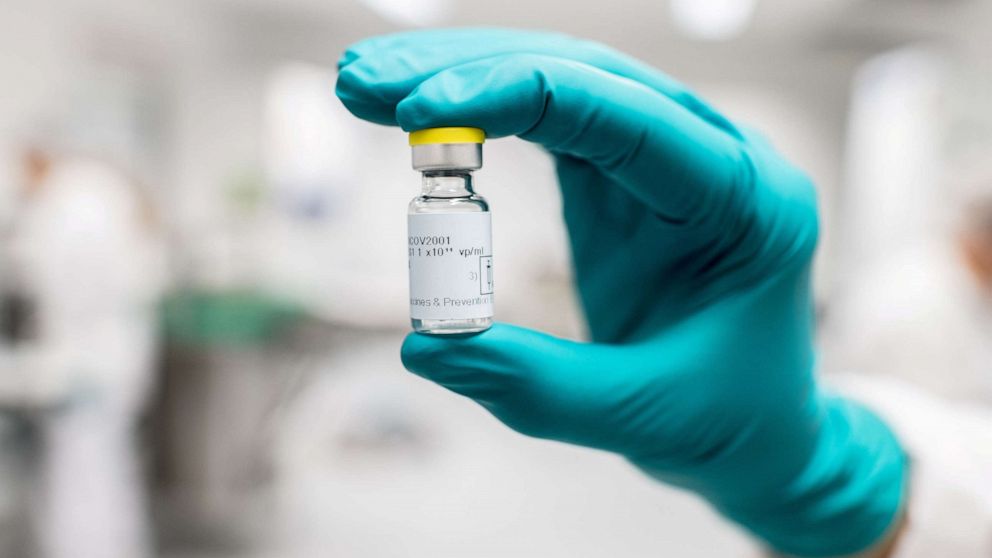 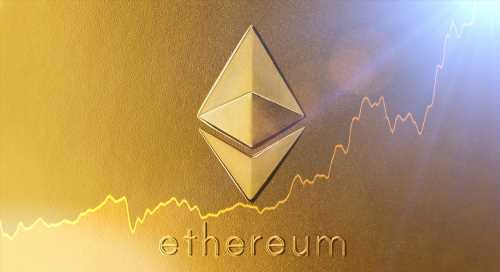 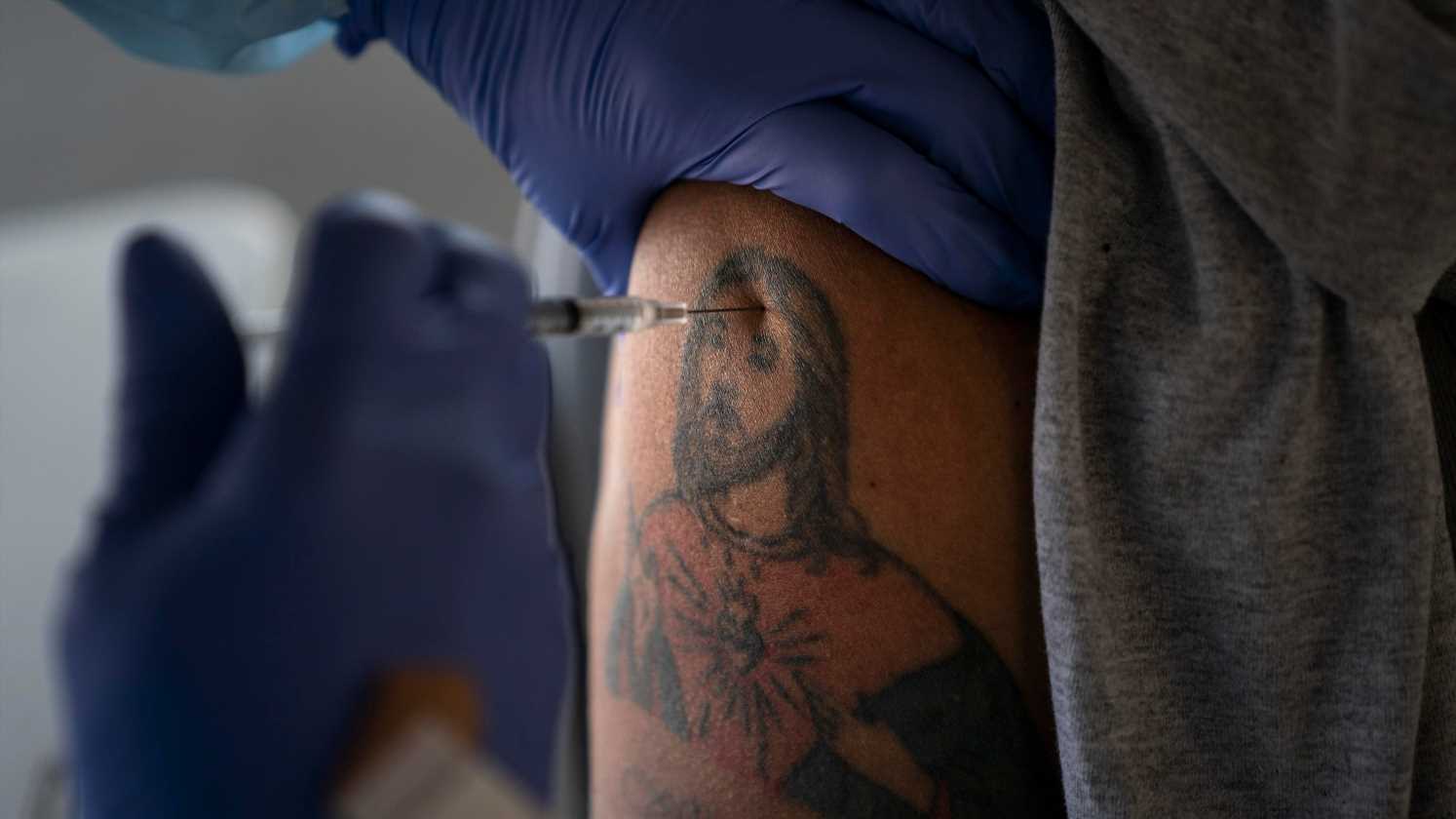