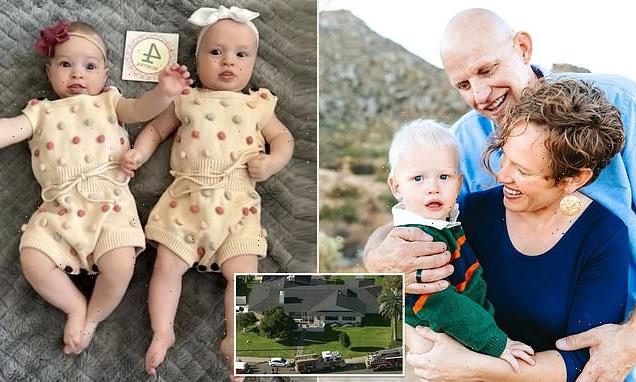 PICTURED: Six-month-old twins, their three year old brother and mother killed by their father who then shot himself in the head in murder-suicide in Phoenix

A Phoenix man allegedly killed his six-month-old twins, three-year old son and wife before turning a gun on himself.

The babysitter made the horrifying discovery when she arrived at the family’s home around 8am Wednesday morning and found the bodies of 40-year-old Marla Hudgens and her husband, 44-year-old Jasen Hudgens.

The distraught nanny called 911 and also detected a strong gas odor that was so powerful that when emergency personnel arrived on the scene, they had to wait for hours to enter the home that was located on August Avenue near 7th and Northern Avenues.

Police said Jasen is suspected of killing the other members of the family before shooting himself and believed to be the sole suspect in the horrific crime.

The official cause of death of his four family members was still unknown by Friday, officials said. 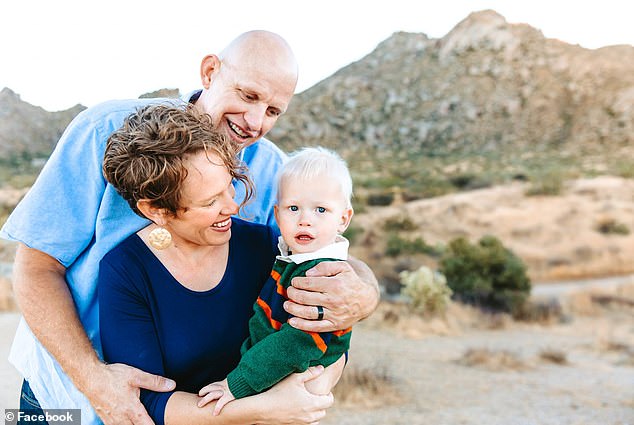 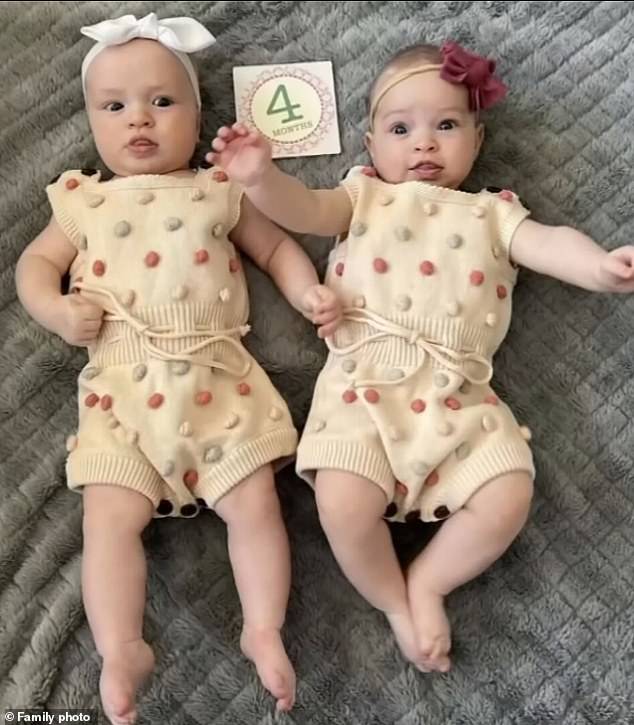 The 6-month-old Gwen and Faye were killed by their father this week. Their bodies were discovered on Wednesday. Officials said that there were  ‘obvious signs of trauma,’ police said 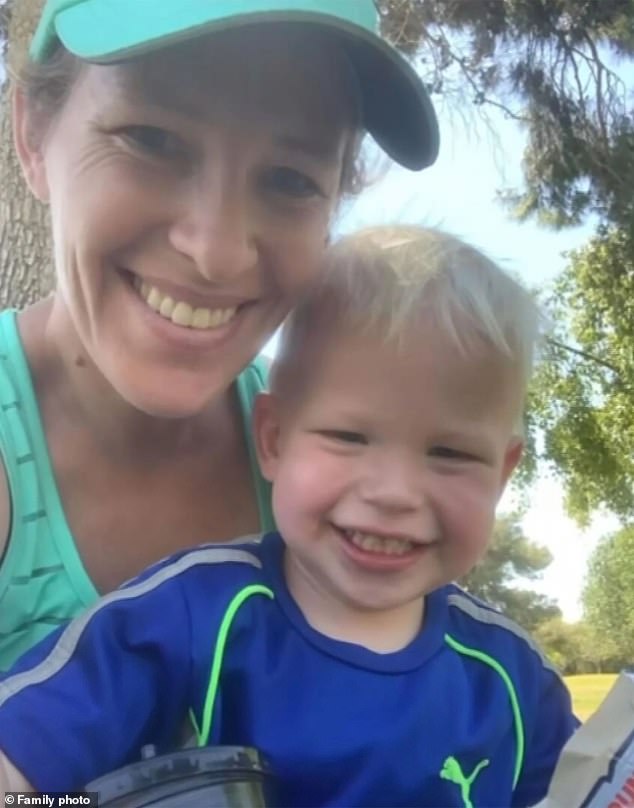 They had teams – with some members wearing hazmat suits – on the scene and ‘quickly mitigated the danger,’ they said.

Southwest Gas also responded to the scene and found no gas leaks at or near the home. A propane tank had been outside the home that was captured by video taken by Sky12. 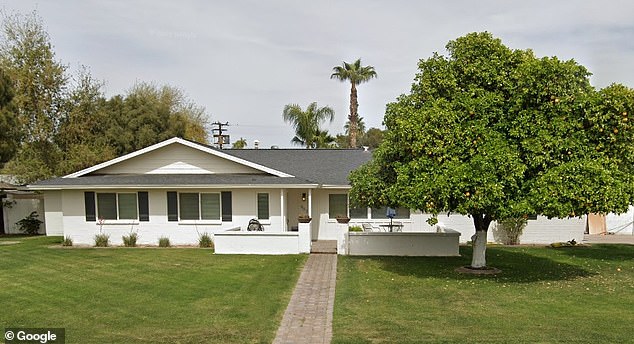 The home where the murder-suicide took place. Phoenix firefighters and Glendale Fire Hazardous Materials called it an ‘extremely tragic situation.’ 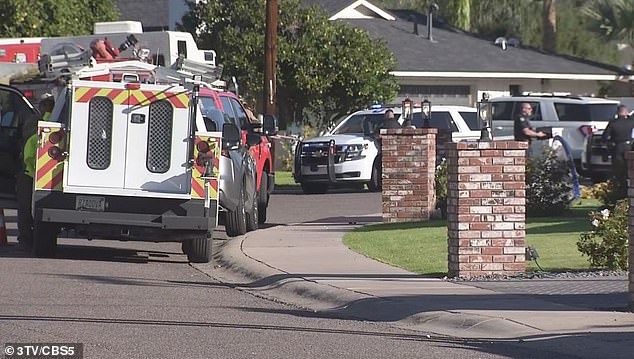 Southwest Gas also responded to the scene and found no gas leaks at or near the home. A propane tank had been outside the home that was captured by video taken by Sky12 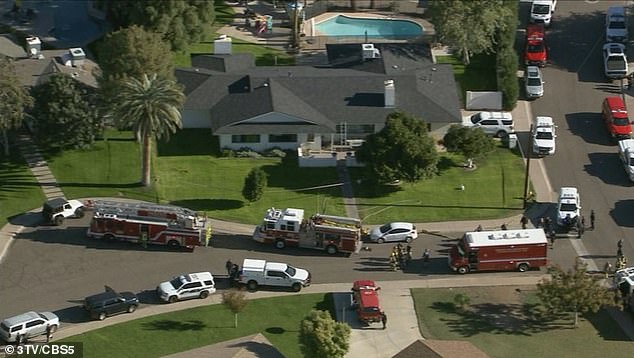 Police said Jasen Hudgens, 44, is suspected of killing the other members of the family before shooting himself and believed to be the sole suspect in the horrific crime. 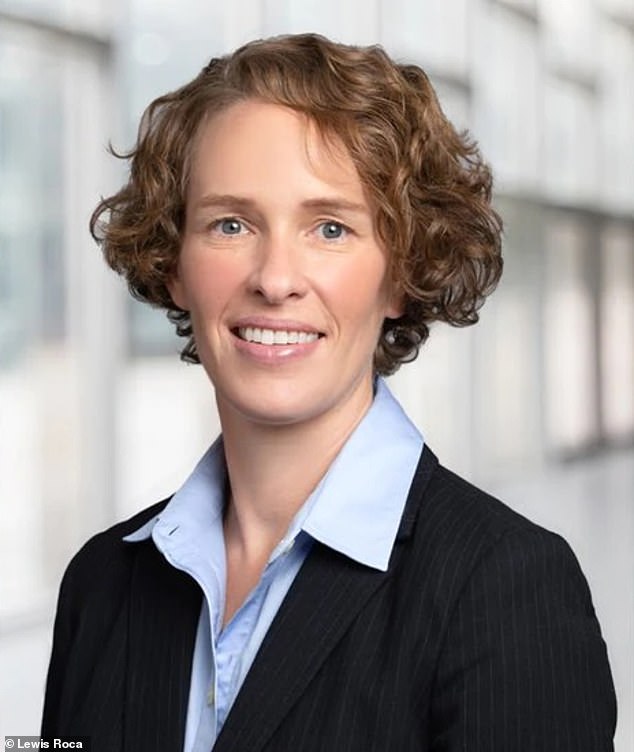 It is unclear how long the couple were married, but according to some friends Marla had confided in them that she was ‘unhappy’ and wanted to end her marriage, CBS5 News reported.

They said Marla struggled with infertility and was thrilled when she became a mother.

The horrific news of their friend’s death shook them to the core. They said they never thought it would end so violently, and their children would be involved.

One of the neighbors who asked not to be identified but called herself a ‘close friend’ of the victim, said they were ‘completely wonderful neighbors,’ 12News reported.

‘What I want everybody to know [is] this was never a thought in our mind. We knew they were marriage struggles, but not to this degree,’ she said.

Marla Hudgens was a partner at the Lewis Roca law firm in Phoenix.

‘We are in complete shock and are only just beginning to process this awful tragedy. Marla was a passionate lawyer and advocate for her clients. She was an equally passionate leader who worked tirelessly to make our firm a better place,’ the law firm wrote in a statement.

The mother-of-three was also a soccer coach for Phoenix’s Madison Futbol Club. the club posted a statement on social media upon hearing news of the tragic deaths.

‘Marla means so much to so many, and was instrumental in building our girls club division,’ the club stated.