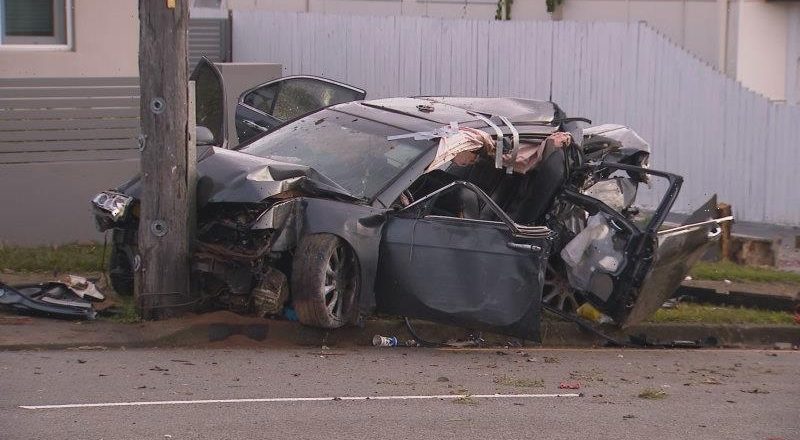 Five teenagers have been injured after their car hit a pole in Sydney’s south-west on Friday morning in an eerily similar incident to the Buxton car crash in which five students from Picton High School died.

Emergency services were called to Stoney Creek Road at Beverly Hills about 6am following reports that a Honda Accord had hit the pole. 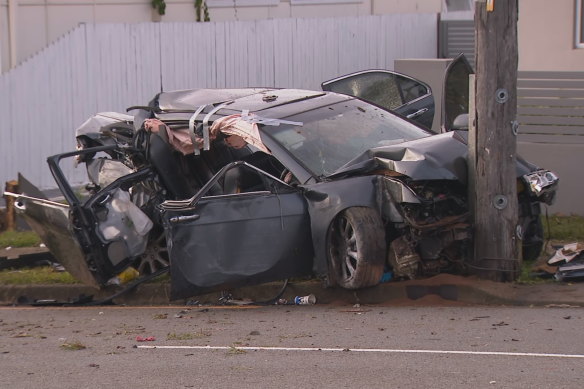 Five teens were injured following a single-vehicle crash in Beverly Hills, in Sydney’s south-west, on Friday.Credit:Nine

Two female passengers, both aged 16, were treated at the scene before being taken to St George Hospital in a serious but stable condition. One suffered hip and chest injuries while the other had head injuries.

Two male passengers, aged 15 and 16, were also treated at the scene and taken to Liverpool Hospital in a stable condition. One suffered a minor head injury after being initially trapped in the car. 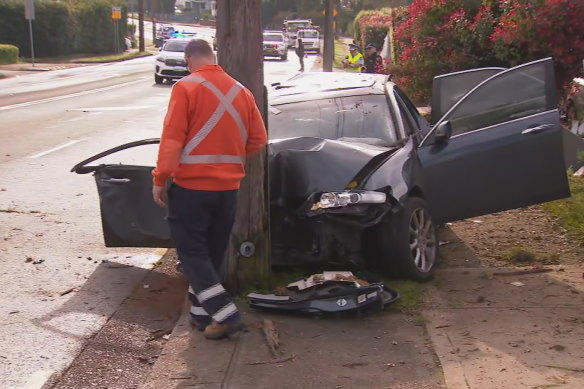 Five teenagers were injured following a single-vehicle crash in Sydney’s south-west on Friday.Credit:Nine

The driver, an 18-year-old man, suffered minor injuries and was taken to Liverpool Hospital for mandatory testing.

“Incidents involving young people are always confronting for our crews. We’ve recently seen a terrible tragedy on our roads and we encourage everyone to drive safely,” she said.

She also said the girls had to be treated on the side of the road due to the condition of the car.

“They’d been travelling in the back seat with a male patient, who was trapped in the car due to the damage caused to the vehicle,” she said.

“Emergency crews worked to free him, while paramedics and the aeromedical team treated the other patients on the side of the road.”

The first of five teenagers killed in a crash in Buxton last week has been farewelled, with four more funerals to come in the next four days as the community south-west of Sydney continues to grapple with the tragedy.

Tyrese Bechard, 15, was farewelled on Thursday at a funeral in a Picton church with a “huge turnout”, Wollondilly Shire Mayor Matt Gould said.