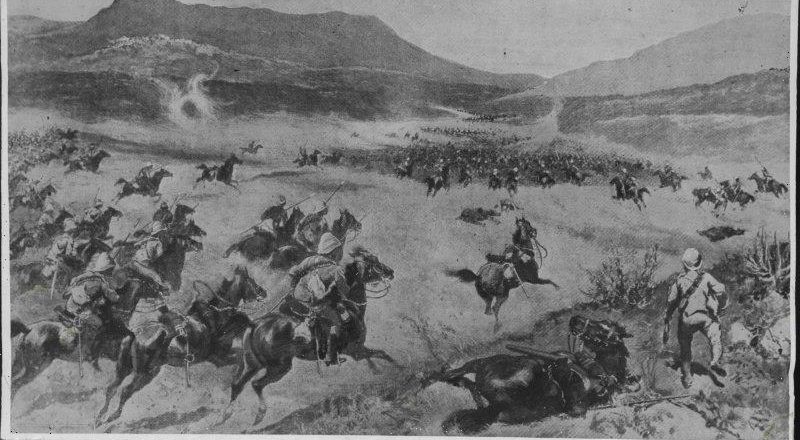 It has taken 120 years to find out, but the first Indigenous soldier to die on overseas service for Australia has finally been identified.

Private Walter Joseph Parker was one of 10 Indigenous men to enlist for service in the Boer War in 1901 – and, of those, he was the only one to die. 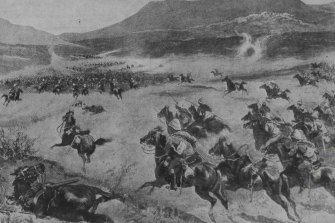 Fighting at Klip Drift between Australians and Boers in 1900.Credit:Fairfax

Michael Bell, Indigenous Liaison Officer at the Australian War Memorial said the memorial had identified 10 Indigenous men who served, nine of whom returned.

“As with all other service and conflicts, the potential for these numbers to increase is evident,” he said.

With Federation on January 1, 1901, and the establishment of a National Defence Force, a call went out the same month for recruits who were expert riders and good shots to serve in the Boer War.

Parker, born in Gingin, north of Perth, answered the call but was rejected, possibly because of his Indigenous heritage, said researcher Sue Mills. 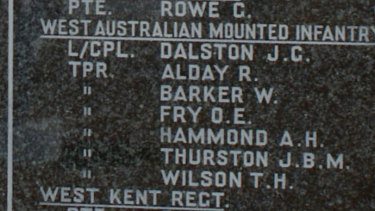 The misspelt inscription of Walter Parker’s name on a memorial in the Standerton Garden of Remembrance.

Undeterred, Parker tried again, enlisting in Coolgardie at the age of 26. He served with the 5th West Australian Mounted Infantry Contingent in the Eastern Transvaal, Natal and the Orange Free State.

Mills wrote in a research paper, “Of the original strength of 221 men, six soldiers were killed or died of wounds and three died of disease, one of those being Walter. He died of typhoid fever on January 22, 1902, at Standerton, [now in the province of] Mpumalanga, South Africa.”

Mills told the Herald: “When his mother died, her obituary said she lost two sons [half-brothers] in the war [the other died at Gallipoli] and it was assumed both died in World War 1. We couldn’t find anything about Walter until I thought, ‘What if it was an earlier war?’ I looked at the Boer War records and straight away he popped up.”

The grandfather of Mills’ first husband, James Dickerson, was Parker’s half brother. 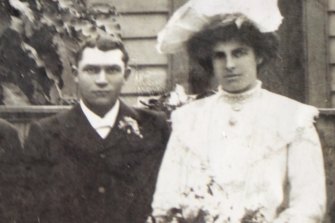 Alfred Ernest Whye was one of 10 Indigenous soldiers who served in the Boer War.

No photograph of Parker has been found. A war memorial at the Standerton Garden of Remembrance, which bears his name, has it misspelt as “Barker W.“.

Descendant Matthew Grice from Perth, who researched the family tree, said Parker was his half-third great-uncle. “I knew absolutely nothing about him but since we have done the research and found out he was the first Indigenous soldier to die for Australia that was recognised, I am very proud,” he said.

Also among the 10 who served was Private Alfred Ernest Whye from Gongolgon, north-west of Dubbo who enlisted in the 3rd New South Wales Mounted Rifles.

In an interview with the South Auckland Courier a year before he died in 1969, he said, “[We] chased the Boers around and about. We captured hundreds of them. They were tough though, by gee. The gamest I ever saw. Some of them were boys, only 12 years old they were. And old men, with their clothes all patched up. But gee, could they fight.”

An entry for Whye in the Australian Dictionary of Biography by his granddaughter Kathy Whye reads, “Whye underplayed the toughness of the war. With few opportunities to wash or change clothes, lice were a constant problem. There was inadequate food and water and many men died of disease.”

Kathy Whye, who lives near Melbourne, said she was 18 when her grandfather died. “I was a teenager, not interested in old grandpas,” she said. “He kept his service quiet and today we are fascinated by it and wished they hadn’t kept quiet.”

Military historian Peter Ball, specialising in early Aboriginal service, said, “All 10 of these men served as fully fledged soldiers, as troopers; none of them were auxiliaries. Any idea that they only served as scouts and lackeys is a myth and is absolutely wrong.”

A service organised by Legacy for NAIDOC Week, Honouring Indigenous Servicemen and Women, will be held at the Anzac Memorial in Hyde Park on Thursday evening.

Parker’s story will be told on Thursday at the Australian War Memorial’s Last Post ceremony.