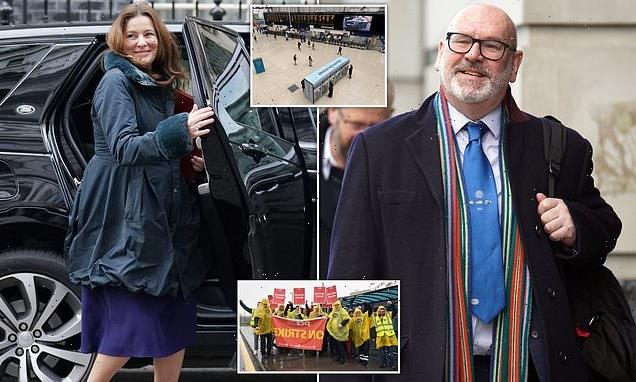 It’s Walkout Wednesday! February 1 will see worst strikes chaos yet as teachers, train drivers, airport staff and civil servants ALL walk out at the same time

Britain will be forced to grind to a halt next month as co-ordinated strike action will see hundreds of thousands of train drivers, teachers, airport staff and civil servants walk out of their jobs.

On February 1, travel chaos and pandemic-style remote learning for students will return due to the major industrial action over pay from a number of unions.

The date has been dubbed as a national ‘protect the right to strike’ day by unions, in response to the government’s planned law on minimum service levels.

On Monday, MPs voted for a bill that could see workers fired if they refuse to work during a strike. 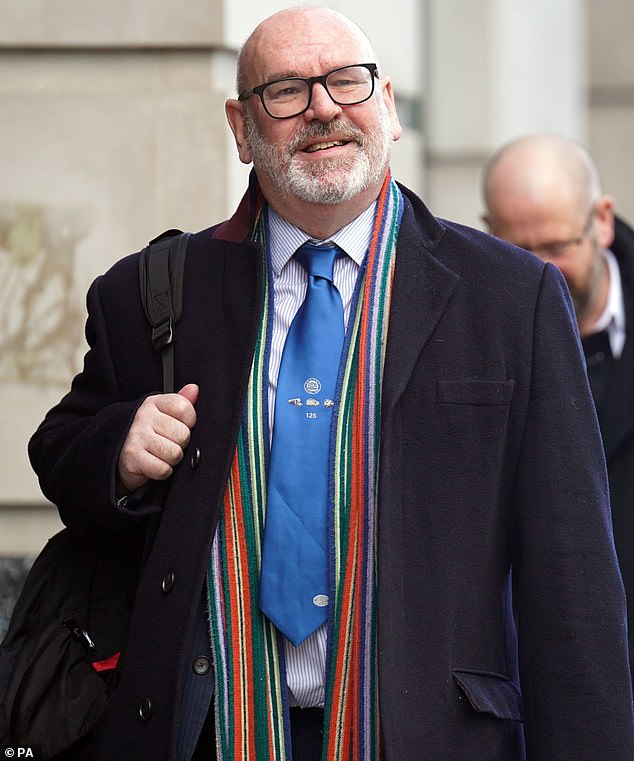 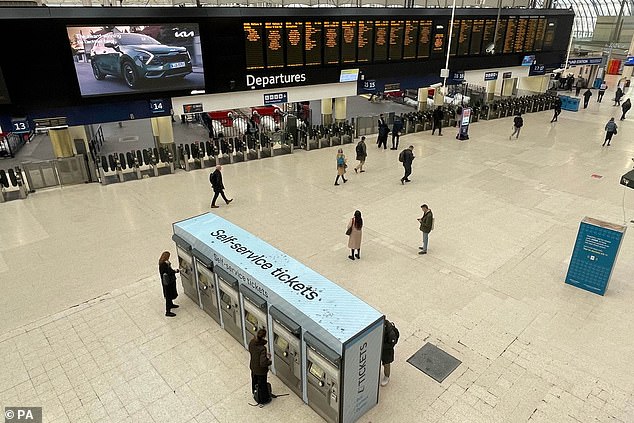 Waterloo station in London was virtually empty at 7am on January 3, with only a handful of trains running due to mass walkouts 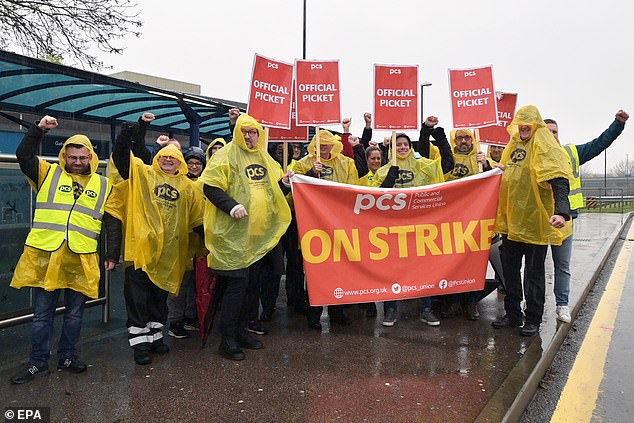 The Trade Union Congress, which represents a number of unions and 5.5million members, has labelled February 1 as a national ‘protect the right to strike’ day.

While leaders of the National Education Union (NEU), the country’s largest teaching union, confirmed they will launch industrial action starting next month after balloting its 300,000 members.

Up to 23,400 schools are expected to be affected and Education Secretary Gillian Keegan admitted she can’t promise schools will stay open.

The Department for Education has offered a 5 per cent pay rise to most teachers for the current school year, but the National Education Union is demanding am above-inflation pay rise.

Further industrial action will take place on February 14, March 15 and March 16. Teachers in a number of regions will also walkout on February 28 and March 1 and 2.

Schools have been told to prioritise opening for groups of vulnerable pupils, key workers’ children and those due to take exams and formal assessments on days where industrial action will take place.

While a near total shutdown of the railway is also likely, as Aslef, the drivers’ union will stage two 24-hour walkouts on Wednesday, February 1 and Friday, February 3.

Train-driving members of the RMT union, who are also on strike, will join Aslef union members on the picket line.

In reality, commuters are likely to face four days of travel misery – from February 1 to 4 – as the knock-on effects from strike action typically affect services well into the following day. 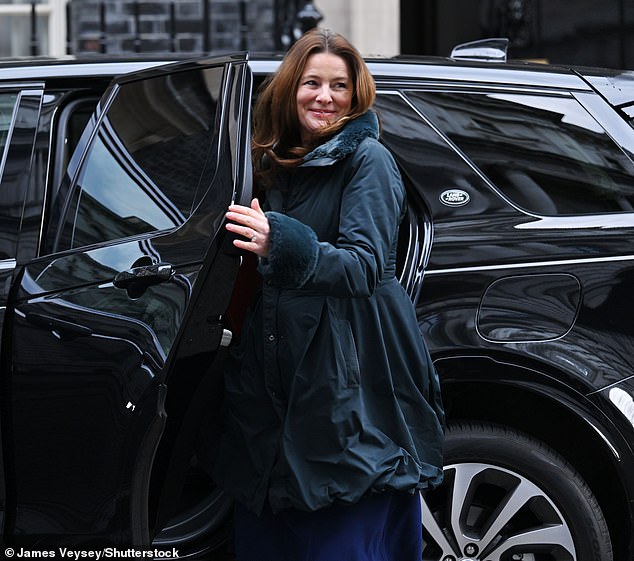 The train strikes come despite operating companies having offered Aslef’s drivers a ‘fair and affordable offer’ that would have seen the average salary rise by almost £5,000 (to £65,000) by the end of 2023.

The two-year pay deal, the latest in a bid to resolve the protracted dispute between the government and rail unions, was rejected outright before being put to the union’s members, it was reported.

Mick Whelan, the general secretary of Aslef, said that his union was ‘chasing a pay rise that at least puts a dent in prices’ after inflation hit 10.7 per cent in November.

A spokesperson for the Rail Delivery Group described the decision to reject the offer as ‘disappointing’ and called on Aslef to ‘recognise the real financial challenge the industry is facing’.

RMT boss Mick Lynch said: ‘Our negotiations will continue with the rail operators to create a package on jobs, conditions and pay that can be offered to our members.’

Teachers and train drivers will be joined by 100,000 civil servants who are members of the FDA union.

While members of the Royal College of Nursing (RCN) will walk out today and Thursday and again on February 6 and 7. 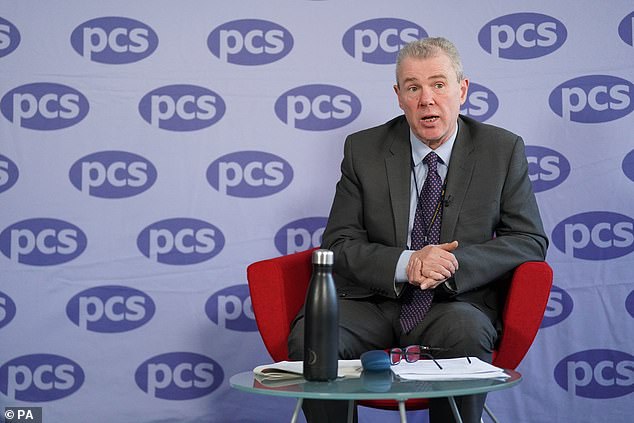 It is the first time that members of the PCS, led by Mark Serwotka (pictured) in different government agencies have co-ordinated their strikes to take place at the same time in this latest period of unrest. 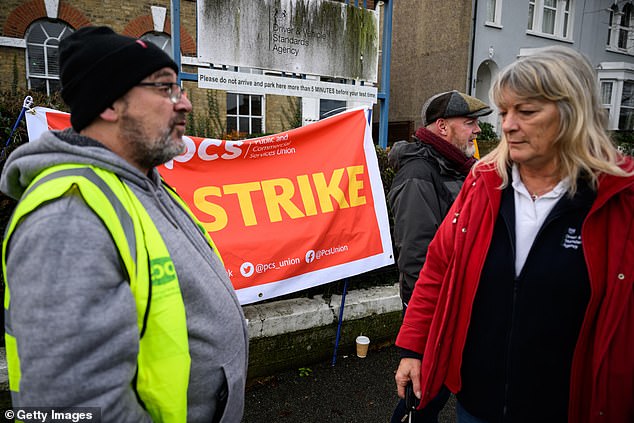 The mass walk-out is a massive ratcheting up of pressure by militant trade unions.

The mass walk-out by workers from 124 different government departments including Border Force, the DVLA and job centre staff is a massive ratcheting up of pressure by militant trade unions.

It is the first time that members of the PCS in different government agencies have co-ordinated their strikes to take place at the same time in this latest period of unrest.

Graduates on the civil service fast-track scheme, who receive starting salaries of about £28,000, voted to take strike action over pay for the first time in their history.

TUC General Secretary Paul Nowak said: ‘The right to strike is a fundamental British liberty – but the government is attacking it in broad daylight.

‘On February 1 will we hold events across the country against this spiteful new bill – which is unworkable and almost certainly illegal.’

Dave Penman, the FDA’s union’s general secretary, said the fast stream attracted some of the brightest graduates in the country but that they were being exploited.