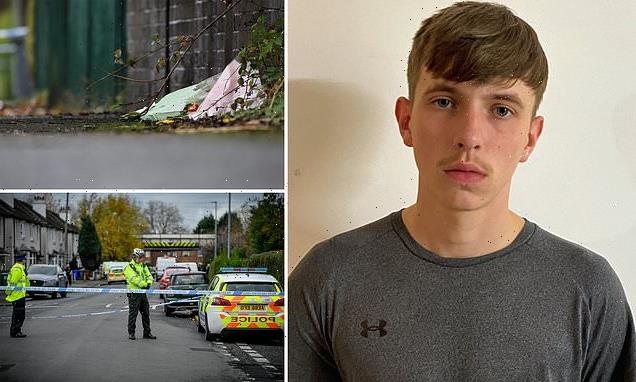 ‘Life will never be the same without him’: ‘Devastated’ family of boy, 17, stabbed to death in Manchester pay tribute to ‘beautiful’ son as detectives continue with murder probe

The family of a 17-year-old boy who was fatally stabbed in Manchester said their lives will ‘never be the same without him’ and said his death has left them ‘broken’ as they paid tribute to their ‘beautiful son’.

Kyle Hackland was stabbed on Southlea Road, in Withington, around 11.30am on Tuesday shortly before Greater Manchester Police were alerted to the scene.

The teenager was rushed to hospital in an air ambulance but sadly died shortly after as a result of the stab wounds.

Kyle’s family said: ‘We are devastated by the death of our beloved Kyle. He was such a kind and well-mannered young boy who always looked out for his family — never failing to say “love you” as he walked out the door. 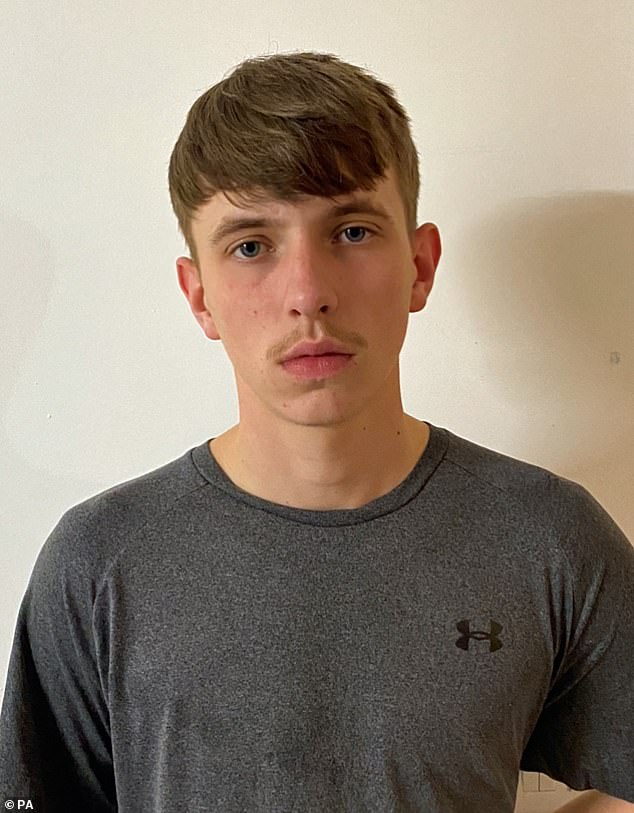 Kyle Hackland was stabbed on Southlea Road, in Withington, around 11.30am on Tuesday shortly before Greater Manchester Police arrived at the scene. The teenager was rushed to hospital in an air ambulance but sadly died after as a result of the stab wounds

‘There are no words that can even begin to describe the pain we feel. We have always been such a close family, and this has shattered us all.

‘He will forever be missed as a beautiful son as well as a caring and helpful big brother, grandson, nephew, cousin, and friend. Life will never be the same without him, we are completely broken.’

Detective do not believe it was a random attack and say that their early enquiries suggest that there is no wider threat to the community.

Tributes have also been paid to the teenager on Facebook.

One read: ‘Lost for words isn’t the one. RIP Kyle. Missed and loved by so many worlds a messed up place always the best that get took away to soon miss seeing your crazy face in school bro hope your riding in the sky doing us proud.’ 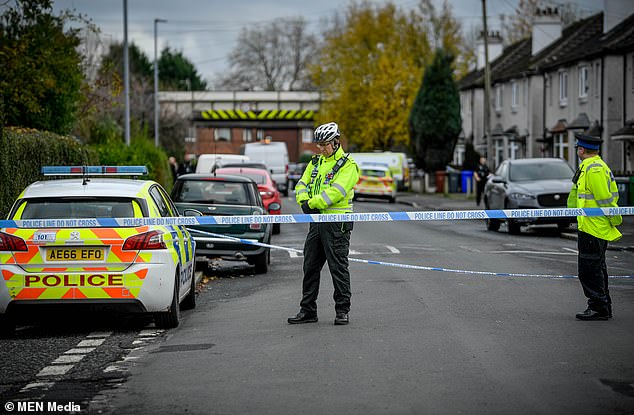 Kyle died after as a result of a fatal stab wound. Pictured are police in Southlea Road, Withington, in Greater Manchester, on Tuesday 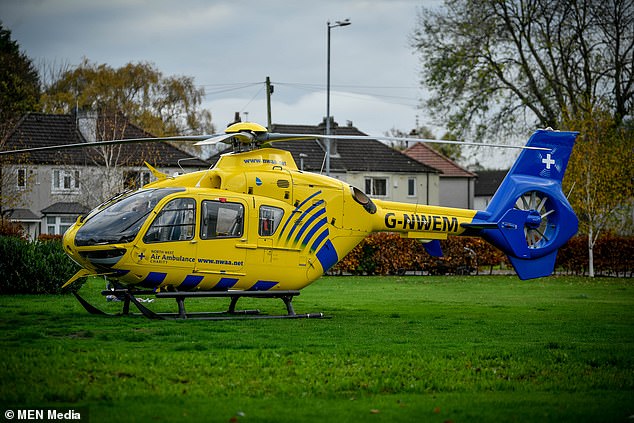 The 17-year-old had been rushed to hospital in an air ambulance just after 11.30am Tuesday but died of his injuries

Another said: ‘Hug your love ones, kiss them goodnight, tell them you love them every day, life is so cruel. Thinking of the Gormley family who have lost a beautiful young man. RIP Kyle.’

Officers introduced a temporary Section 60 stop and search order in the Withington and Burnage part of the city.

This means officers can stop search anyone in a defined area over the following 24 hours.

Detective Superintendent Neil Jones of Greater Manchester Police’s South Manchester Division said: ‘Our thoughts are with the victim’s loved ones at this devastating time, and I understand this will cause distress and concern to the community and across Manchester. 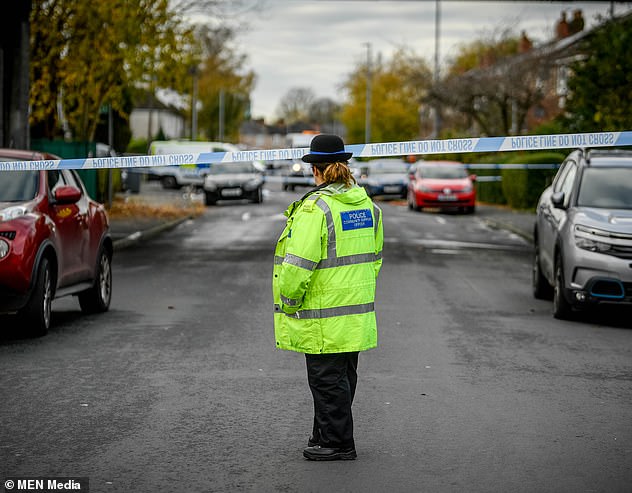 ‘We are in the early stages of our investigation, but I can assure you that our officers are carrying out extensive enquiries to establish the full circumstances surrounding this incident.

‘You may notice that there will be an increase in officers out on the streets in the Withington and Burnage area over the coming days to gather intelligence and offer reassurance to the public.’

Detectives have also urged anyone with any information to come forward.

Greater Manchester Police can be contacted via gmp.police.uk or 101.

In an emergency, always dial 999. Information about crime can also be shared anonymously via the independent charity – Crimestoppers, anonymously, on 0800 555 111.