A former top choirboy who sang at the Royal Albert Hall and on breakfast TV has been jailed and banned from teaching for having sex with a teenage girl.

The 36-year-old started his career in choral and cathedral music as a chorister at Chingford Parish Church Choir, aged 6, rising to become Head Chorister.

He sang in The Royal Albert Hall for the annual Remembrance Festival, ‘Discovery Channel’ for a Christmas jingle and for Channel 4’s Big Breakfast.

He taught at Palmer Catholic Academy, Ilford, from July 2012 until December 2018, when he was fired a fortnight before Xmas.

Later he pleaded guilty to multiple offences of sexual activity with a child aged 13 to 15, abuse of position of trust, and possessing indecent photos. 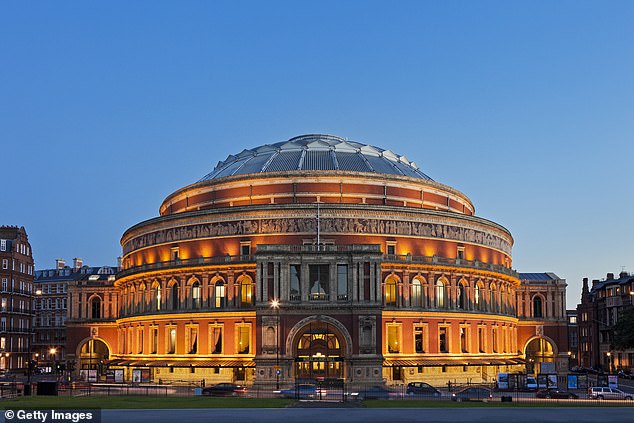 At Snaresbrook Crown Court in January 2021 he was jailed for 54 months, ordered to sign on as a sex offender indefinitely, made the subject to a Sexual Harm Prevention Order for 10 years and given a five-year restraining order.

A misconduct hearing was told although the offences were committed outside school all of his behaviour involved Pupil A, who was one of his students.

Clive Sentance, who chaired the Teaching Regulation Agency hearing, said: ‘The panel considered Mr Thorndyke’s conduct to be of the utmost seriousness and extremely grave.

‘His behaviour was completely incompatible with the standards and behaviour expected of any member of the public, let alone a teacher who is placed in the position of trust with children.’

The judgement continued: ‘Given the severity of his actions, which included breach of a position of trust not only in respect of Pupil A but also Pupil A’s family.

‘There were elements of grooming and the forming of an inappropriate sexual relationship with a child.

‘The panel were in no doubt that Mr Thorndyke’s conduct was highly relevant to his profession as a teacher and to teaching, working with children and/or working in an education setting.’

The panel were particularly concerned that Mr Thorndyke had not heeded several warnings he had been given about his behaviour.

Mr Sentance added: ‘Not only did his conduct continue following the receipt of these warnings, it escalated to include more serious and penetrative sexual activity with Pupil A together with acts of dishonesty and concealment.’

Alan Meyrick, for the Education Secretary, said: ‘The findings of misconduct are particularly serious as they include findings of penetrative sexual activity with children and possession of indecent images of children.

‘In my judgement, the lack of insight and full remorse means that there is some risk of the repetition of this behaviour and this puts at risk the future wellbeing of pupils.’

Banning him for life, Mr Meyrick added: ‘The extremely grave nature of the multiple sexual offences committed, all involving a pupil who he taught, were significant factors in forming that opinion.’