That’s a wrap for “Desus & Mero” on Showtime!

On Monday, the network confirmed speculation that hosts Desus Nice, real name Daniel Baker, and The Kid Mero, real name Joel Martinez, would not return for another season.

“Bodega Hive: The illustrious @desusnice and @THEKIDMERO will be pursuing separate creative endeavors moving forward,” the show’s Twitter account announced. “#DESUSandMERO will not be returning to SHOWTIME. It’s been a good run, fam.”

In response, Desus wrote on Twitter: “shouts to showtime & shouts to the hive, thanks for being part of the journey. proud of the show my staff made every episode. Big tings soon come….”

shouts to showtime & shouts to the hive, thanks for being part of the journey. proud of the show my staff made every episode. Big tings soon come…. https://t.co/bKKezHz5qS

Mero retweeted the announcement but has yet to comment.

USA TODAY has reached out to reps for Desus and Mero.

Fans speculated there was a rift between the hosts after a Reddit user asked why there hasn’t been an episode of their “Bodega Boys” podcast since November.

On July 12, Mero responded on Reddit, “NAH ITS A WRAP … PODCAST DONE ENJOY THE BACK CATALOG MY PALS.”

Desus later wrote on Twitter on July 15, “the hive deserved better than this ending. Reddit can slander my name but when the truth comes out…..actually just wait.” In another tweet, he added, “I tried y’all.”

the hive deserved better than this ending. Reddit can slander my name but when the truth comes out…..actually just wait.

In addition to their show and podcast, Desus and Mero released their book “God-Level Knowledge Darts: Life Lessons from the Bronx” in September 2020. The book is filled with advice, from navigating relationships to surviving while broke.

Mero told USA TODAY at the time that delving into the book world was about giving back to their fans in a different format, and though he and Desus are good friends, they both have different lifestyles, so readers get two views on life. 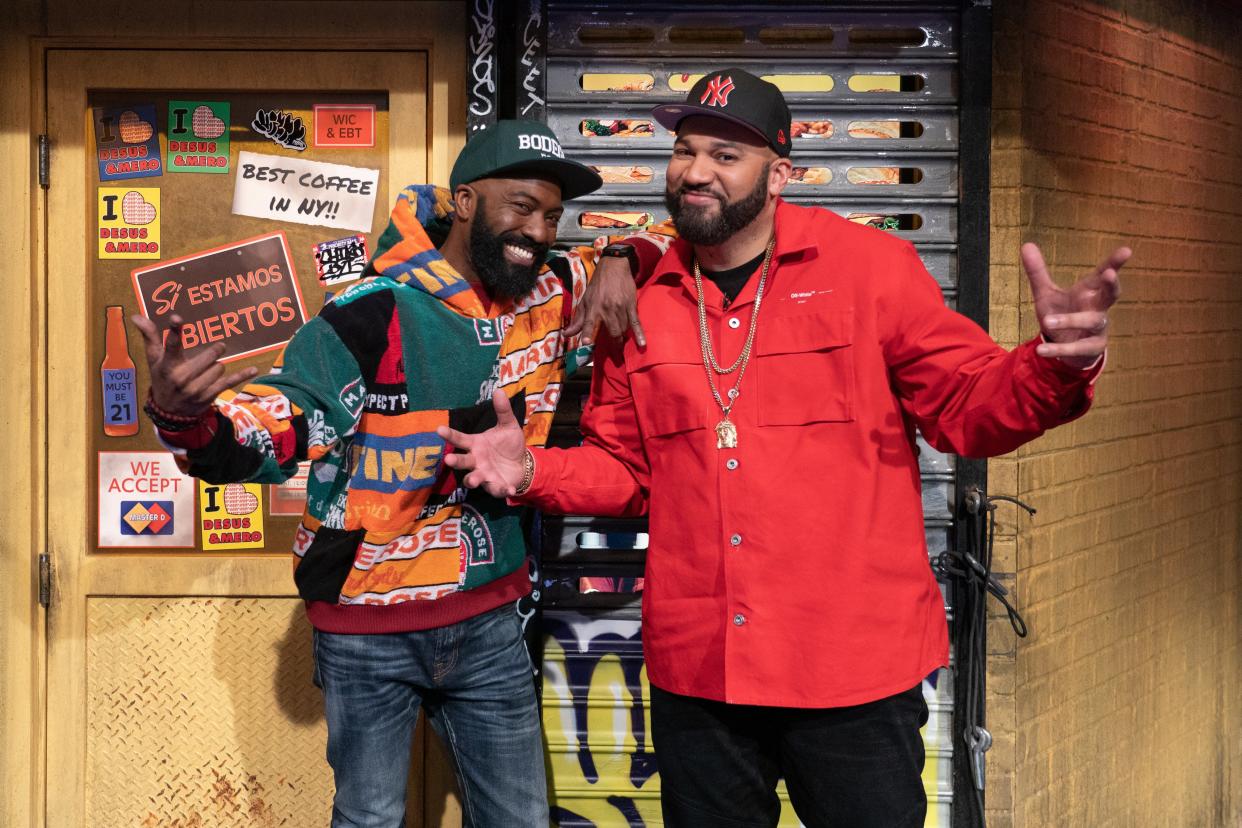 ‘Right to Offend’ revelations: How Black comedians laughed through pain of social movements

In their book, both Desus and Mero recount instances where they encountered law enforcement; in short, they weren’t the most pleasant experiences (some of them were straight-up traumatic). Though now their fame has allowed them slight leeway (like not getting ticketed for an illegal U-turn), Desus and Mero are no less cautious around police.

“This is our lived experience,” Mero said, noting that he has hope things will change for future generations. “The younger kids now, they are more politically aware and active. You see teenagers out there and protesting, and I didn’t see a lot of that when I was growing up, so I feel like the next generation is more aware of what’s happening. The youth gives me faith that things can change.”