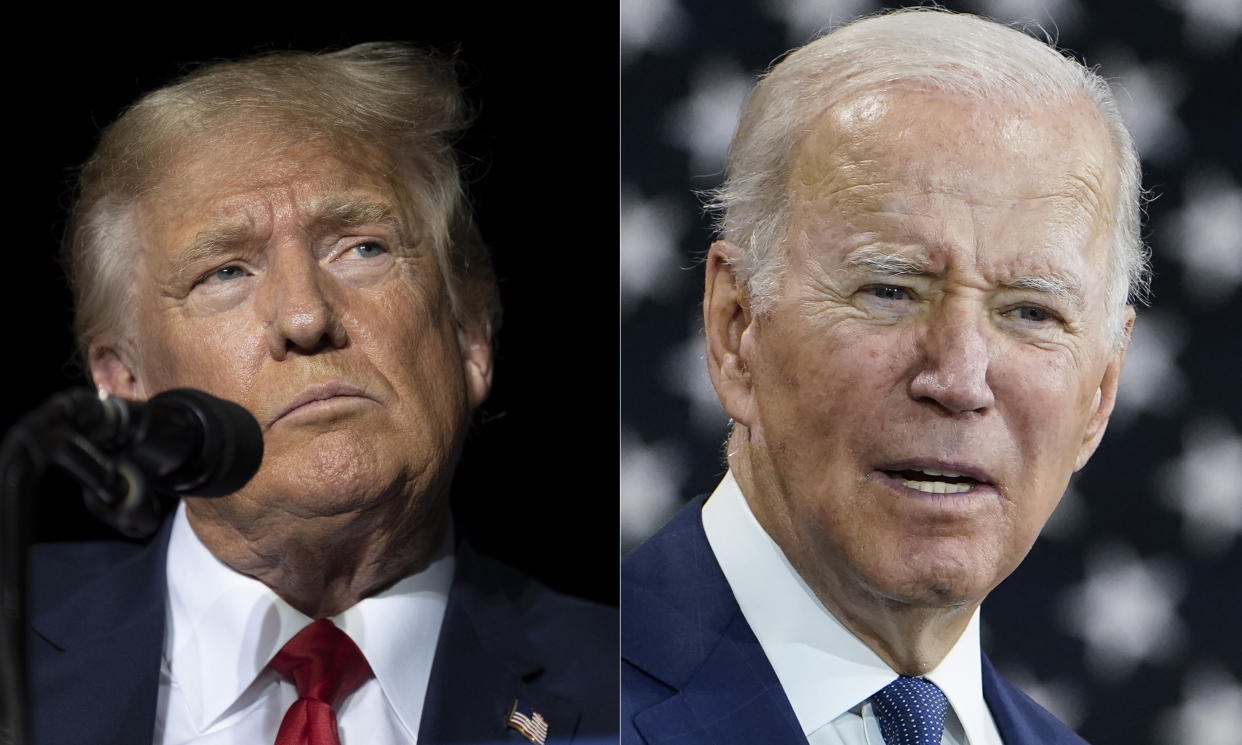 President Biden’s backing among Democrats to run for reelection has been significantly boosted in the wake of better-than-expected midterm results, a new USA TODAY/Ipsos Poll finds, while Donald Trump’s standing among Republicans has been dented.

The number of Democratic voters who believe that Biden could win the 2024 race for the White House has jumped to 71%, up by double digits from the 60% who felt that way in a poll taken in August.

Now 75% of Republicans say Trump could win the next election, still a bit higher than Biden among their partisans. But that is seven percentage points lower than the 82% of Republicans who held that view of the former president before the midterms.

“Pre-midterms, Trump had an advantage with his base headed towards 2024,” said Clifford Young, president of U.S. Public Affairs at Ipsos. “Now, post-midterms, Trump has been winged and Democrats are more confident in Biden, setting this up to be a close fight. The race is on.”

The survey of 2,004 adults was taken Nov. 15-16, a week after Election Day, as it became clear Democrats had kept control of the Senate and limited Republican gains to a narrow majority in the House. The poll, which used Ipsos’ online panel, has a credibility interval of plus or minus 2.5 percentage points for all respondents, 4.5 points for Republican voters and 4.0 for Democratic voters.

Is it time for a change of leaders?

In a sign of growing confidence in Biden, Democratic voters have become less likely to say it’s time for a change in their party. With confidence waning a bit in Trump, Republicans are more likely to want change in the GOP.

Democrats now split 50%-50% over whether Biden should be their party’s presidential nominee in 2024. In August, 44% said he deserved reelection while 56% said it was time for a change – so a 12-point deficit has become an even divide.

A 54% majority of Republicans say Trump should be the party’s presidential nominee for the third time; 46% say it’s time for a change. While that puts him in positive territory by eight points, the margin is less than half the 18-point advantage he held in August, at 59%-41%. 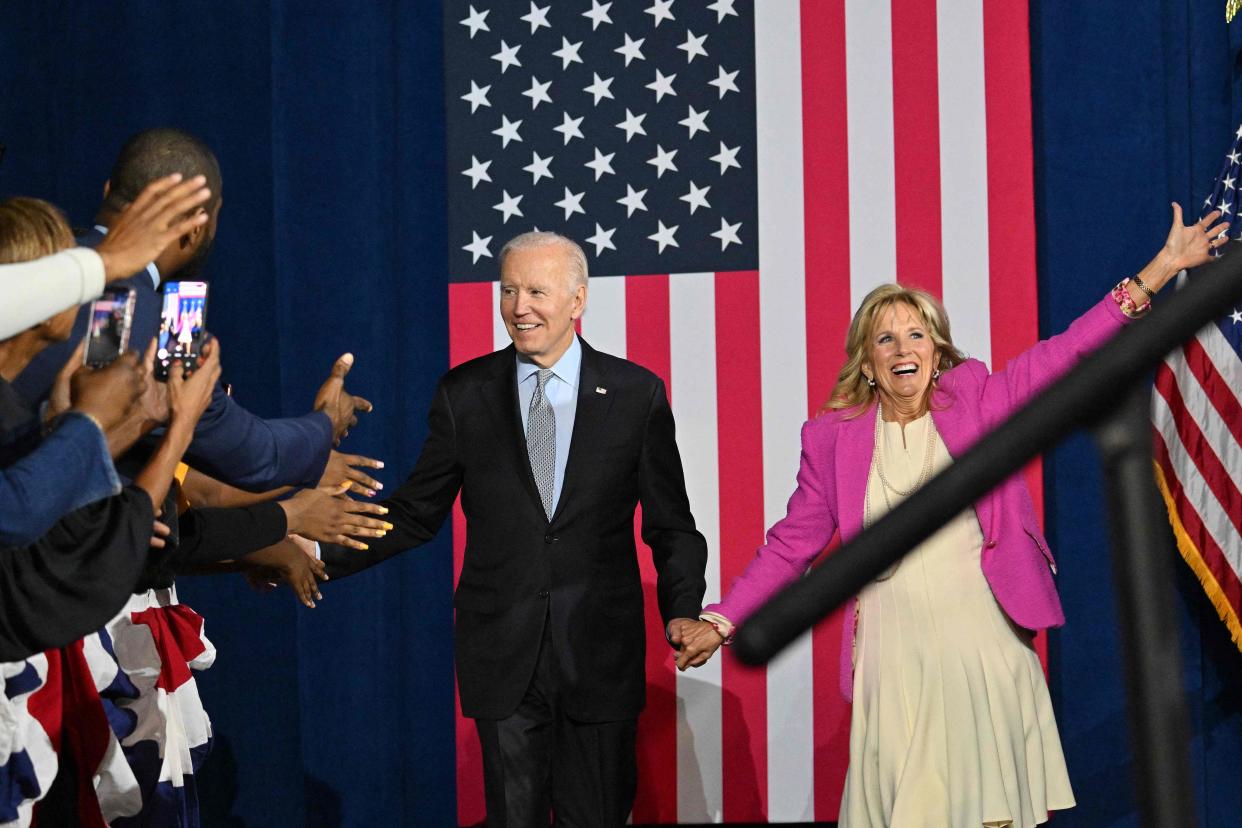 Pence told USA TODAY his decision whether to run wouldn’t be affected by Trump’s launch last week of his campaign. “I think there’s a real desire for new leadership in the Republican Party,” Pence said in an interview about his new book, “So Help Me God.”

In the midterms, DeSantis scored a sweeping victory for a second term in Tallahassee. Asked about jabs by Trump, who has dubbed him as “DeSanctimonious,” the Florida governor replied, “At the end of the day, I would just tell people to go check out the scoreboard from last Tuesday night.”

One repercussion from the election returns: Democrats’ faith in their party leadership’s ability to win elections has surged while Republicans’ confidence in their leadership has sagged.

Among Democrats, the belief that their party’s leadership can deliver victories has increased to 54% now from 38% in August, a jump of 16 points.

Among Republicans, faith that their party’s leaders can win has dropped by 10 points, to 39% now from 49% in the survey taken before the midterms.

Voters overall continue to see the Democratic Party as more inclusive than the GOP, more willing to compromise to get things done, and better at pushing their agenda in Washington.

Republicans are seen as better for the economy and tougher on crime than Democrats.

The issue at the top of Americans’ minds in November is the same one they cited in August. Inflation and increasing costs top the list, cited by 51% overall and named as the top issue across party lines – among Republicans, Democrats and those who are members of neither party.

Beyond that consensus, though, Republicans and Democrats report sharply different priorities.

After inflation, Republicans cite immigration as their second-ranking concern, government budget and debt as third, and crime as fourth on a list of 16 issues.

This week in politics: Republicans take the House, Nancy Pelosi steps down as leader

Democrats name gun violence as No. 2, climate change as third, and political extremism/polarization as fourth.

Abortion, an issue that energized some Democratic campaigns after the Supreme Court overturned Roe v. Wade in June, ranked ninth overall. It was fifth among Democrats and tied for tenth among Republicans.