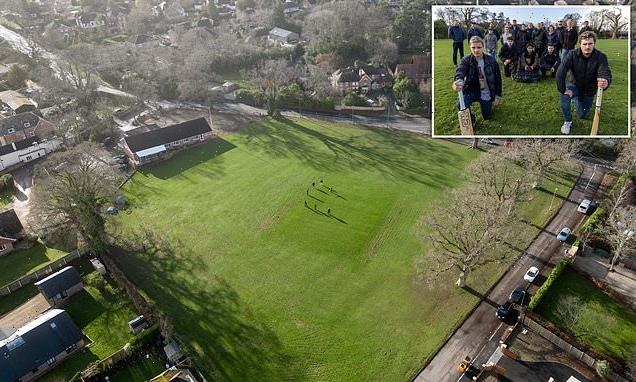 Historic cricket club bans adults from playing after owner of £1.5m home and other locals next to the boundary complained about balls landing in their back garden

A historic cricket ground is under threat after neighbours – including an owner of a £1.5million home – complained of balls landing in their back garden and causing damage.

The Colehill Cricket Club near Wimborne, Dorset, was first established in 1905 and has been led by generations of local families ever since.

But when a large detached house bordering the pitch was purchased by a new owner in 2021, complaints were made about batsmen hitting sixes into her garden.

Overall, it is thought that at least two neighbours had complained about balls landing on their property. 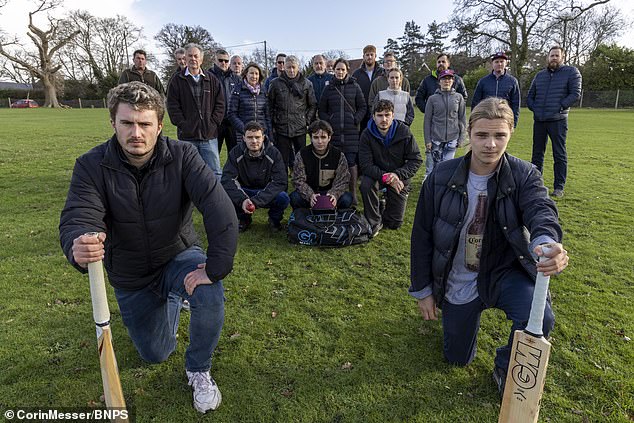 The Colehill Cricket Club near Wimborne, Dorset, was first established in 1905 but is now under threat due to complaints of balls landing into a back garden

Another neighbour also claimed that her roof was damaged by a flying ball about six months ago.

The pensioner, who asked not to be named, said: ‘I have lived here for 30 years and never had an issue until recently. A ball damaged my roof which the club said they would pay for but I didn’t hear anything.

‘I know that a car has been hit before.’

Following these objections, the club’s committee ‘went mad’ with health and safety measures to appease the unnamed ‘newbie’.

It soon became a rule that any player who hit a ball towards her side of the boundary would be immediately disqualified from the game.

But when cricketers responded by boycotting the club, they instead planned on building a £15,000, 26ft high by 157ft long netted fence to protect the complainant’s home.

This however was deemed too expensive, so the committee instead informed the club captain, George Taylor, that the grounds will be closed for adult cricket for good.

Youth cricket can continue on the ground on the basis that boys and girls can’t hit a hook shot as far as an adult.

Local, Gemma Elliott, expressed that the idea of Colehill no longer being a part of the community ‘would be wrong’. 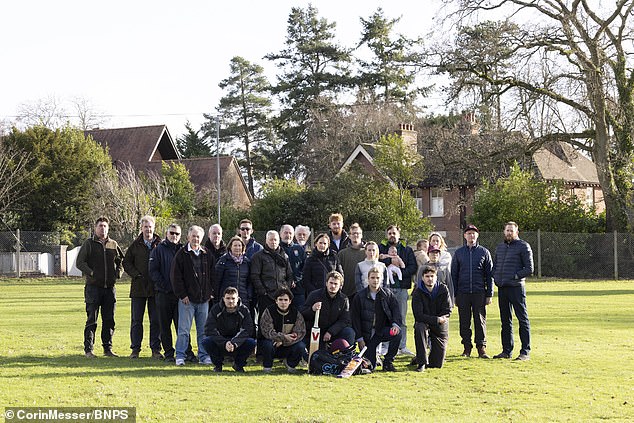 She said: ‘I grew up opposite the cricket pitch. It’s been part of Colehill for as long as I can remember and it would be wrong to see it go.

‘There’s always someone trying to change something to their needs.’

Resident Stephanie Roberts also said: ‘How very selfish of the complainant to think they have the right to dictate to this wonderful community sports and recreational facility.

‘Perhaps they should move elsewhere rather than have the audacity to expect the cricket club to change.’

The decision has caused outrage among local residents and a petition started by the club captain has already garnered almost 10,000 signatures.

Mr Taylor, 26, who has played cricket at the club for 14 years, argues that the sport is being destroyed by a ‘not in my back garden’ mentality.

The chartered accountant also claimed that he had ‘never known a serious issue with balls’ during all those years. 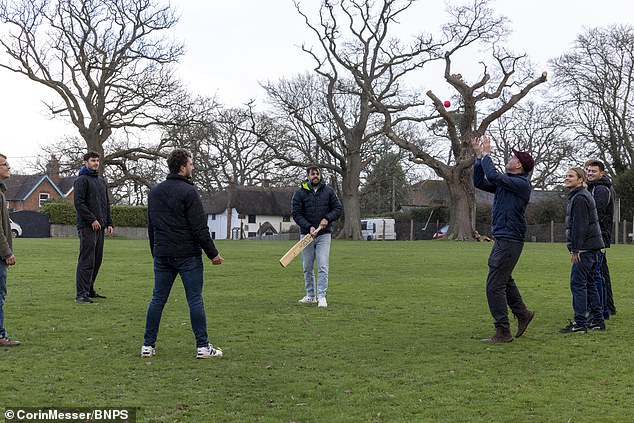 The club captain, George Taylor, said: ‘Some of the players texted me saying, “please don’t tell me this is the end”. That put a bit of fire in my belly’

He said: ‘When the land was gifted to the club in the early 20th century, there was a covenant stating cricket had to be played there.

‘Two years ago a neighbour moved in and started complaining about the balls hitting her fence and going into her property.

‘We didn’t play there last year because we were hugely unhappy with that rule. It was ridiculous. We went to the bottom of the league because of all the trial and tribulations.

‘When they decided to suspend adult cricket, there was no forum or debate – they didn’t give any of us members notice.

‘Some of the players texted me saying, “please don’t tell me this is the end”. That put a bit of fire in my belly.’

The club captain emphasised that there is no other cricket club in Colehill and if it was closed there would be a ‘slow death for that community’. 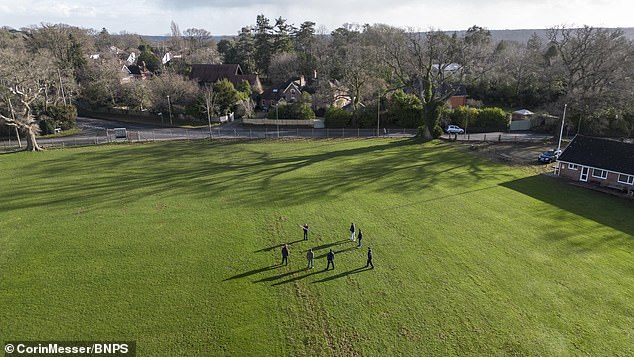 He added: ‘It really resonates with public opinion that this “not in my back yard” mentality is taking over.’

A spokesman for the Committe for Colehill Sports & Social club said it had made the decision to ban adult cricket ‘with a heavy heart’.

The club stressed that a ground of its size relies on ‘having understanding neighbours who are prepared to accept the occasional inconvenience’ and want to ’embrace living next to a cricket ground’.

But it was said that while there are many neighbours who adopt this, others ‘want to adopt a “compensation culture”‘.

In a statement it said: ‘In recent years it has become apparent that the risks of ball strikes at Colehill were increasing and that we need to take action to mitigate the risks involved. 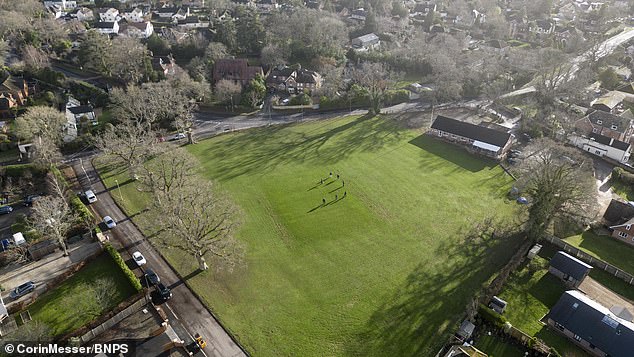 ‘We have carried out various activities to mitigate any risk including the moving of pitches to one side of the square and by imposing a rule that any ball hit over the fence would result in a dot ball rather than a six.

‘We have applied and received planning permission to erect a high fence on the road side of the ground. This has so far cost £3,500 with a further cost of circa £13,000 being required to complete the work.

‘As a club we have approached the ECB who offered no support in any way and we were investigating funding options when we started to have issues from other neighbouring properties.’ 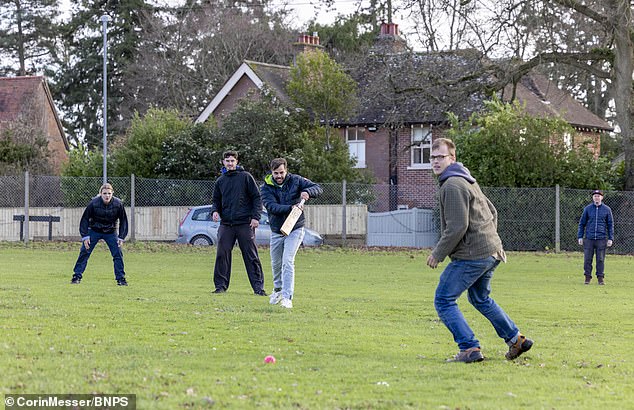 The owner of a £1.5m house to the east of the ground today confirmed that she had complained.

The woman, who bought the detached house in 2014, said she had no further comment to make on the matter.

The club continued: ‘Our insurance premiums have more than trebled in the last three years and it is becoming more difficult to source the type of insurance we need.

‘Without protection to all areas of the ground by means of high netting at a cost of £35,000, we don’t believe it is viable to continue with adult cricket and face constant complaints and claims from those neighbours who choose not to embrace us.’