Church party guest, 28, is jailed for 13 years after he pushed 12-year-old attendee into bush and raped her twice as she walked home through park

A man has been sentenced to thirteen-and-a-half years in prison after pushing a 12-year-old girl into bushes and raping her twice after they attended a church event.

Kofi Prempeh, 28, was not a stranger to the girl who he attacked in a dark park near Leighton Street, West Croydon, while walking her home from the party at a nearby church on August 4, 2018.

Ghana-born Prempeh, of Wide Way, Mitcham, pleaded guilty to two counts of raping the girl three days into his trial.

Croydon Crown Court heard that Prempeh maintained that he did not know how old the victim was at the time, but his claim was rejected by the prosecution. 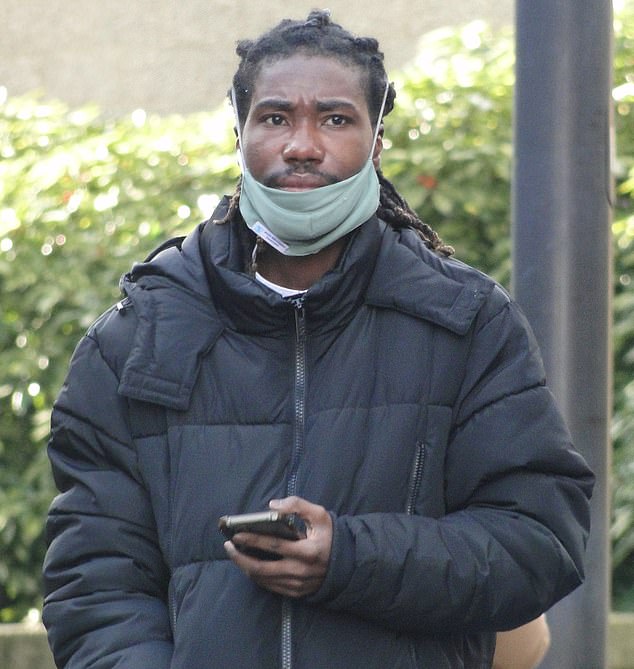 Prosecutor Nicola Merrick told the court last Friday (August 12): ‘He knew when he engaged with her that she was a child, aged twelve years old.’

The victim had attended a party at the church alone. The court heard that her family believed she would be safe with fellow-churchgoers that they knew.

‘She had gone to a party organised in a church hall that the defendant had also attended and she overstayed longer than her mother agreed,’ Miss Merrick said.

‘The defendant left the party with her at 10pm or so and arrived at her home address at around midnight, a journey that would normally take twenty minutes. The route he took her on was through the park. It was dark.

‘He warned her that she was not to tell her mother or anyone else what he had done.

‘That evening there was a party and the congregation attended and the girl’s mother thought members of the church would keep an eye on her daughter.

‘She was outside the church when the defendant came out and spoke to her while holding a bottle of beer, which she thought was Guinness. She believes he tried to persuade her not to go home and as she walked through the park he was beside her.’

The prosecution said that Prempeh then attacked the victim who shouted at him to leave her alone.

‘She was saying: ‘Stop, stop. There are people that can see you,’ but that did not seem to put him off. 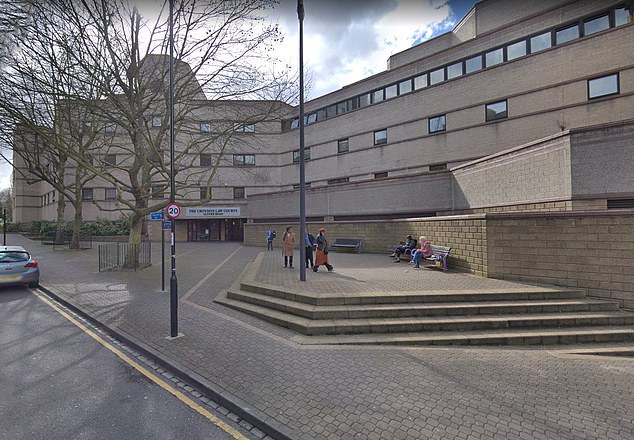 Croydon Crown Court heard that Prempeh maintained that he did not know how old the victim was at the time, but his claim was rejected by the prosecution

‘She was crying and he could see she was upset and told her to stop. She could not stop herself and he shouted: ‘No more crying.’

‘The complainant phoned her mother and told her she was okay and the defendant kept telling the girl she was not to tell anyone what he had done to her and that it would be bad for her.

‘The defendant told her: ‘If I find out you’ve said anything to anyone there will be trouble.’

The girl confided in a family member three months later.

Prempeh was arrested three months later and denied rape. He admitted his guilt after the trial began and his victim had given evidence and been cross-examined.

John Hunter, defending, said there was little point in making his client subject to a Sexual Harm Prevention Order on his release.

‘There is every possibility of him being deported in any event,’ he said.

‘He has expressed the shame he feels on a daily basis and during his time in custody he realises just how inappropriate his behaviour was and questioned if it was worth carrying on living.

‘The impact on him has had a significant effect. It was not planned in any way, it was opportunistic and something that he bitterly regrets and will do so for the rest of his life.

‘She was not pulled into bushes or anything of that sort and she is not entirely reliable in the evidence she did give. There was evidence of some accepting of what happened and wanting it to happen.’

However, Judge Elizabeth Smaller challenged this, and said: ‘Well, on her evidence that is what happened and stating otherwise doesn’t do your client many favours.’

Speaking to Prempeh, she said: ‘Your counsel’s propositions are somewhat of an anachronism to me. I do not accept these submissions or that this girl suggested these acts should take place.’

She later said to Prempeh: ‘How you can have gone from a young man with no history with the police to raping a child is difficult to fathom. It involved a considerable degree of violence in a public park late at night.

‘She spent a period of time terrified she was pregnant and that must have added to the terror this young girl felt and she says there is not a day that goes by that what you did does not interfere with her life and she is still in counselling.

‘I find you do pose a risk to young females and it is necessary to protect the public from you.’

Judge Smaller sentenced him to thirteen-and-a-half years in prison and extended the licence period following his release by four years.

He was also ordered to sign the sex offenders’ register indefinitely and his name was added to the barring list, which prohibits working with children and vulnerable adults.