‘Can anyone else smell pot?’: Mystery surrounds Sydney cannabis burn

It’s not the pristine forest air that Hills District locals could relish on Saturday afternoon, but something even greener: the scent of a huge stash of cannabis going up in smoke.

Police and firefighters spent hours on a property at Galston, in Sydney’s north, working on a controlled burn of marijuana. But not even the most proficient firefighters could stop the smoke from spreading far beyond the property’s boundaries. 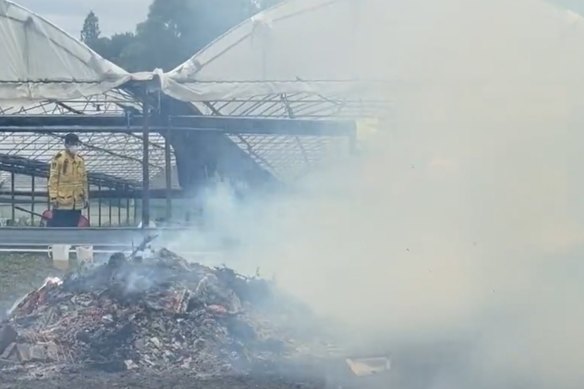 “Can anyone else smell pot everywhere in Galston Village?” one concerned Facebook poster wrote in a local community group.

Cannabis smoke blanketed the area, with hazy smoke – and all the accompanying smells – reported as far away as Hornsby and even Mount Druitt.

“It smells like the whole place is smoking marijuana,” an amused Galston local told Nine News. “The Galston shops, who would have thought?” 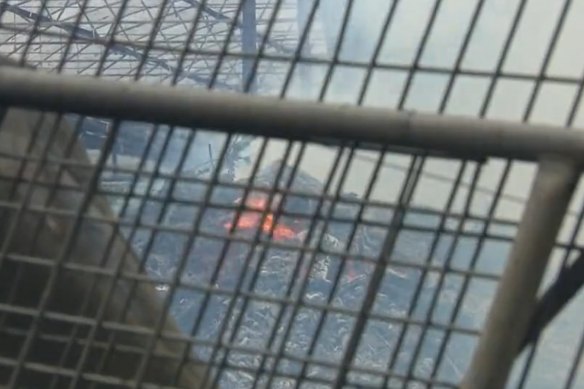 Not everyone got the memo ahead of the cannabis burn.Credit:Nine News

Crews around the site donned face masks to protect themselves from the smoke. The rest of the community? Not everyone got the memo, though police say they informed locals early on Saturday morning that they would be conducting the burn, advising residents to keep their windows shut.

But mystery still surrounds how the weed got there.

Police, who were on the scene with fire crews and the riot squad, said they were “dismantling an alleged cannabis cultivation”.

“Investigations are continuing,” a police spokesperson said when asked whose weed it was.

For a brief moment on Saturday, the smell, at least, was all of Galston’s.