The Yoorrook Justice Commission has called for the age of criminal responsibility to be raised from 10 to at least 14, to help stop vulnerable Indigenous children getting “lost in the pipeline” of child protection and criminal justice systems.

The Standing Council of Attorneys-General – a group of attorneys-general from federal, state and territory governments that focuses on best practices in law reform – will review the age of criminal responsibility when it meets later this week. 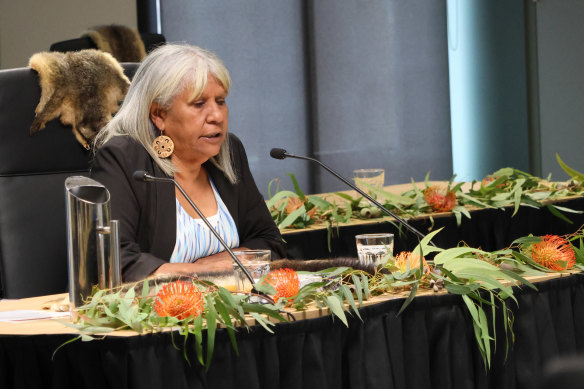 Counsel assisting the Yoorrook Justice Commission Fiona McLeod, SC, urged the council to consider First Nations people, “the many, many reports into this issue” and the testimonies that would be heard at the commission’s public hearings this week.

McLeod said the number of First Nations children in out-of-home care in Victoria was “heading in the wrong direction” and contributing to a high incarceration rate among First Nations people.

“It appears the current system is failing in its fundamental object of child protection,” she said. “It appears it is broken. It is fuelling a pipeline of shattered children straight to our health services and our criminal justice system.”

At the swearing-in of his new ministry on Monday, Premier Daniel Andrews said Victoria was taking too many First Nations children away from their families.

“I want to make sure that we give much greater self-determination and much greater Aboriginal control of the child protection system when it comes to their kids than we’ve ever done,” he said.

This week, the Yoorrook commission is hearing how child protection policies and procedures fail First Nations people and why recommendations aimed at addressing Indigenous over-representation in the child protection system have not been roundly implemented.

The commission said it would ask the Victorian government for an update on its Children and Health Legislation Amendment Bill, which lapsed when parliament went into caretaker mode before the November state election.

The commission heard that the number of First Nations people in Victorian prisons and the rate at which they are dying in custody continues to rise despite hundreds of recommendations made in reports and inquiries over decades. 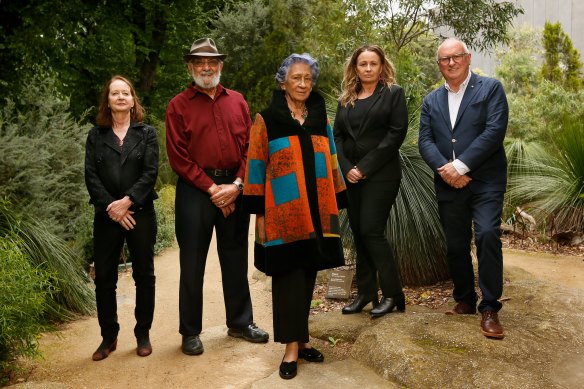 On the opening day of its latest sitting, the commission heard from Boonwurrung, Mutti Mutti and Yorta Yorta woman Aunty Eva Jo Edwards, the niece of Indigenous musician and stolen generations survivor Kutcha Edwards, about her experience growing up in state care since the age of five.

Edwards and her younger siblings were put into the Lutheran Children’s Home in Kew, in Melbourne’s inner east, separating them from their two older brothers, aged 11 and eight, who were taken to the Burwood Boys’ Home.

Edwards said she could not recall her life before child welfare agents took her from her family and culture.

“My earliest memory … is the torch being shone in our faces while we were sleeping … They came back the next day, and we were removed early the next day,” she told the inquiry. 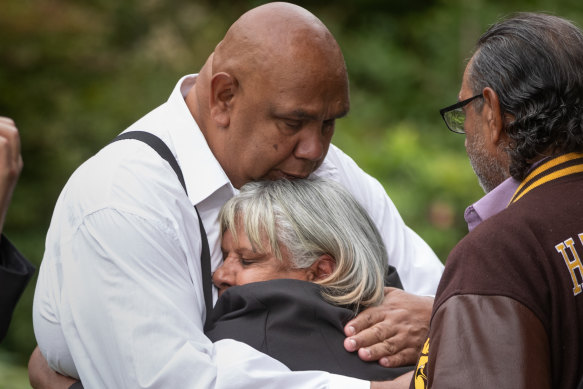 “I knew I was different because of the colour of my skin, but that was all I knew. There were no cultural activities to empower us. Being institutionalised was nothing but a roof over our heads.”

Edwards’ described the “highly regimented” life she experienced for 13 years at the Lutheran Children’s Home and, later, family group homes.

“I was never told that I was loved, [or] hugged, kissed, needed, or ever … encouraged to think about what it is that I might want to achieve in life,” she said.

“I don’t get why our numbers are still so high [of children in out-of-home care]. Where is the work [being] done to bring the family back together instead of leaving them isolated? There’s no help in their system. Just the strike of the pen.”

Meena Singh, the Victorian commissioner for Aboriginal children and young people and a Yorta Yorta and Indian woman, told the inquiry she did not have the power to provide an insight into how and why decisions about child removals were made. She said her agency would need to hold its own inquiry to access this information.

Yoorrook Commissioner Maggie Walter questioned why that was the case and described the lack of oversight as “very odd”.