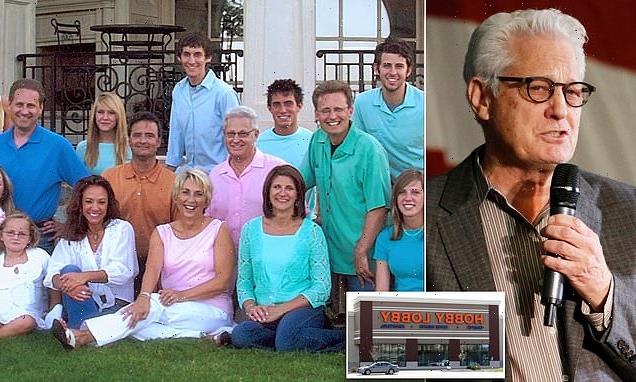 Hobby Lobby’s devout Christian owner reveals he is GIVING AWAY his multi-billion dollar firm: Says he was advised to leave it to his family but feared he might ‘ruin’ future grandchildren – so will leave it ‘to God’

The billionaire owner of craft chain Hobby Lobby has declared that he has decided ‘to give away ownership of Hobby Lobby’ – adding: ‘I chose God’.

David Green, 80, founded the company in his native Oklahoma in 1972, and has presided over the growth of the family firm into a nationwide chain with annual revenues of $6.4 billion.

On Friday, Green – who’s worth over $13 billion, according to Forbes – wrote an op ed in Fox News saying that he understood the decisions made by Patagonia’s founder Yvon Chouinard and Alan Barnhart of Barnhart Crane.

‘As an owner, there are certain rights and responsibilities, including the right to sell the company and keep the profits for yourself and your family,’ Green wrote on Friday.

‘As our company grew, that idea began to bother me more and more. Well-meaning attorneys and accountants advised me to simply pass ownership down to my children and grandchildren.

‘It didn’t seem fair to me that I might change or even ruin the future of grandchildren who had not even been born yet.’

Chouinard last month announced he had handed over the $3 billion company to a specially designed trust and a nonprofit organization, and that all profits from now on – around $100 million a year – were designated to be spend fighting climate change and protecting undeveloped land around the globe.

Barnhart, founder of a Tennessee construction company who like Green is an evangelical Christian, announced in 2007 that he was giving the company to the National Christian Foundation (NCF). Barnhart still runs it, but since 2007 has not received any money from the firm.

‘Patagonia’s founder recently made news when he gave away the ownership in his company to allow the mission and purpose to remain intact,’ Green wrote on Friday.

‘His decision, while rare, reflects the decision of other business owners like Alan Barnhart of Barnhart Crane.

‘I experienced a similar decision-making process with my ownership of Hobby Lobby; I chose God.’ 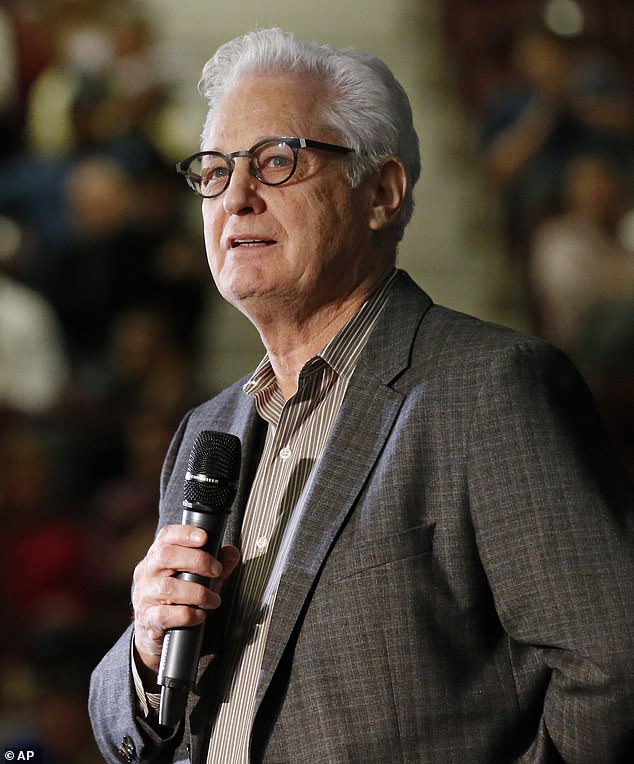 David Green, the founder of Hobby Lobby, on Friday wrote an op ed entitled: ‘My decision to give away ownership of Hobby Lobby: I chose God’ 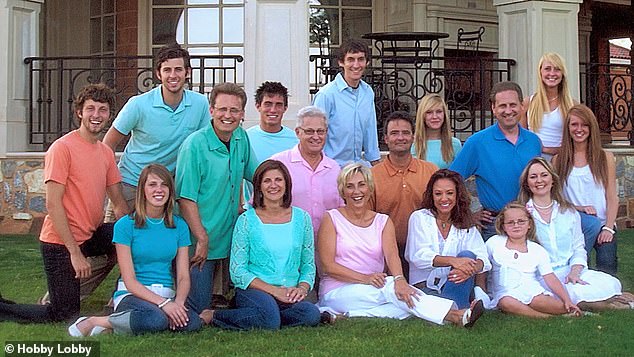 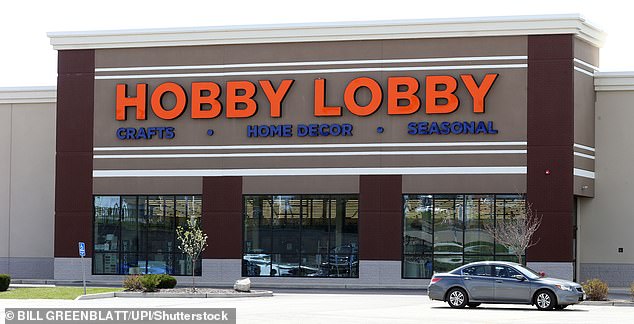 Hobby Lobby now has 969 stores in 47 states – every state except Alaska, Hawaii, and Vermont

Green detailed his religious convictions, but unlike Chouinard and Barnhart he did not spell out who the company would be transferred to, when, and under what terms.

It’s also unclear if he plans to give his personal fortune away, as well as Hobby Lobby.

The trio are – David and his two sons – are the only ones listed on the executive leadership section of the website.

Hobby Lobby is yet to respond to DailyMail.com’s request for clarification. 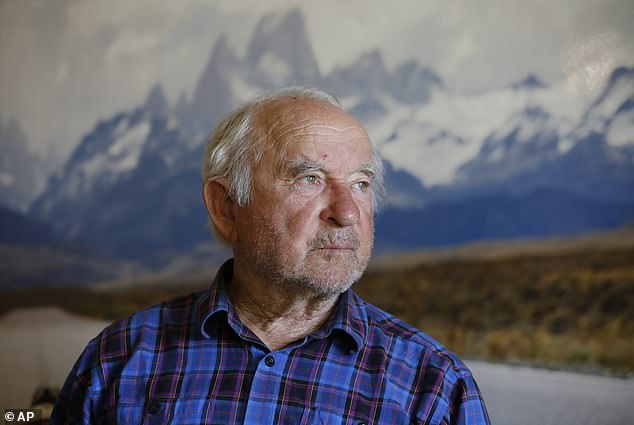 Patagonia’s founder Yvon Chouinard last month announced he had handed over the $3 billion company to a specially designed trust and a nonprofit organization, and that all profits from now on – around $100 million a year – were designated to be spend fighting climate change and protecting undeveloped land around the globe 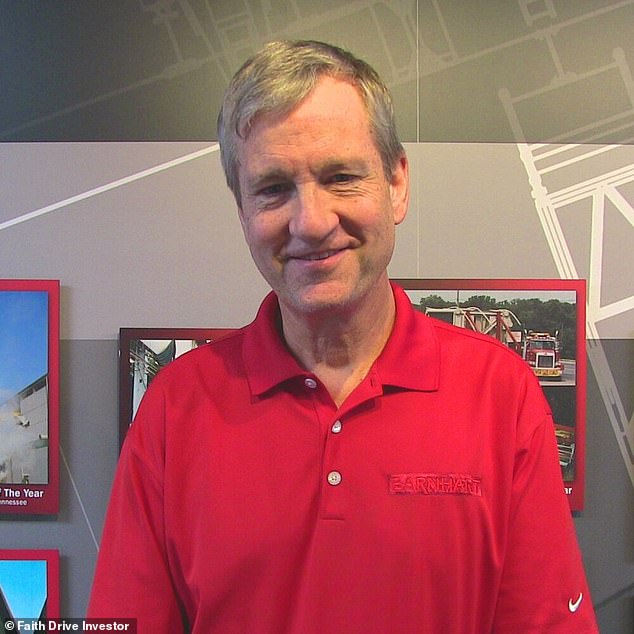 Alan Barnhart, founder of a Tennessee construction company who like Green is an evangelical Christian, announced in 2007 that he was giving the company to the National Christian Foundation (NCF). Barnhart still runs it, but since 2007 has not received any money from the firm

He noted the company had committed to paying a minimum wage of $18.50 per hour, and was closed on Sunday – which had been their most profitable day of business.

‘I think every CEO and business leader should consider whether they are owners or stewards,’ wrote Green.

‘Consider the idea of where your success comes from. I’ve seen many a business with the greatest of ideas not make it, and yet others with the simplest of ideas thrive. I believe that God is the one who grants success, and with it the responsibility to be a good manager.

‘Best of all, when I made the decision to give away my ownership, similar to Patagonia’s Yvon Chouinard, it allowed us to sustain our mission and purpose. It gives me a bigger purpose than just making money.

‘Like Chouinard said, ‘Instead of ‘going public,’ you could say we’re ‘going purpose.”

Green’s religious convictions have underscored his leadership at Hobby Lobby. 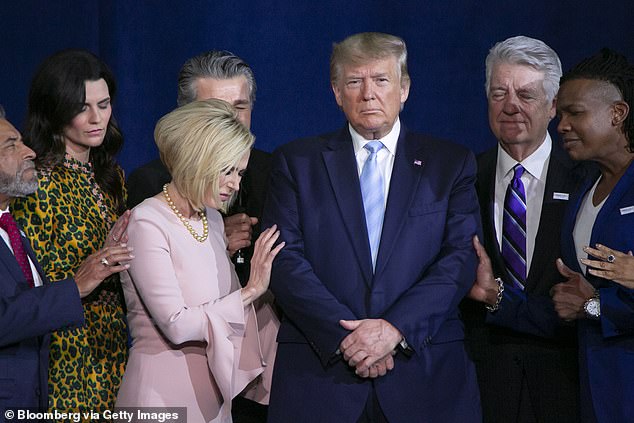 Donald Trump is pictured at a January 3, 2020 prayer breakfast held by ‘Evangelicals for Trump’

The firm fought the government ruling that guaranteed access to contraception through company health insurance, arguing that it was against their religious beliefs.

The fight went all the way to the Supreme Court, with a 2014 ruling in favor of Green’s company.

The firm faced calls for a boycott in response to the family’s support for Donald Trump and Mike Pence, thanks to Pence’s evangelical background.

And during the pandemic, Hobby Lobby repeatedly violated rules ordering the closure of stores, with David Green saying his wife had been sent a message from God to keep the doors open.

In November 2017, the Green family opened the Museum of the Bible – despite being ordered by federal courts to return some of the Biblical artifacts to Iraq, from where they were looted, and pay a fine of $3 million.

In March 2020, the Green family announced it will return another 11,500 antiquities to Iraq.

The museum’s ‘Dead Sea Scrolls’ were also found to be forgeries.