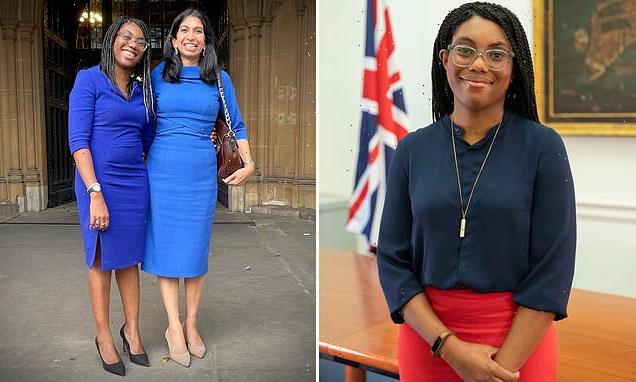 Kemi Badenoch today pledges to help working families and pensioners through the cost of living crunch with tax cuts and more financial support.

In an article for the Daily Mail, the Tory leadership hopeful says she will bring forward a universal credit and pension credit uplift and raise the income tax threshold.

The former minister, who yesterday secured her place in the next round of the heated contest with the backing of 49 Tory MPs, said she would not take part in a ‘bidding war’ to slash taxes.

But she pledged to call an emergency Budget if she becomes prime minister because people are ‘suffering now’ and need help.

Mrs Badenoch, 42, says she will cut fuel duty and cancel the rise in corporation tax to 25 per cent. And she promises to raise the income tax threshold, though does not say by how much. She will bring forward the universal credit and pension credit uplift from April 2023 to this autumn. 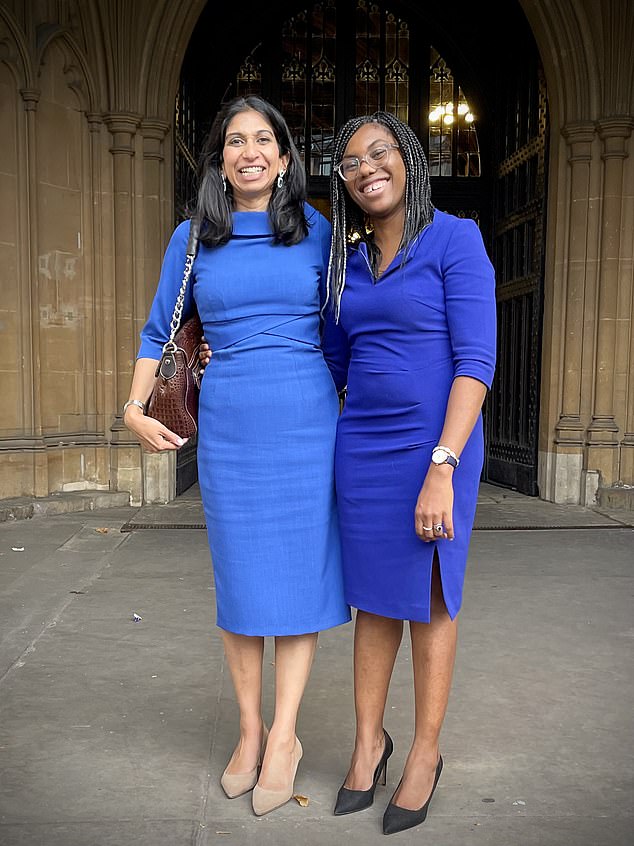 She writes: ‘While waiting for inflation uprating was fine when inflation was 2 per cent, it is not acceptable at 10 per cent.

‘This will not cost any more in the longer run as it just moves the timing… but it shows we understand people’s problems. They are not just numbers on a spreadsheet.’

Mrs Badenoch came fourth in the contest’s second round yesterday, beating Tom Tugendhat and Suella Braverman, who was eliminated.

She said she was ‘delighted that a growing number of my colleagues have faith in my vision for a return to honest politics and Conservative principles’.

The Nigerian-born contender has won the backing of Olympic hero and Tory peer Sebastian Coe, who said the party needed a candidate who ‘represents the future, not the past’ and one who ‘best understands the need to restore trust in the Conservative Party’.

Let’s cut taxes for those who need it most, writes KEMI BADENOCH

I entered this leadership contest to tell the British people the truth. I won’t take part in a bidding war on whose tax cuts are the biggest, because we need to first set out the reality.

Before we can make tax cuts, we need to make sure we have a plan for a state focused on the priorities of ordinary people, not Twitter.

I have a longer-term plan that includes serious government reform. But I know that people are suffering now. And they need help.

For that reason, if I become prime minister I will call an emergency Budget. Those working hard on low and average incomes, and pensioners on fixed incomes being hit hard by inflation, must be our priority. Any tax cuts will therefore be broad, fair and focused on these groups.

Firstly, I will reduce fuel duty to cut the spiralling costs of everyday people’s transport. It is a disgrace that most people are seeing the cost of just getting to work rise beyond control.

Secondly, we will bring forward the universal credit and pension credit uplift to compensate for the rise in prices from April to September. While waiting for inflation uprating was fine when inflation was 2 per cent, it is not acceptable at 10 per cent.

This will not cost any more in the longer run as it just moves the timing from April 2023 to autumn 2022, but it shows we understand people’s problems and that they are not just numbers on a spreadsheet.

I will also stop the planned corporation tax rise. The planned rise will only raise costs further for consumers, suppress wages, and slow growth.

Finally, we will raise the income tax threshold. I cannot promise how far we will go, but this is a good way to get money to those who need it. Any increase will be to the £12,570 threshold, so we are not talking about wealthy households. 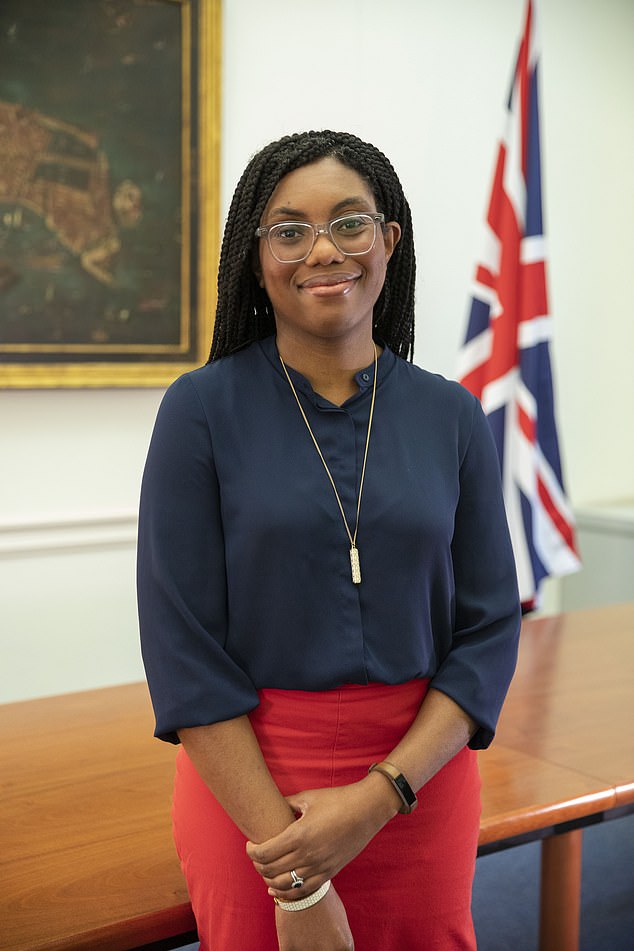 KEMI BADENOCH: I entered this leadership contest to tell the British people the truth. I won’t take part in a bidding war on whose tax cuts are the biggest, because we need to first set out the reality

All too often, we forget about those who do the right thing, who work hard and save on moderate incomes. I will never, ever forget them. Much of the Conservative leadership race so far has been defined by who can promise the biggest tax cuts, or argue that we can afford no tax cuts at all. Having worked as Exchequer Secretary in the Treasury, I can tell you that the Treasury orthodoxy which implies every £1 of tax cut will cost the Treasury roughly £1 is wrong.

But that does not mean that the opposite view, that all tax cuts pay for themselves, is correct either.

Both of these positions rest at either extreme of the Laffer curve, when we know that the truth really lies in the middle. As a party we must do better.

Because we have already committed to people that they will receive support this October, I will maintain the fuel support rebates that have been pledged. But if elected leader I am clear that this must be a one-off payment and cannot become an annual cheque from the Government to every household – rich or poor.

The approach for getting us through the cost of living crisis this winter must be focused, it must not be inflationary and must support productivity. But let me be clear, while any government I lead will be laser-focused on the current cost of living crisis, we can only deliver long-term prosperity and lower taxes if we deliver a smaller and focused state, alongside a wider pro-growth agenda.