An Albanian drug offender twice deported from the UK is vying for a third time for the right to remain – arguing he has a child in the country and a right to family life.

30-year-old Blerim Ismalaj was first ejected from the UK in January 2013 after spending 16 months in a Young Offenders Institute.

Since then, he has returned twice to the UK – and during his last stay in 2019, he had a child with his British partner, The Telegraph reports.

Ismalaj used his circumstances to argue his case under the Human Rights Act, insisting his three-year-old’s life would be negatively impacted if he were forced to leave the UK again.

But a senior immigration judge has now upheld the decision to deport him.

Judge Gaenor Bruce, of the Upper Tribunal, convened at Manchester Civil Justice Centre, stated: ‘This appeal is entirely misconceived. It was not unduly harsh for any of the appellant’s children that he be deported.

‘there were obviously very weighty factors going the other way, which quite legitimately included the fact that the appellant has shown a blatant disregard for immigration control.’ 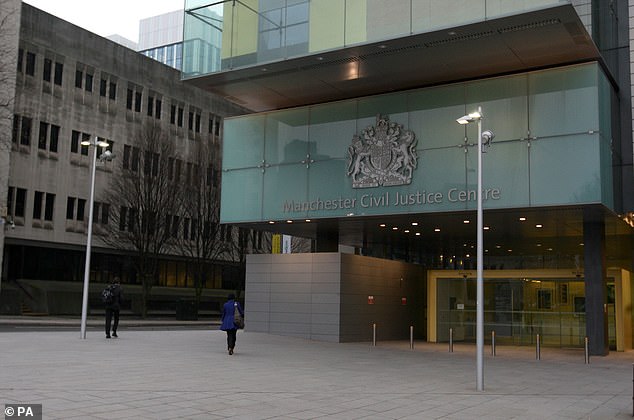 Dismissing Ismalaj’s claim, Judge Gaenor Bruce, of the Upper Tribunal at Manchester Civil Justice Centre (pictured) stated: ‘This appeal is entirely misconceived. It was not unduly harsh for any of the appellant’s children that he be deported’

The judge accepted the lower tier immigration tribunal’s verdict there were no ‘very compelling circumstances’ which outweighed the ‘strong public interest in the deportation of foreign criminals’.

The case comes as Britain receives an influx of Albanians arriving in small boats across the Channel, with 12,000 reported to have made the journey so far this year.

Home Secretary Priti Patel signed off a deportation agreement with Albania in July 2021, allowing the UK to return criminals and unsuccessful asylum seekers.

Ismalaj was first handed a deportation order in December 2012 at the age of 20, after he was convicted of ‘producing a controlled substance’. 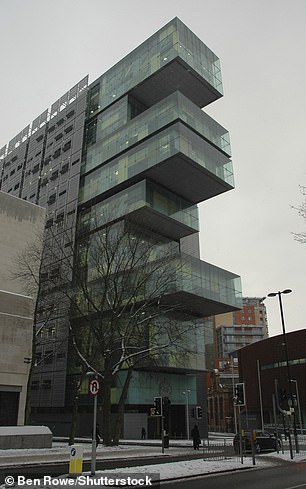 The judge accepted the lower tier immigration tribunal’s verdict there were no ‘very compelling circumstances’ which outweighed the ‘strong public interest in the deportation of foreign criminals’.

He was deported to Albania a month later but he breached that order by returning to the UK in October 2016, where he started a relationship with a mother-of-two who runs a luxury event business in Nottinghamshire.

He left for Albania again in July 2018 but returned to the UK in January 2019, months before the birth of his son in August. He married his partner in a packed church service in August last year.

Ismalaj has significant stake in his wife’s business, and wrongly gave his nationality as British when registering his interest with Companies House.

He launched his latest bid to the Home Office in November 2019, arguing deportation would infringe upon his right to a family life with his wife, son and two stepchildren.

Earlier this month, his wife travelled to Albania with her three children to show them Ismalaj’s homeland.

She told the Telegraph: ‘Blerim is my husband. I’m his wife. We have a child together, a three-year-old son. He has not got a visa to stay here so he cannot work. It was in process, but has been refused. A deportation is news to us.’