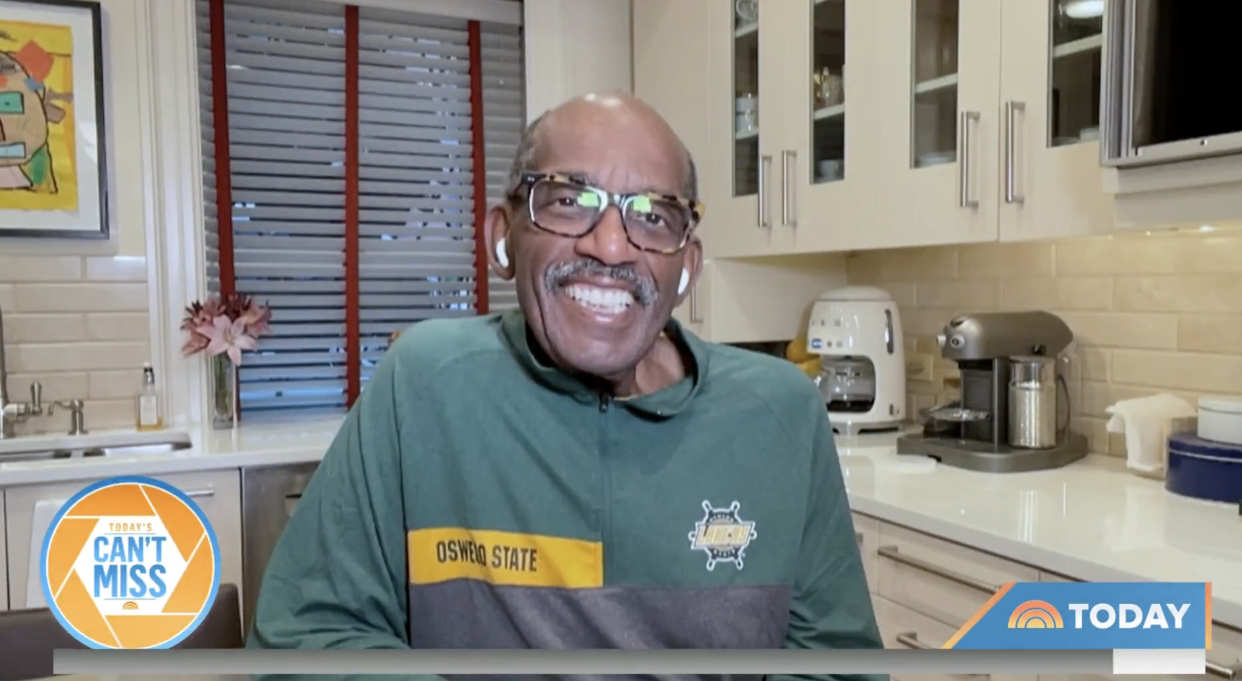 Al Roker checked in on the Today show after returning home from the hospital last week following a four-week stay.

"Listen, it's been a tough slog," the weather anchor admitted to his colleagues on Monday. "I'm not going to deny it. This has been the hardest one yet — and you know I've had my share of surgeries."

Roker was initially hospitalized in November for blood clots in his lungs and leg. He was sent home on Thanksgiving only to return to the hospital due to complications. He was released again last Thursday.

As for when he'll be back on the air, Today viewers will have to wait.

Roker also revealed that he was planning to have knee replacement surgery in January and he's had to "push that back. I've got a number of issues, but I feel good. I feel strong. Every day I feel a little better. I made dinner last night. I just feel like this is going to be a little bit of a slog. But a lot of people have to deal with a lot more with a lot fewer resources, so I'm very fortunate, very blessed."

He thanked his doctor and the nurses at NewYork-Presbyterian. He also expressed appreciation for his NBC News colleagues, who visited him in the hospital, and all the Today viewers for their "outpouring of prayers and thanks. I'm a very fortunate person."

Roker said he was happy to be home surrounded by his wife ABC News's Deborah Roberts, daughters Courtney Roker Laga and Leila Roker as well as his brother Chris and his wife. He said his son, Nick Roker, would be home from college soon.

Savannah Guthrie called Roberts "a warrior. She loves you, Al — and has kept us all up to date."

Over the weekend, Roker shared that his sister Patricia died, but he did not discuss it on-air.

Roker has dealt with a series of health issues through the years, including a prostate cancer diagnosis in 2020. He had his prostate removed as well as surgeries to fix issues with his hip and knees. He also had gastric bypass surgery in 2002.