Sheriff’s deputies found the bodies of three people fatally shot at an Iowa campground before later discovering their apparent killer, who died of a self-inflicted wound, officials said Friday.

Jackson County Sheriff’s Office and Iowa’s Division of Criminal Investigation (DCI) “were notified of a triple homicide at the Maquoketa Caves State Park campground” at 6:23 a.m., according to a DCI statement.

“Sherwin appears to have suffered a self-inflicted gunshot wound, and there is no danger to the public.” 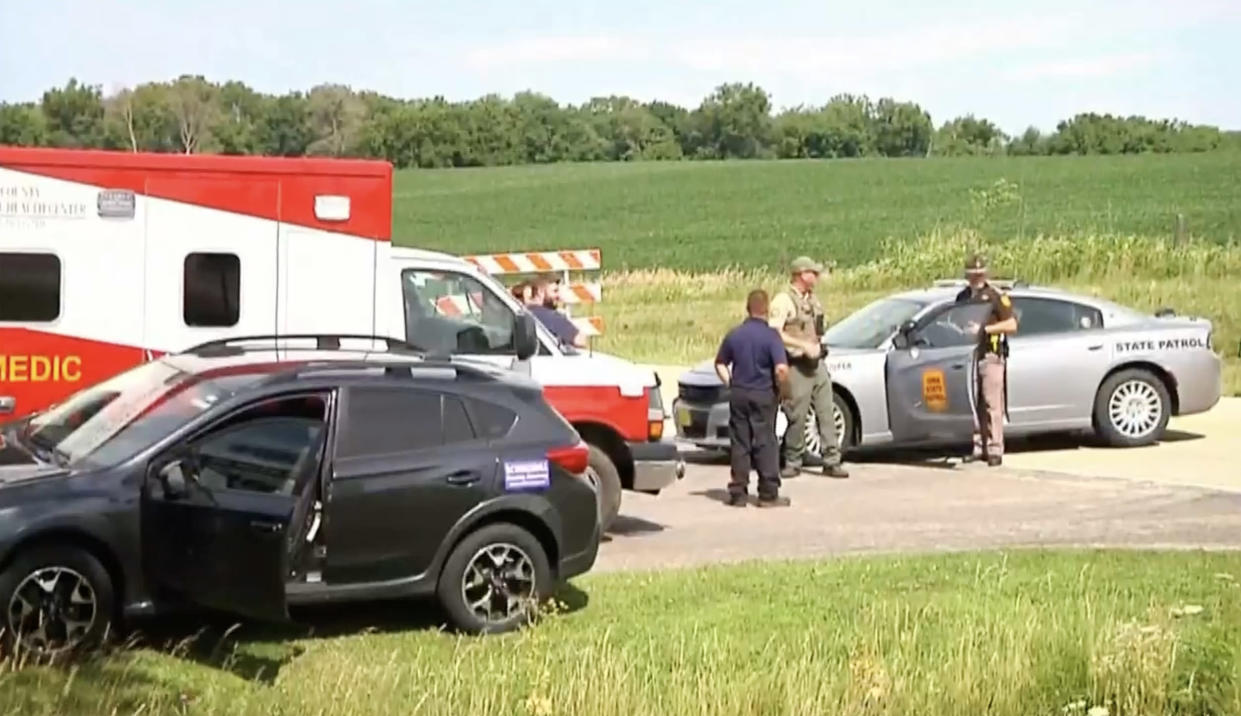 It wasn’t immediately clear if Sherwin, a Nebraska resident, knew the victims or was related to them, said Mike Krapfl, special agent in charge of the Iowa DCI.

“We had information that he was armed at the time,” when law enforcement first started looking for him, Krapfl told reporters.

“He was (found) near the campground a short distance away.”

Maquoketa Caves State Park is in far eastern Iowa, about halfway between Des Moines and Chicago. It remained shutdown going into the afternoon on Friday as investigators continued to gather evidence.

“I’m horrified by the shooting this morning at Maquoketa Caves State Park and devastated by the loss of three innocent lives,” Gov. Kim Reynolds said in a statement, on behalf of herself and First Gentleman Kevin Reynolds.

“As we grieve this unimaginable tragedy, Kevin and I pray for the victims’ family members and the law enforcement officers who responded to the scene.”

Staffers looking after 90 children with Camp Shalmon were about one mile from the incident and went into active shooter mode Friday morning, executive assistant Beth Sallak said.

The campers, who were wrapping up a Sunday-to-Friday stint, were evacuated to nearby Little Bear Park and largely kept in the dark about the reason for the evacuation, Sallak added.

“They didn’t have a sense of why,” Sallak told NBC News. “We kept them unaware of it. We just wanted to keep them calm and happy.”