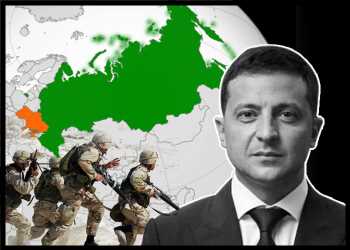 As Ukraine’s forces continue a counter offensive stunning the Russians in the eastern and southern borders, Ukraine has retaken more than 6,000 sq km of its territory from Russian control in September alone, according to President Volodymyr Zelensky.

“From the beginning of September until today, our warriors have already liberated more than 6,000 sq km of the territory of Ukraine – in the east and south,” Zelensky said in his video address to the nation Monday night.

This amounts to nearly 10 percent of Ukrainian territory that the Russian forces captured since its invasion in February.

“The movement of our troops continues,” added the top commander.

Ukrainian fighters are said to have repelled Russian forces back from key cities in the north-eastern Kharkiv region that they have held for more than six months.

US Secretary of State Antony Blinken confirmed that though the Ukrainian force made “significant progress” in their counter-attack, it was too early to say if the success is short-lived.

“The Russians maintain very significant forces in Ukraine as well as equipment and arms and munitions. They continue to use it indiscriminately against not just the Ukrainian armed forces but civilians and civilian infrastructure as we’ve seen,” Blinken said.

Meanwhile, the Deputy Head of the Office of the President of Ukraine Kyrylo Tymoshenko was quoted as saying Tuesday that Kharkiv is in blackout following “insidious shelling by Russian (forces).”