Home » Politics » What Could Happen If 'Roe v. Wade' Is Overturned 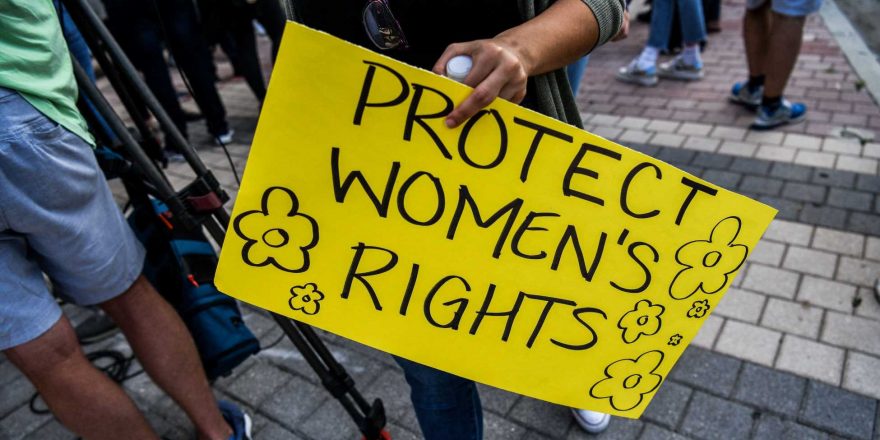 What Could Happen If 'Roe v. Wade' Is Overturned

As the Gilded Age-themed Met Gala red carpet came to a close last night, a draft of the Supreme Court’s decision on the future of Roe v. Wade was leaked by news outlet Politico. According to the draft, the court has a majority vote to revoke the ruling of the 1973 landmark case, which protects a pregnant person’s right to receive an abortion.

“Roe was egregiously wrong from the start,” wrote Justice Samuel Alito in the opinion draft. “Its reasoning was exceptionally weak, and the decision has had damaging consequences. And far from bringing about a national settlement of the abortion issue, Roe and Casey have enflamed debate and deepened division.”

The drafted decision is in response to Dobbs v. Jackson Women’s Health Organization, a case that has been four years in the making and with the court since 2021. Essentially, Mississippi is asking the Supreme Court to overturn Roe v. Wade and the 1992 Supreme Court decision from Planned Parenthood v. Casey. And it seems that’s the direction the SCOTUS is heading.

If Roe is overturned, individual states would basically be able to decide for themselves how they want to grant access to abortion, if at all. Here’s what—and who–will be at stake if this becomes our new reality.

States will be free to enforce abortion bans, preventing pregnant people from seeking this medical care

Like the issue being discussed in the Dobbs case about a law in Mississippi that prohibits abortions after 15 weeks, many states have similar laws in place that will be able to go freely and fully into effect if Roe is overruled. These are called “trigger laws,” and Arkansas, Idaho, Kentucky, Louisiana, Mississippi, Missouri, North Dakota, South Dakota, Tennessee, Utah, and Texas have them in place, according to the Guttmacher Institute.

Doctors who perform abortions could be sued and imprisoned

Texas’s “heartbeat bill” (a misleading name given that an embryo does not have a developed heart at six weeks’ gestation) forbids abortions after six weeks, and Idaho recently became the first state to pass a similar ban, following in Texas’s footsteps. Not only does Idaho’s law abide by the six-week determinant, but it also allows family members—even those of a rapist—to sue a medical provider for conducting an abortion. The law was passed, but the state’s highest court has prohibited it from being put into effect just yet.

But Oklahoma has a far more aggressive approach. As of mid-April 2022, abortions are only permitted if a pregnant person’s life is at risk in an emergency. If not, conducting the procedure is a felony for the medical professional that risks up to 10 years in prison. This law will be active by August 2022. 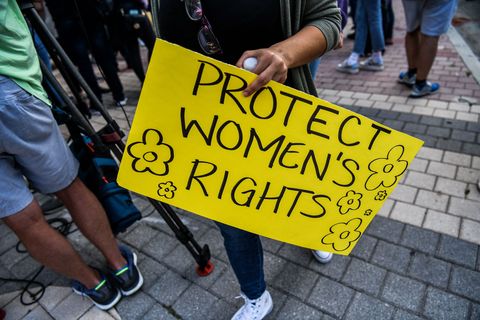 Those who receive abortions could also face legal consequences

In early April 2022, a 26-year-old woman was charged with murder in Texas for “the death of an individual by self-induced abortion” after getting the medical procedure. She was placed in a jail near the border with a $500,000 bond. The case was later dismissed, but it does offer a grim look into a possible future of what life could be like post-Roe.

Laws connected to Roe could be overturned in some states, too

In its SCOTUS-bound case, Mississippi pointed out that any case that relied on Roe for validity should also be revoked if that foundational law itself is no longer “relevant,” with special attention to laws that were passed between 1965 and 2015. Some of the laws passed during that timeframe include decisions on same-sex marriage and permitting forms of birth control, which make this language incredibly scary.

If abortions become restricted, that doesn’t mean they’ll go away—it just means the people who perform and receive them will be put at a higher risk both legally and medically, and the procedures done will likely result in more deaths, particularly among the country’s most vulnerable populations.

If you are at a loss of what to do in light of the SCOTUS leak, please check out these resources: