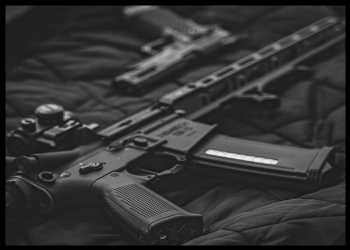 “The Assault Weapons Ban of 2023” would ban the sale, transfer, manufacture and import of military-style assault weapons and high-capacity magazines and other high-capacity ammunition feeding devices that hold more than 10 rounds of ammunition. This allows shooters to quickly fire many rounds without needing to reload. This type of a gun was used by a shooter on Saturday night to kill 11 people at a Lunar New Year’s celebration in Monterey Park, California.

These military-style combat weapons built for the battlefield and designed to maximize death and destruction continue to be the weapon of choice in most of the mass shootings in the United States in recent years.

The bill exempts by name more than 2,200 guns for hunting, household defense or recreational purposes. It includes a grandfather clause that exempts all weapons lawfully possessed at the date of enactment.

“The Age 21 Act” would raise the minimum age to purchase assault weapons from 18 to 21, the same requirement that currently exists for handguns. The legislation would create parity in federal firearms law by prohibiting the sale of assault weapons to individuals under 21.

Rep. David Cicilline (D-R.I) will introduce a companion version of the Assault Weapons Ban in the House.

“We were tragically reminded this weekend of the deadly nature of assault weapons when a shooter used one to kill 11 people and injure 9 more at a Lunar New Year celebration in California,” said Senator Feinstein. “The constant stream of mass shootings have one common thread: they almost all involve assault weapons. It’s because these weapons were designed to kill as many people as quickly as possible.”

“They have no business in our communities or schools. It’s time we stand up to the gun lobby and remove these weapons of war from our streets, or at the very least keep them out of the hands of young people,” she added.

The House of Representatives passed a assault weapons ban last year with bipartisan support, but the bill was blocked by Senate Republicans.

President Joe Biden urged both chambers of Congress to act quickly and deliver the Assault Weapons Ban bill to his desk to sign it into law.