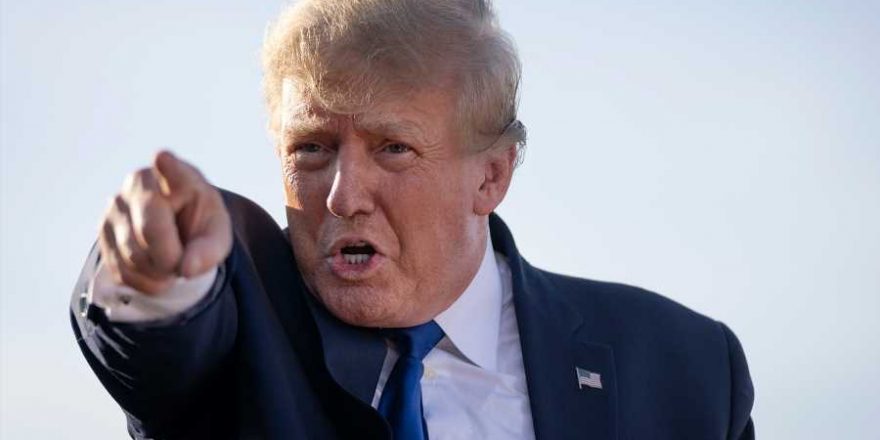 There are few things Donald Trump loves more than skirting accountability in court. But even the former president wasn’t able to avoid sitting for a deposition in a case brought by protesters who allege they were attacked by his security outside of Trump Tower ahead of the 2016 election.

The deposition was conducted last October, but excerpts released this week reveal that Trump swore under oath that he did not order his security detail to attack the protesters. They also reveal that he is afraid of fruit.

The partial transcript includes several pages of the former president discussing the potential that various produce items would be hurled at him during a speech. Trump had been asked to confirm whether he told people during a Feb. 2016 rally in Iowa to “knock the crap” out of anyone they see “getting ready to throw a tomato.” Trump confirmed he made the comment, although he said it was partially in “jest” and that the comment was directed to the audience, not to his security. “It was very dangerous,” Trump said.

Trump then claimed “we had a threat” that people were going to throw fruit at him, and that they were “going to hit hard.”

“And you get hit with fruit, it’s — no, it’s very violent stuff. We were on alert for that,” the former president said, noting that “it’s worse than tomato, it’s other things also,” but that the tomato is also “very dangerous.”

“You can get killed with those things,” Trump added.

Trump listed some of the things that could have been worse than a tomato after he was asked whether he would expect his security to “knock the crap out of” someone they thought was about to throw a tomato. “Well, a tomato, a pineapple, a lot of other things they throw … I think they have to be aggressive in stopping that from happening,” he testified. “Because if that happens, you can be killed if that happens.”

Trump later added that bananas were also a threat.