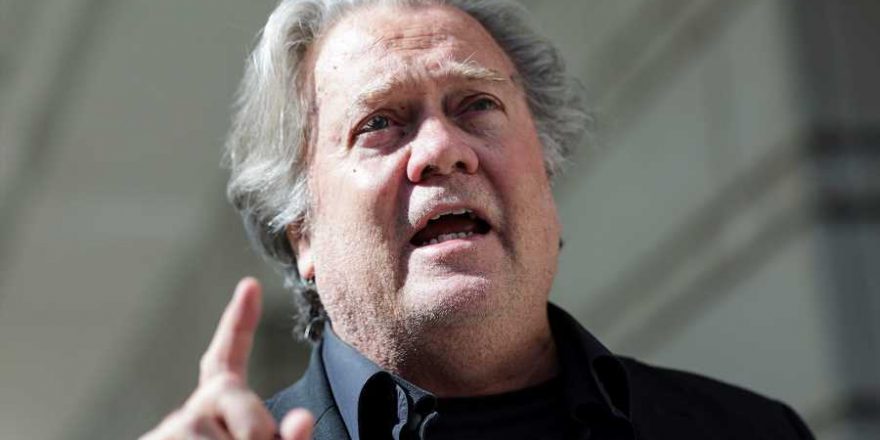 Steve Bannon Said 'All Hell Going to Break Loose' After Talking to Trump on Jan. 5

When Steve Bannon said on his radio show on Jan. 5, 2021 that “all hell” would break loose the following day, he wasn’t speculating. The Jan. 6 committee on Tuesday revealed that Bannon’s radio prediction came shortly after a phone call with President Trump, as the former president was in the final stages of preparing for his supporters to come to Washington to protest the results of the 2020 election.

The White House phone logs obtained by the Jan. 6 committee show that Trump spoke to Bannon at least twice on Jan. 5, once for 11 minutes beginning at 8:57 a.m., and again for six minutes beginning at 9:46 p.m. “All hell is going to break loose tomorrow,” Bannon said on the air after speaking to Trump that morning. “It’s all converging and now we’re on the point of attack tomorrow.”

The Beatles in India: 16 Things You Didn't Know

The Jan. 6 committee is focusing its seventh hearing on Trump’s insistence on overturning the election results despite a lack of evidence that any fraud took place, and how his actions led to the deadly riot at the Capitol. The committee began the hearing by highlighting Trump’s Dec. 19 tweet saying that the upcoming protest on Jan. 6 will “be wild,” and that the tweet was sent hours after the conclusion of a contentious White House meeting about the effort to overturn the election.

The committee also revealed that Trump’s Jan. 6 rally call for his supporters to march to the Capitol was premeditated. “I will be making a Big Speech at 10AM on January 6th at the Ellipse (South of the White House),” read a draft of a tweet obtained by the committee. “Please arrive early, massive crowds expected. March to the Capitol after. Stop the Steal!!”