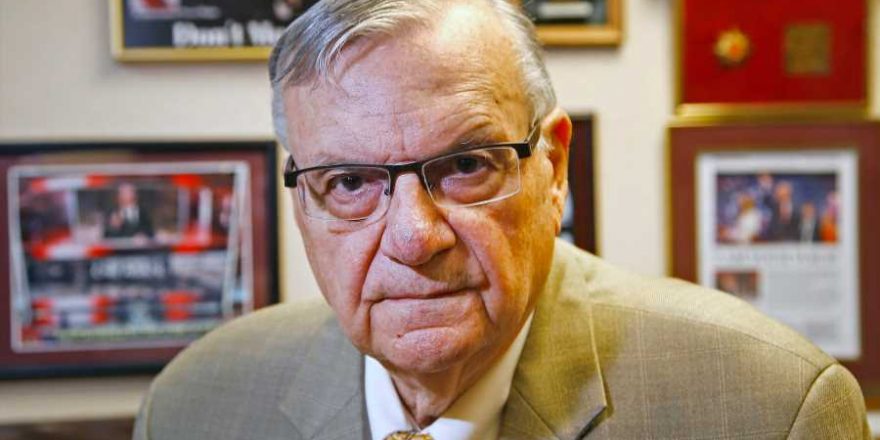 Joe Arpaio, the former sheriff of Arizona’s Maricopa County, lost a race for mayor of Fountain Hills on Wednesday. Arpaio’s defeat at the hands of two-term incumbent Ginny Dickey marks the fourth consecutive loss at the polls for the Trump-loving 90-year-old, dating back to his ouster as sheriff of the state’s most populous county in 2016, in part due to his abusive immigration tactics that have resulted in at least $100 million in taxpayer-funded legal bills.

Arpaio has yet to concede the race, though, and may pursue a legal challenge, according to the Associated Press. “I’m not a lawyer. I just want a little information,” Arpaio said. “In today’s environment, a large percentage of the people are not happy with the way the [election] system was working.”

Besides being a “birther,” Arpaio as sheriff refused to follow a judge’s order to stop racially profiling immigrants through traffic stops. After losing his reelection bid in 2016 and being convicted of contempt of court the following year, then-President Donald Trump pardoned him. Arpaio unsuccessfully campaigned for Senate in 2018 to fill the seat of retiring Republican Sen. Jeff Flake, losing in the GOP primary. Vice President Mike Pence gushed over Arpaio’s 24 years in office, calling him “a tireless champion of strong borders and the rule of law.” Keep in mind that Arpaio, a convicted criminal, bragged about running the open-air “concentration camp” at the Tent City jail, once schemed a fake assassination plot against himself to help his reelection chances, and bungled investigations into more than 400 sex crimes, according to state law enforcement agencies.

Rather than take the hint that voters have had enough of him, Arpaio in 2020 tried to regain his old job as sheriff only to lose in the primary to Jerry Sheridan, his former right-hand man who was also found to be in contempt of court for racial profiling, but was not criminally charged.