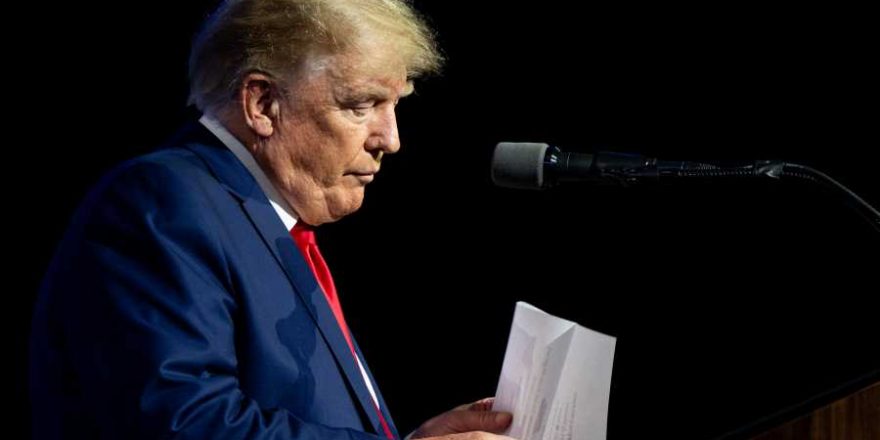 According to a report in The Washington Post, the anonymous sources claim declined to reveal specifics about the nature of the documents — including whether or not they pertained to nuclear weapons owned by the United States or another country. The Post also stated that the sources did not indicate if such documents were located during the Mar-a-Lago search. David Laufman, the former chief of the Justice Department’s counterintelligence section, told the publication that the speed with which authorities issued and executed the search warrant at the Trump estate suggested that the “material residing unlawfully at Mar-a-Lago may have been classified at the highest classification level.”

Gunman Who Tried to Break Into Cincinnati FBI Office Was at Capitol on Jan. 6

All 206 of Taylor Swift's Songs, Ranked

The revelation comes months after the National Archives and Records Administration retrieved 15 boxes of materials, some of which were classified, that were improperly removed from the White House at the conclusion of Trump’s presidency — a violation of the Presidential Records Act. Among those materials were the so-called “love letters” sent between Trump and North Korean dictator Kim Jong-un. According to the Post, sources from within the Trump administration claimed sensitive documents — including signals intelligence, which includes intercepted communications made by foreign leaders — were “routinely mishandled” by the former President and his staff and were regularly in the possession of individuals who lacked clearance to handle such material.

On Thursday, Attorney General Merrick Garland made a rare public statement addressing the investigation and revealed the Justice Department filed a motion to unseal the search warrant and property receipts from Monday’s raid, citing “substantial public interest in this matter.” Although Garland did not comment upon specifics of the investigation, he did state that the embattled former President had the right to “lodge objections” to the request, “including with regards to any ‘legitimate privacy interests’ or the potential for other ‘injury’ if these materials are made public.”

The search of Mar-a-Lago has appeared to cause significant distress for Trump, who called Monday’s events “political persecution” by “Radical Left Democrats who desperately don’t want me to run for President in 2024.” His response is emblematic of the paranoia that has plagued the former president for years, as revealed in a Rolling Stone report published earlier this week. “He has asked me and others, ‘Do you think our phones are tapped?’,” one source said. “Given the sheer volume of investigations going on into the [former] president, I do not think he’s assuming anything is outside the realm of possibility.”