A Baptist church in Michigan has canceled a blatantly anti-Islam lecture series after heated backlash from politicians and religious leaders.

Bloomfield Hills Baptist Church’s two-day event, originally scheduled to start Wednesday, promised to provide two “vital briefings” about how Islam is supposedly threatening the U.S., according to a flyer for the event.

The church’s pastor, Donald McKay, has proudly embraced the label “Islamophobe,” telling Fox 2 Detroit last week that he believes “committed Muslims” are seeking to overthrow the U.S. and dominate the world.

“We don’t hate Muslims. We hate the ideology they are identified with,” McKay said.

The church’s website now says the lectures have canceled. McKay did not immediately respond to a HuffPost request for comment.

Local and state politicians had denounced the church’s intent to host the anti-Muslim lecture series. Reps. Debbie Dingell and Andy Levin, both Michigan Democrats, condemned the event in a joint statement last week, urging the church to cancel it and instead “recognize America’s rich cultural and religious diversity.”

Michigan’s chapter of the advocacy organization Council on American Islamic Relations (CAIR) called the planned series “troubling,” especially in light of a nationwide spike in hate crimes against Muslims.

Shahram Hadian, an ex-Muslim, evangelical preacher, was scheduled to deliver one of the lectures. With his ministry, the Truth in Love Project, Hadian travels across the country spreading inaccurate information about American Muslims and the supposed “threat” of Sharia law being implemented in U.S. courts.

Hadian was scheduled to talk to McKay’s church about how interfaith dialogue is “compromising the Gospel” and “national security.”

Dawud Walid, executive director of Michigan’s American-Islamic Relations council, told The Detroit Free Press on Monday that “though we believe that houses of worship have the right to preach their doctrine, we find it incredibly irresponsible for a church to invite someone who has the objective of spewing clear anti-Muslim bigotry.” 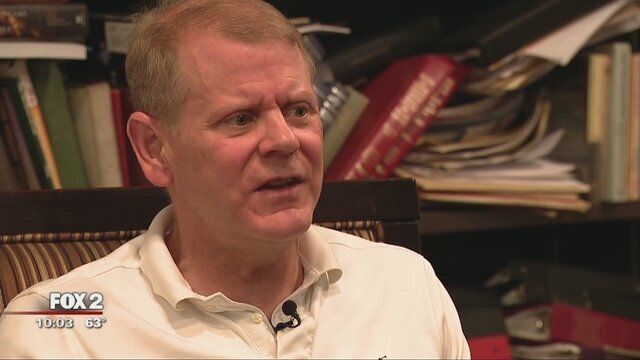 Jordan Denari Duffner, a Catholic author who has written extensively about Muslim-Christian relations, told HuffPost that the talking points Hadian’s project uses have been echoed by other Islamophobic groups ― and were used in the past to scapegoat other religious groups, as well.

“Hadian’s organization claims to speak the ‘truth with love,’” she told HuffPost. “But instead they seem intent on sowing mistrust and misunderstanding of Muslims, not to mention support for discriminatory policies that would marginalize Muslim communities.”

He defended McKay as a “courageous” pastor, but claimed the church’s elders had “caved to the pressure, lies, and name calling” from the media, CAIR, “leftist politicians” and the interfaith community.

Hadian said that in lieu of a live meeting, his session would take place via webinar.

Bloomfield Hills Baptist Church appears to be part of the North American Baptist Conference, a denomination that was founded by German immigrants in the mid-19th century. Rev. Dr. Daniel Hamil, executive director of the conference, told HuffPost that it believes Jesus teaches Baptists to love and pray for Muslims.

“The values of the North American Baptist Conference of churches oppose the violence and anger so often reflected in Islamophobic rhetoric and activity,” Hamil said in an emailed statement. “Our hope is that any congregation of Christ-followers that endorses any manner of Islamophobia would remember that the fear of the other is neither appropriate nor necessary when living under the guidance of a good and gracious God (1 John 1:18; Psalm 23:4).”

Shoulder to Shoulder, a Washington, D.C.-based interfaith coalition against Islamophobia, conducted a “Faith Over Fear” training session in Bloomfield Hills in April, according to its executive director, Catherine Orsborn. She said her team was heartened by the turnout and the strength of the relationship among the city’s various religious communities.

As a Christian herself, Orsborn said she strongly disagreed with Hadian’s claim that interfaith dialogue with Muslims compromises the Gospel.

“I wouldn’t want people to make assumptions about me or my religious beliefs based on what they know about certain others who identify as Christian,” she said in an email. “I think we all owe it to one another to get to know people as they are, not as stereotypes or widespread misinformation would have us believe.”