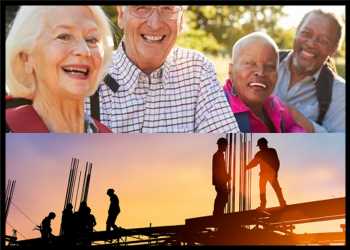 The President will address union workers and retirees at the Max S. Hayes High School in Cleveland, Ohio, at 3:15 PM ET announcing the final rule.

The Special Financial Assistance Program is estimated to protect millions of workers in multiemployer pension plans who faced significant cuts to their benefits due to the pandemic.

Before the American Rescue Plan, workers and retirees participating in more than 200 multiemployer pension plans faced the prospect of not receiving the full benefits they earned and need to support them and their families in retirement.

These plans are insured by a federal agency, the Pension Benefit Guaranty Corporation (PBGC). PBGC provides partial protection of the benefits of approximately 10.9 million workers and retirees in around 1,400 private-sector multiemployer, union-connected plans. Prior to the America Rescue Plan, the PBGC’s multiemployer pension insurance program was projected to become insolvent in 2026.

Important policy changes from the Interim Final Rule to the Final Rule ensure that all plans that receive Special Financial Assistance are projected to be solvent and pay full benefits through at least 2051.