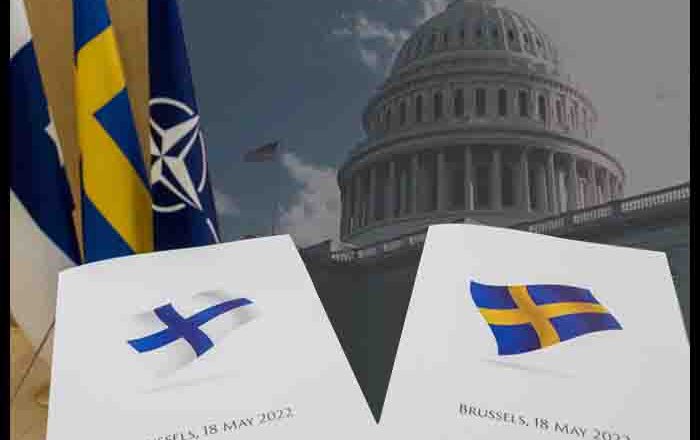 As the United States’ first step towards giving its approval to Finland and Sweden’s NATO membership bid, President Joe Biden sent to the Senate the protocols for the accession of the two Baltic countries to the defense alliance.

“I transmit herewith, for the advice and consent of the Senate to its ratification, the Protocols to the North Atlantic Treaty of 1949 on the Accession of the Republic of Finland and the Kingdom of Sweden,” Biden said in a message to the Senate on Monday.

Finland and Sweden “more than meet the qualifications” required to become NATO members, according to the U.S. President.

They will be net contributors to the Alliance in both capabilities and resources and they share critically important values with the United States, Biden said. Finland’s and Sweden’s accession will help further United States priorities within NATO, he added.

Biden urged the Senate to continue working with his Administration in advancing a strong and free Europe by providing its prompt advice and consent to ratification of the Protocols.

Also, the Department of State transmitted an overview of the Protocols for the information of the Senate.

The North Atlantic Council’s approval of the applications for NATO membership requires ratification by the parliaments of all the countries of the 30-member bloc.
The Senate is expected to ratify the protocols for the accession.

NATO leaders had taken a historic decision to invite Finland and Sweden to become members of the Alliance at their summit in Madrid last month. The Protocols were signed on behalf of the United States and other Parties to the North Atlantic Treaty on July 5 in Brussels.

Article 10 of the North Atlantic Treaty, which outlines NATO’s Open Door policy, is part of the doctrinal foundation of the Alliance.

The defense alliance currently has 30 members. A potential expansion of the defense bloc with the addition of these two countries is seen as a big political challenge by Russian President Vladimir Putin as his war to conquer Ukraine grinds ahead.