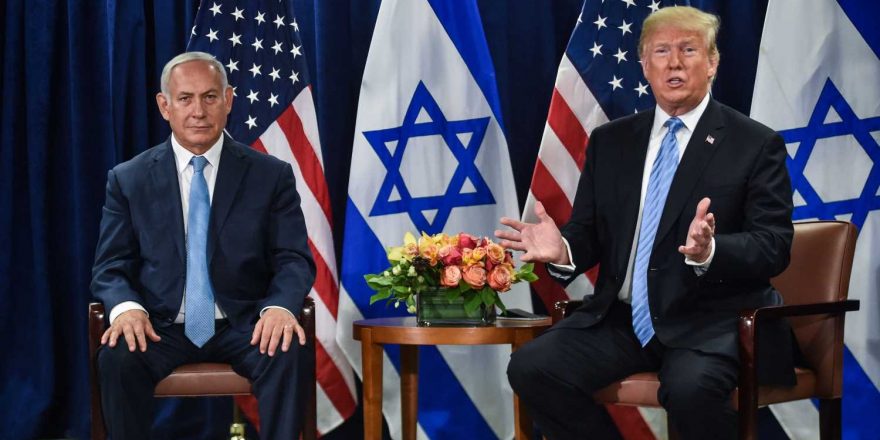 But he blasted many of the Trump administration’s decisions as “destructive” and “short-sighted.” And yet four months into his term, Biden has left many of former President Donald Trump’s pro-Israel policies in place – leading to frustration in Washington and the Middle East.

Biden has been clear he supports a two-state solution to the intransigent conflict. But he has punted on some of the most contentious issues, even as the worst violence in years continues to grip the region.

The spark that ignited the conflict was an effort by Jewish settlers to evict Palestinian families from their homes in East Jerusalem. But it has spiraled into a deadly military confrontation between Hamas, the terrorist group that controls Gaza, and the Israeli military forces.

On Saturday, an Israeli airstrike on a refugee camp killed at least 10 Palestinians from an extended family, mostly children, the deadliest single strike of the current conflict, according to the Associated Press. In less than a week of fighting, more than 120 Palestinians have been killed in Gaza and at least seven Israelis.

“The current violent escalation shows that this is not an issue that can be left on the back burner. It’s not a sustainable status quo,” said Logan Bayroff, vice president of communications for J Street, a left-leaning advocacy group that describes itself as “pro-Israel, pro-peace.”

Here’s a look and what Trump did and how Biden’s position differs – or not.

Palestinians assess the damage in a building caused by Israeli air strikes, in Beit Hanun in the northern Gaza Strip, on May 14, 2021. (Photo: MAHMUD HAMS, AFP via Getty Images)

Embassy moved to Jerusalem and hasn’t moved back

Fulfilling a campaign promise, Trump broke with decades of Washington policy and moved the U.S. embassy from Tel Aviv to Jerusalem in 2018, backing Israel’s claim on the disputed capital and holy city for Jews, Muslims and Christians. The decision thrilled his base of conservative and right-wing Israel supporters and evangelical Christians but sparked a wave of criticism from the international community and the Palestinians.

First daughter Ivanka Trump paired a long skirt with a blazer to unveil an inauguration plaque during the opening of the US embassy in Jerusalem on May 14, 2018. (Photo: MENAHEM KAHANA, AFP/Getty Images)

Trump’s decision followed through on a 1995 law that recognized Jerusalem as Israel’s capital, which Biden voted for as a senator. But successive presidents delayed the move, aligning with the international view that the holy city’s status should be negotiated between the Israelis and Palestiniansas part of a broader peace deal that also established a Palestinian state.

The Biden administration has signaled it has no intention of moving the American embassy back to Tel Aviv. Biden, as a presidential candidate, said that he would keep the embassy in Jerusalem despite calling Trump’s decision “short-sighted and frivolous.”

But the administration has been silent about what it defines as Jerusalem’s boundaries, part of a larger policy vacuum by the U.S. that is feeding into the situation on the ground, said Khaled Elgindy, director of program on Palestine and Palestinian-Israeli affairs at the Middle East Institute.

While Israel claims Jerusalem as its capital, the Palestinians claim East Jerusalem as the capital of a future Palestinian state. The U.S. is one of only a handful of countries to recognize Israel’s claim to the entirety of the city.

East Jerusalem, which Israel occupied along with the West Bank, Gaza as well as most of the Syrian Golan Heights and the Egyptian Sinai peninsula in 1967, has become a flashpoint for recent unrest and protests, where the threat of eviction of some Palestinian families has exacerbated the violence.

“There’s no credible way to have a Palestinian state without a sovereign capital in East Jerusalem,” Elgindy said. “It changes the way that you address the expulsions. If you do recognize it then what’s happening is not a property dispute, it’s settlement activity and it’s illegal under international law.”

A Palestinian man argues with Israeli Knesset member and head of the far right Jewish Power (Otzma Yehudit) party Itamar Ben-Gvir in the Sheikh Jarrah neighborhood of the Israeli-annexed east Jerusalem on May 10, 2021. (Photo: GIL COHEN-MAGEN, AFP via Getty Images)

White House press secretary Jen Psaki sidestepped a question when asked about the president’s position on East Jerusalem as part of a two-state solution.

“That is an issue that has long been and will always be for discussion between two parties in a negotiation about the path forward, so I don’t have an additional position,” she told reporters Friday.

More recently, the administration has been evasive about whether it plans to reopen the U.S. Consulate General in Jerusalem, which had served as the White House’s main channel of communication to the Palestinians.

The Trump administration shuttered the consulate in 2019 and merged it with the embassy to serve as one diplomatic mission. Psaki did not answer questions Wednesday when asked whether the administration would reopen that diplomatic facility.

‘Deal of the Century’

Like his predecessors, Trump said he wanted to broker an Israeli-Palestinian peace deal, and he tasked his son-in-law, Jared Kusher, to tackle one of the world’s longest-running and most intractable disputes.

Trump initially waffled on whether he supported a “two-state solution,” a cornerstone of U.S. policy for decades. The two-state solution envisions a negotiated settlement leading to an independent Palestinian nation alongside Israel and sharing a capital of East Jerusalem.

In an early meeting with Israel Prime Minister Netanyahu at the White House, Trump said he was neutral on the issue.

“So I’m looking at two-state or the one-state,” Trump said in 2017. “I’m happy with the one they like best,” he said, referring to the Israelis and Palestinians.

When Kushner unveiled his much-delayed peace proposal – the so-called “Deal of the Century” – it endorsed a two-state solution, though critics said the plan was definitively pro-Israel. The plan was developed without any Palestinian input; Palestinian leaders refused to deal with the Trump administration because they viewed him and his advisers as biased toward Israel.

The proposal – which went nowhere – would have more than double territory under Palestinian control. But it also would have recognized Israeli sovereignty over major settlement blocs in the West Bank, a scenario many Palestinians would find difficult to accept. And it would have limited Palestinians to specific parts of East Jerusalem, leaving Israel in sole charge of holy sites that are sacred to both religions.

The Biden administration has been clear that it supports a two-state solution, though Biden has not made solving the Israeli-Palestinian conflict a priority.

While many previous presidents named high-wattage special envoys to jumpstart the peace process, Biden has not done so. Amid the current conflagration, the State Department dispatched a deputy assistant secretary for Israeli and Palestinian Affairs, Hady Amr, to the region to help mediate.

Critics say Biden wanted to ignore the long-stalled peace process to focus instead on reviving the Iran nuclear deal and countering China. Biden’s advisers say he has been “deeply engaged” as the decades-old tensions between Israel and the Palestinians erupted in a deadly military conflict.

Israel and the Golan Heights left in place

In March 2019, Trump overturned decades of U.S. policy by recognizing Israel’s sovereignty over the Golan Heights, a disputed territory that Israel seized from Syrian control during the Six Day war in 1967.

Previous U.S. administrations have labeled the territory as “occupied” and have refused to recognize Israel’s forcible annexation. Trump’s move prompted a rebuke from the United Nations Security Council and put the U.S. at odds with allies such as France and the United Kingdom, which also see Israel’s annexation as illegal.

Trump argued the territory is critical to Israel’s security, and Netanyahu welcomed the move as historic.

In a February interview, Secretary of State Antony Blinken suggested Biden would leave the Trump-era policy in place, though he did not fully endorse the annexation either.

“As a practical matter, the control of the Golan in that situation I think remains of real importance to Israel’s security,” Blinken told CNN in February. “Legal questions are something else and over time if the situation were to change in Syria, that’s something we look at, but we are nowhere near that.”

In 2018, the Trump administration moved to zero out funding for the United Nations’ aid program for Palestinian refugees, part of a broader policy restricting assistance to the West Bank and Gaza.

The U.N. Relief and Works Agency provides health care to more than 3 million Palestinians, education assistance to 500,000 children, micro-loans to another 400,000 beneficiaries, among other aid.

Trump’s State Department spokeswoman at the time, Heather Nauert, said the U.S. shouldered a “very disproportionate share” of the cost for UNRWA and said the group classified too many Palestinians as refugees.