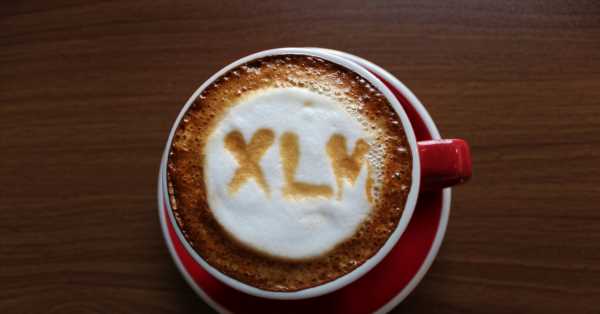 Payments-focused Stellar blockchain’s native cryptocurrency XLM has surged to over two-year highs. One analyst says the rally is driven by rival cryptocurrency XRP’s misfortunes and the U.S. Office of the Comptroller of the Currency’s (OCC) recent guidance on stablecoins.

XLM changed hands at $0.2990 at 11:00 UTC, the highest level since November 2018. The third-largest cryptocurrency by market capitalization has doubled in value so far this week and has gained more than 50% in the past 24 hours, according to CoinDesk 20 data.

Trading volumes have picked up, alongside the price rally. “Average volumes captured by the CF Benchmarks’ XLMUSD settlement price has more than doubled in the past 14 days,” Sui Chung, CEO of CF Benchmarks told CoinDesk. Price gains backed by an uptick in volumes are considered sustainable by chart analysts.

According to Denis Vinokourov, head of research at the London-based prime brokerage Bequant, XLM is enjoying a two-fold benefit at the expense of XRP, in part, because XLM is a modified fork of XRP.

On Dec. 22, the SEC filed a lawsuit against Ripple Labs, Ripple Labs, a San Francisco-based developer of the Ripple payment protocol and exchange network, for raising $1.3 billion over a seven-year period to retail investors through its sale of XRP. Since then, the price of XRP has halved to near $0.20 and the crypto community is speculating that funds are being rotated out of XRP into XLM.

Further, XLM seems to be benefitting from the U.S. OCC’s recent decision to allow U.S. banks to use public blockchains and dollar-backed stablecoins as a settlement infrastructure in the financial system, Vinokourov told CoinDesk in a Telegram chat, while adding that, “XRP is unlikely to benefit from in the meantime as it deals with the SEC case.”In addition, XLM is continuing to rise following Stellar’s announcement earlier this week that it’s helping Ukraine develop a central bank digital currency (CBDC). Even though Ukraine has since downplayed the importance of Stellar’s role and that the XLM coin would play no part in the CBDC, it apparently hasn’t stopped some investors from buying the token.

“it was reported that the Ukrainian government selected the Stellar blockchain network to build its prospective CBDC, CF Benchmark’s Chung told CoinDesk. “This is turning into a perfect storm for XLM.”

At press time, XLM is changing hands near $0.2850, and XRP is trading at $0.2290, down 3% on a 24-hour basis. Several cryptocurrency exchanges have delisted XRP since the SEC announced its lawsuit on Ripple. Further,Grayscale Investments has removed XRP from its large-cap crypto fund and and crypto fund manager Bitwise has liquidated its XRP holdings. Grayscale Investments is owned by CoinDesk’s parent company Digital Currency Group